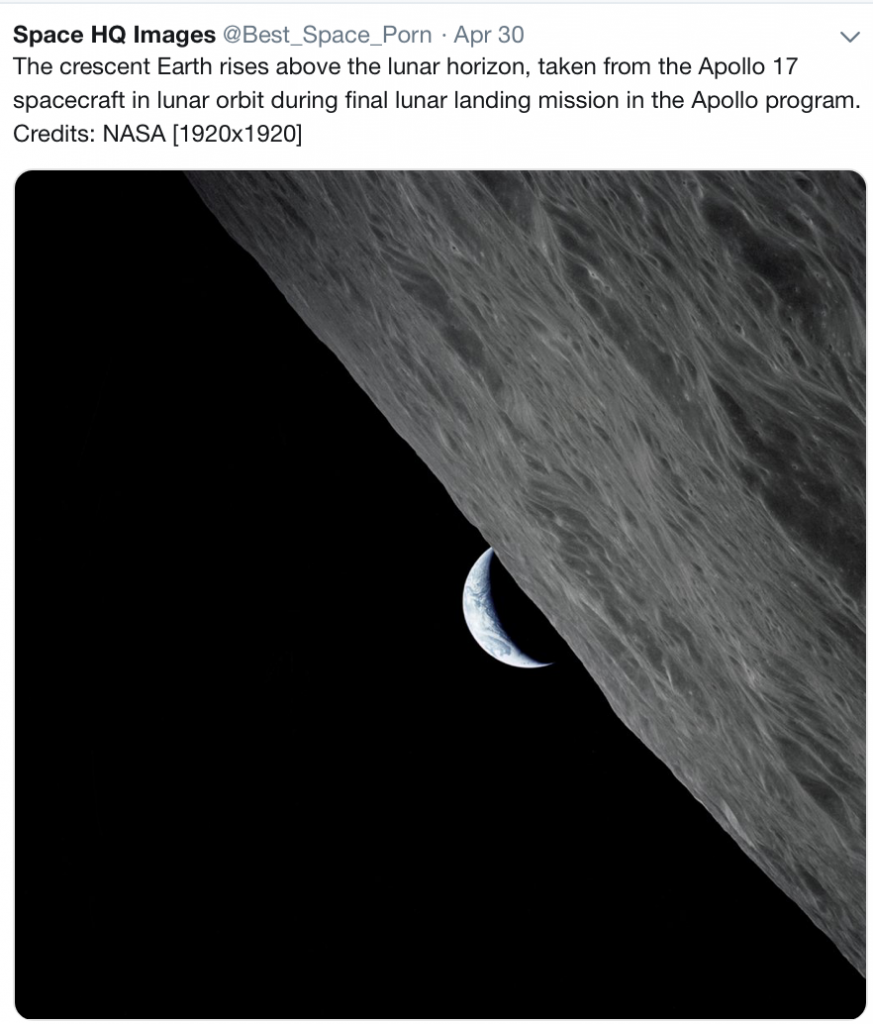 “The difficulty, my friends, is not in avoiding death, but in avoiding unrighteousness; for that runs faster than death.” ― Plato, Apology

Over the next 5 days, I will be traveling to Asheville to attend a conference with my husband. There are a number of posts which need writing and instead of putting them all into the same post, I will write a series of shorter posts. These will include Willow Creek developments, the SBC executive committee, the ERLC conference on abuse and maybe one or two others. Each of these are so different that it makes more sense to post them separately. So you will see a few popping up in the next couple of days.

The apology was then posted on the HBC website here. 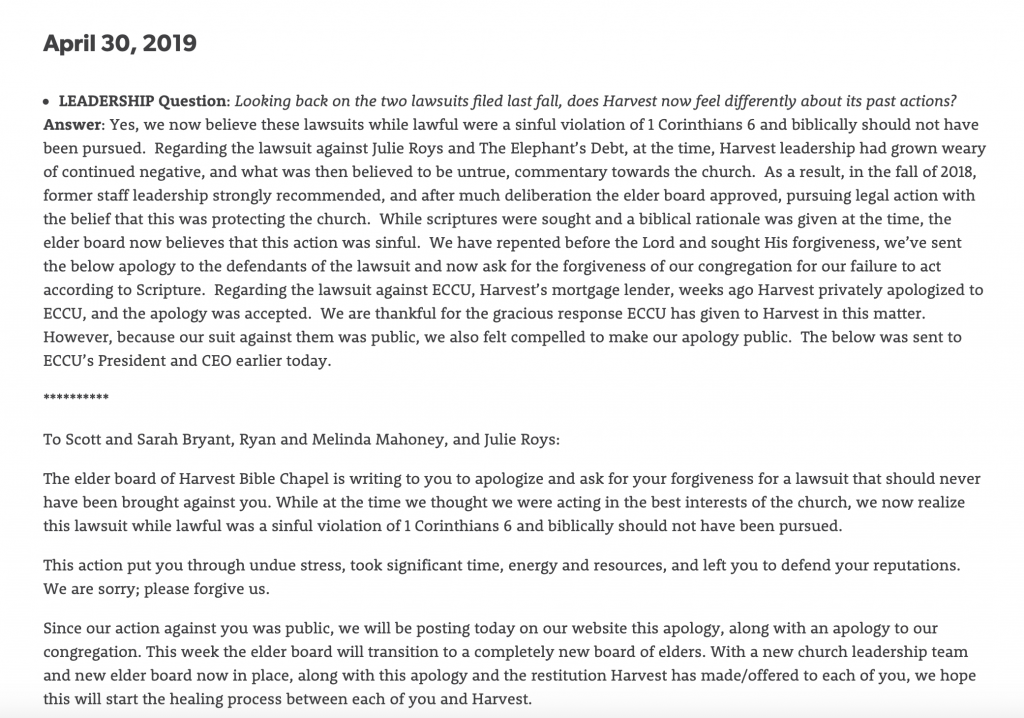 Here are some excerpts.

The elders claim to have pursued what is biblical and honors God since announcing that they will resign.

I don’t trust them. They have disqualified themselves. I hope the new elder board will review everything that the old board did.

The church is now in reconciliation talks with James MacDonald.

MacDonald wants his money. I bet he wants a boatload of money. He doesn’t deserve a penny. 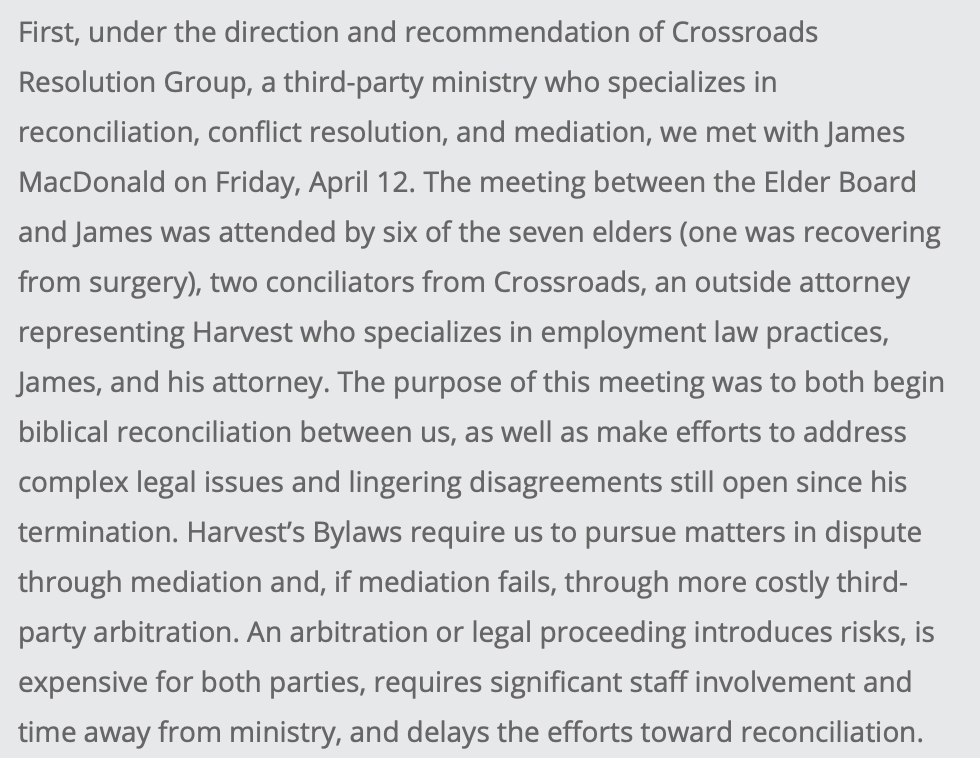 Odd. They appear to be saying the church may find it difficult to have an elder board with all newbies. Sadly, there was no elder board which functioned like a real elder board in the past. They were simply MacDonald’s boys. I say that no one should support anyone until they have proof that the newbie board is actually worth trusting. Folks, ask questions…lots and lots of questions. Don’t accept anything outright. 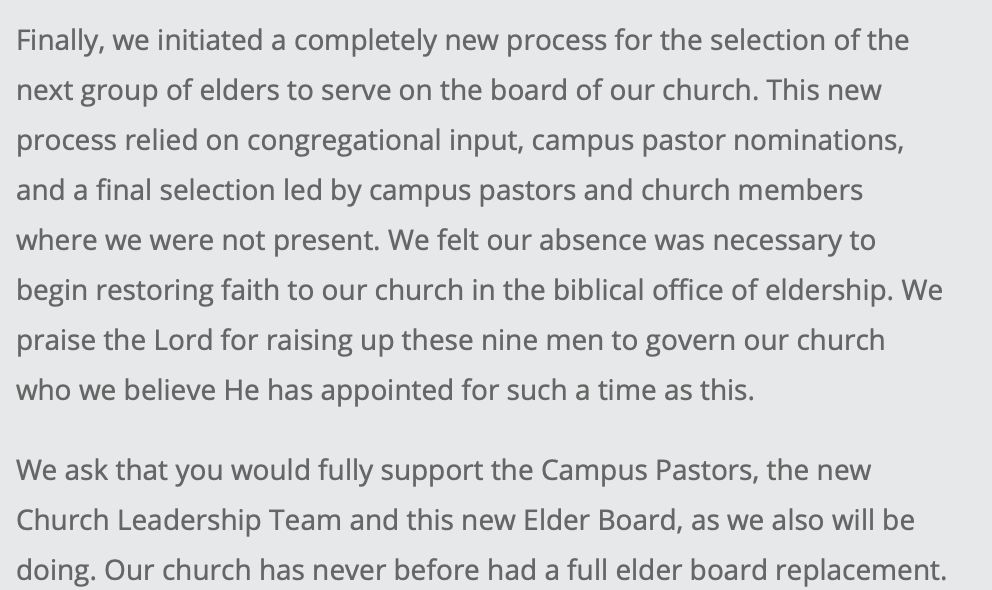 The old elders went through a trying time….

I disagree. The members of the church who weren’t elders went through a trying time. Until the lawsuit broke,  few people understood how corrupt the system was at HBC. Frankly, this elder board participated in this despicable example of church leadership.

These elders have reached the conclusion that this action was sinful baed on 1 Corinthians 6:1-8 NIV

If any of you has a dispute with another, do you dare to take it before the ungodly for judgment instead of before the Lord’s people? 2 Or do you not know that the Lord’s people will judge the world? And if you are to judge the world, are you not competent to judge trivial cases? 3 Do you not know that we will judge angels? How much more the things of this life! 4 Therefore, if you have disputes about such matters, do you ask for a ruling from those whose way of life is scorned in the church? 5 I say this to shame you. Is it possible that there is nobody among you wise enough to judge a dispute between believers? 6 But instead, one brother takes another to court—and this in front of unbelievers!

7 The very fact that you have lawsuits among you means you have been completely defeated already. Why not rather be wronged? Why not rather be cheated? 8 Instead, you yourselves cheat and do wrong, and you do this to your brothers and sisters.

Yet many of their statements during this time period appealed to Scripture to justify these actions.

Why did the elders allow the lawsuit to go forward knowing (or maybe they didn’t) that the defendants would ask for the financial records?

When I heard about the lawsuit, I immediately sent my prayers to The Elephant Debt folks, along with my prediction. I told them that the lawsuit would not go forward if they were planning to ask for the financial records. I suspected that MacDonald might not want his salary and other *benefits* known by the tithers in his church.

Also, TED puts lots of time and effort into their website and they were be a in position to be able to pull back the curtain via requests for financial disclosures but I knew MacDonald wouldn’t allow that. MacDonald went to court to prevent that information from getting out there. The judge told him to pound sand.  I was correct. I am not *elder material* for HBC and yet, even little ole me knew this would happen.

Was there no one in that whole group of MacDonald besties who warned him about the stupidity of the lawsuit? Good night! This was dumb!

Why I still don’t trust the church

Julie Roys had this to say.

One note: if you follow the link for specifics on the lawsuit, you’ll read, “Regarding the lawsuit against Julie Roys and The Elephant’s Debt, at the time, Harvest leadership had grown weary of continued negative, and what was then believed to be untrue, commentary towards the church.” For the record, when the lawsuit was filed, I hadn’t written anything about the church–nothing. And as far as I know, practically everything printed by The Elephant’s Debt has proven to be true. Harvest needs to make note of that.

It appears that the elders of the church are still not handling the truth in a scrupulous and insightful manner. I wouldn’t give one thin dime to the church until full disclosure is made and the effort to recoup any misuse of money has begun to produce results.