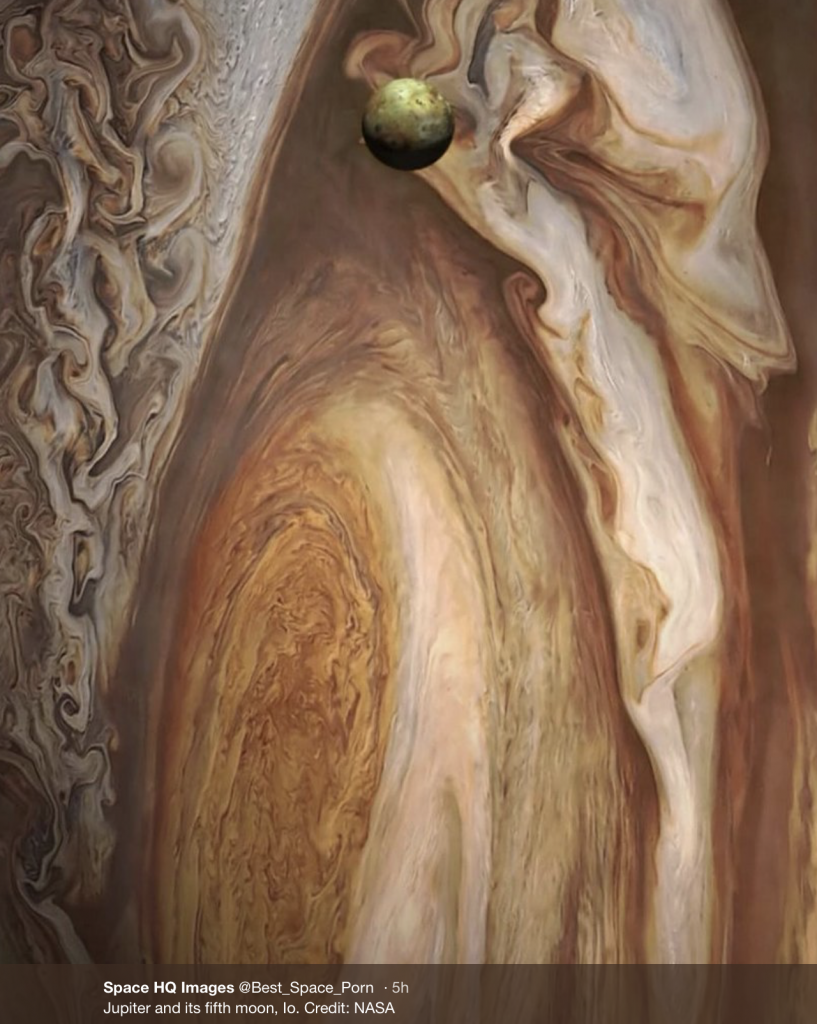 I’m like a renegade and that rubs people wrong. David Carradine

As things continue to swirl around the fact that major Christian entities think that it is perfectly fine for one of their own to accept a valuable gift like a car, Greg Gordon, founder of Sermon Index, is the next in line of Christian male leaders who are are denouncing bloggers.This means bloggers are making a difference and the men who used to control the microphone in the pulpit now have competition.

Gordon overlooks the reality of Scripture

Gordon overlooks both the Bible and historical figures. I like to take a long view of Scripture. If one looks at many of the leaders and people in the Old Testament, one sees God clearly outlining their many diverse faults. Moses, David, Samson, Adam and Eve, Noah, and on and on.

Now, slide on over to the New Testament. We’ve got Peter and Paul getting miffed at one another. Revelation reports on entire churches like Sardis and Ephesus who were rigid, loveless and dead.The Corinthians seemed to revel in their freedom, accepting a man who was sleeping with his mother in law.

News flash: the failures of God’s people necessitated the coming of Jesus because we were and are helpless sinners. We are positionally holy but are functional sinners. And guess what? Despite our obvious failings, the Gospel spread throughout the world. I believe that it was the willingness of the faithful to boldly confess their sins while at the same time pointing to a Savior who forgives those sins that drew people to the faith. Most people get that they are sinful. And, even more importantly, they know that all of those Christian leaders are just as sinful.

It is wrong to pretend that the world is looking for perfect leaders whose only sins appear to be ignoring the speed limits and eating too much at the Golden Corral. They are looking for truthful leaders who live out their lives in front of a watching world. We are to be a city of the hill, a gathering of those under the spotlight who are comfortable in their skin: positionally holy and functionally sinful. The Gospel demands that we speak to that reality. The New Testament particularly commands that church leaders be role models; not role models of perfection but role models of those who are humble, repentant and honest.

This blog is named after the castle in which Martin Luther hid when the Pope was looking to punish him for his behavior. What was that behavior? He published his 95 Thesis: a treatise on the unbiblical nature of indulgences. Luther would go on to criticize many of the practices of the church. Luther didn’t keep his mouth shut. He spoke out quite loudly and critically. The Gutenberg press, which came into broad usage in 1500, printed much of what Luther wrote. It was the internet of that day. Luther pointed out the failings of the church because he was compelled to do this. An assignment from God…Others such as Jan Hus and William Tyndale were others who would not stay silent

Yet, Gordon would commend these men who were so critical of the church and its leaders. He would say that they were godly. Why? Because history would prove them to be so. Yet Gordon does not think the same of those who would speak out against sex abuse, misuse of church funds, foul speech, etc.

Let”s take a look at some of Gordon’s exact statements. I sure wish he would have done the same.he didn’t do his homework. His post is a simplistic “I don’t like them.”  No proof just lots of whine.

Like feeding fresh bloody fish to a group of swarming sharks, the frenzy ensues as web links are made and a new viral news article is born at the great expense of the character of a Christian leader as well as the testimony of Christ.

What does he mean that the exposing sin of a leader hurts the character of a Christian leader? Pastors who sexually abuse children and women, who use donations to lead privileged lives, who abuse people who ask question about their ministry, etc. have character? That isn’t character. That is sin and, in some instances, crimes.

There is a lost world looking on as we quickly share articles that accuse brothers and sisters of things that are not provable facts in many cases.

So, what does Gordon want us to do? Pretend we are good when we are not? Is that what the Gospel teaches us? Also, the watching world sees through our smoke screens. They know we aren’t good. Many of them have been victims of our less than stellar public witnesses.

As for provable facts, I do the best that I can do in that area and I have a pretty good track record.Those bloggers who I have been privileged to know also do a good job. Gordon, of course, makes a claim without pointing out examples. Is he being truthful here or merely overstating his unremarkable case.

…worse yet, mainstream Christian internet news have embraced them as the most credible sources of information for the next failure of a Christian leader or organization.

This may be the real reason for his post. It is obvious that Gordon has little experience with mainstream media. He doesn’t seem to know that these groups must do significant background checking before they print a report. For example, Robert Downen of the Houston Chronicle had to check and recheck his information before publishing his remarkable report of child sex abuse in the Southern Baptist Convention. They have fact checkers, lawyers, editors, etc.They have to get it right so they don’t get sued. Some are actually in the business to tell the truth.

Actually, many mainstream media outlets have broken down the cone of silence amongst well known Christian leaders who were determined to keep the heinous actions of their friends buried deep in the Texas soil.

These bloggers consider themselves judge, jury, and executioner at the same time. …their insatiable appetite is never filled and they continually ask for more punishment, retribution, and supposed justice on the individuals.

Hmmm. I can”t be judge or jury. Those churches who have hired men like Andy Savage who I believe molested Jules Woodson have to make the decision to either fire them or not. Law enforcement should be brought in to investigate and to prosecute a crime if one has occurred. Also, Is Gordon saying that a pedophile pastor shouldn’t be punished?

it is never enough, because some of the main motives behind their accusations are things like self-promotion, unforgiveness, or seeking popularity and acclaim.

Gordon must be God’s right hand man because only He can know motives. I never judge the motives of people because I do not know what goes on in their hearts. The 10 Commandments warns us to not bear false witness. I challenge him to prove what he says here. I always link to the claims that I make. He didn’t give one example in his post. It was merely a rant.

The word picture Francis depicts is someone by the words of their mouth in gossip and slander (or words from their blog) taking a sledgehammer to the very temple of God, whom all true Christians are a part of.

It appears that Gordon does not understand the definition of slander. Slander is carefully defined in Scripture as purposely telling a LIE in order to bring malicious harm to another. I wrote a post on this called Slander or an Inconvenient Truth. Sadly, Christian like to shut people up by spouting words like slander or gossip. Slander must be a lie so therefore Gordon must prove that *renegade* bloggers all lie. Gossip is usually used to refer to casual conversation. “Dee spends too much money on shoes.”  Gossip is not reporting to others that James MacDonald is using his church money to buy friend’s cars. This is a serious situation and is sinful. In some situations it might even be criminal. It’s not gossip.

Also, Gordon overlooks something very important. I am a part of the church and I love the church. I also think that churches should not be blowing off sexual abuse or misuse of funds. When I critique the church, I do so as an active member of my church. I have no problem with people criticizing the church for serious sin. I think God wants to clean out the church. Even Jesus turned over the tables of the money changers in the Temple.

Can’t we judge others or correct them when they sin? My answer is yes and no. Yes, Church leaders can be corrected, but it has to be done in the right spirit and the right way. There is not one New Testament Scripture that gives any believer license to gossip, slander, or criticize

I don’t know what in the world he means to have the *right* spirit. It is proper to be angry when a pastor molests a student. God does give us a license to point out sin in the church. Take a look 1 Corinthian 5. Paul told the church to deal with sin.

Many take this passage as a personal liberty of a Bible-believing Christian to publicly defame a Christian leader without remorse,

Once again, Gordon does not seem to understand the definition of defamation. It means to purposely tell a LIE to harm someone. Of course, God wants us to point out serious sin in the church, especially when it involves the leaders of the church who are supposed to be role models. Its ridiculous to think that God doesn’t want us to do something about pedophiles or embezzlers.

The scriptures do not tell us to criticize Church leaders but to pray for them. “If we claim to be without sin, we deceive ourselves and the truth is not in us” (1 John 1:8). That Scripture is not only true for us as believers but also for all Church leaders. No one is without fault. Therefore, everyone is absolutely in need of God’s mercy continually.  Let’s be conscious of our own failures and call out personally, “Jesus, Son of God, have mercy on me, the sinner!”

Ah, yes. The great sin leveling game. ” Pastor Joe may have been molesting a kid but I’m just as bad of a sinner because I cussed out the driver who cut me off.” Nope. Some sins are far worse than others. Some sins, like child sex abuse, affect people for their entire lives. Many of those abused never step foot in a church again. I have documented a number of examples on my blog which carefully links to information unlike Gordon’s poorly documented rant.

Yes, it was a rant. It was a rant with no proof. In this post I did what Gordon should have done. I linked directly to Gordon’s words. Gordon just made a bunch of innuendos.

So, if being a renegade blogger means that I am willing to expose abuse in the church, I will gladly take on the title. Someone on Twitter suggested ai should call myself *Stan Renegade.* I kind of like it.

One of our readers asked how he could do something to express his concerns about the seeming lack of ethics in the James MacDonald, Ed Stetzer, Mark Galli, Christianity Today, Wheaton College situation. Thoughts?