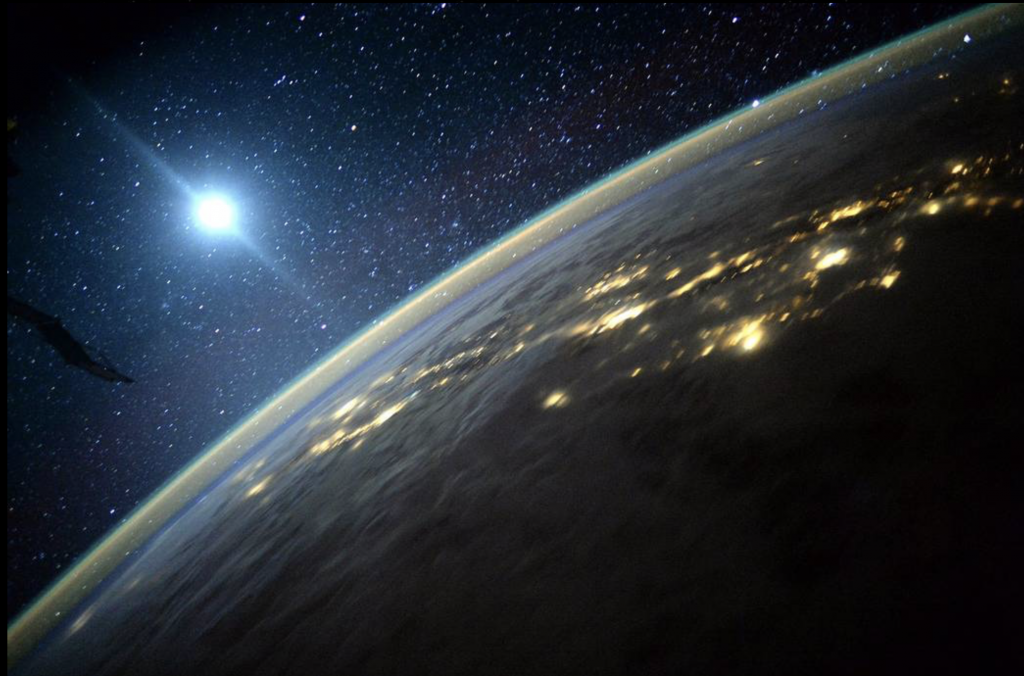 Astronaut Scott Kelly posted this photo taken from the International Space Station to Twitter on Sept. 5, 2015 with the caption, “#goodnight #Earth! Make me proud and I’ll try and do the same. #YearInSpace”.

“I have learned now that while those who speak about one’s miseries usually hurt, those who keep silence hurt more.”  – C. S. Lewis

Todd Wilhelm at Thou Art the Man continues his coverage of the seemingly interminable hearings and trials surrounding the allegations of child physical and sexual abuse of children by Tom Chantry. Todd has tirelessly attended the trials and hearings. He has also documented the number of churches leaving the ARBCA, most likely due to ARBCA’s mismanagement (and some might say, cover up,) of the allegations against Tom Chantry.

The ASSOCIATION OF REFORMED BAPTIST CHURCHES OF AMERICA (ARBCA) was founded on March 11, 1997. On that day at the Cornerstone Church in Mesa, AZ the first General Assembly met to establish a charter membership of 24 churches from 14 states. Now in 2018 there are 59 member churches.

This organization is geared to male only leadership and claims to be able to help churches work through difficulties together. Given the number of churches resigning from this organization, I wold venture to guess their problem solving skills are rather weak. Perhaps they could have used some input from the womenfolk….

In addition to the cooperative efforts (ARBCA) is designed to advance Christ’s kingdom by providing a fellowship in which churches of common confession may find mutual encouragement, assistance, edification, and counsel.  ARBCA can provide an organized forum of godly men, each holding to the same confession of faith, to help churches work through various difficulties together. As needed, it can also serve the interest of individual church members whenever “any member of any church is injured, in or by any proceedings in censures not agreeable to truth and order. . .” (London Baptist Confession, 26:15).

For those of you who want to catch up on the Tom Chantry situation, this link will take you to a page which lists all of the posts TWW has written on the situation.

I believe that it was a member or members of this organization that attempted to cause serious embarrassment to Dee a couple of years ago. This was most likely due to my coverage of the Tom Chantry arrest. However, the poorly written letter, which was sent to a number of organization with which I’m affiliated, only served to make members of this group look downright foolish and ill-educated.

In February 2019, Todd posted another letter by an ARBCA church which resigned from the organization. Note that they say the events that have transpired over the last few years have led to this decision. That would be the Tom Chantry situation. 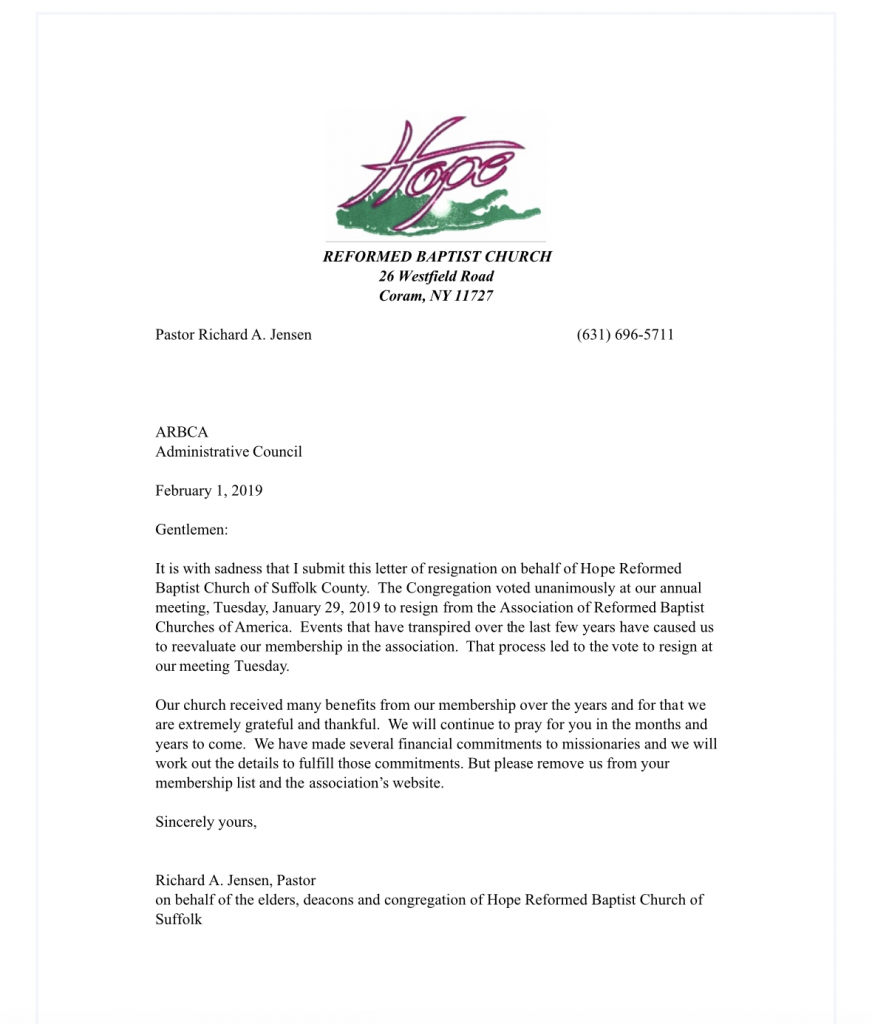 It looks like his pastor/father in law ponied up the $250,000 cash and Chantry is most likely awaiting trial in the comfort of his own home. I wonder if the victims have received similar comfort from the leaders in ARBCA? 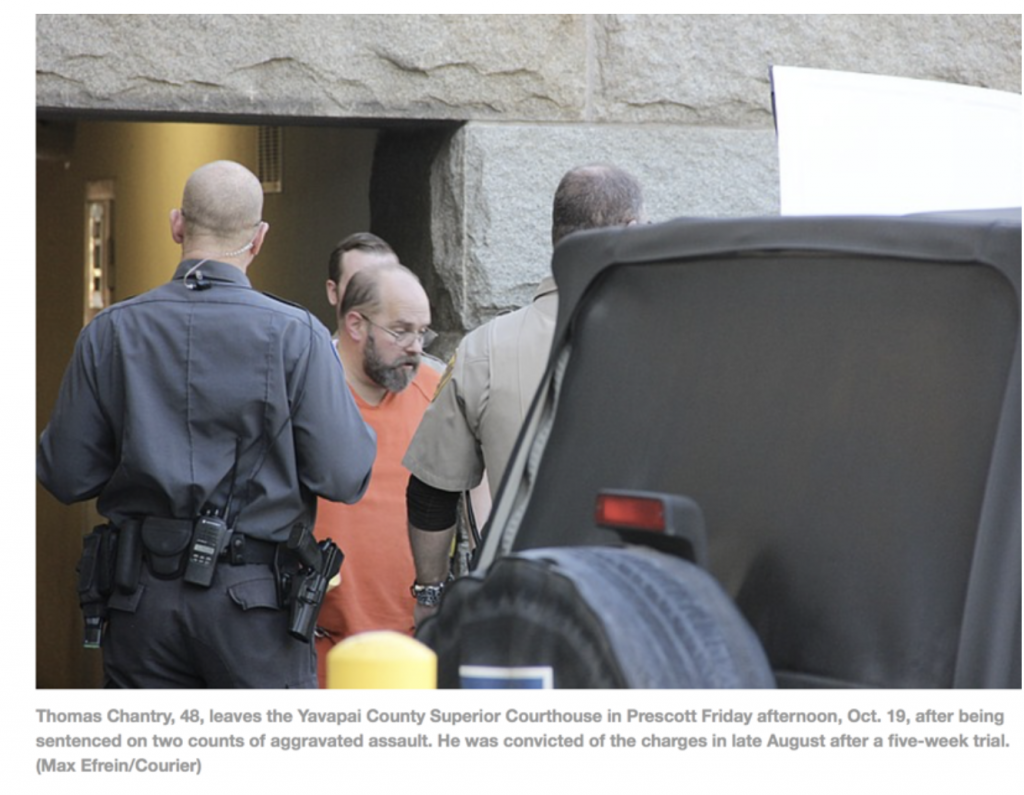 ARBCA Pastor Al Huber has posted  $250,000 to spring his son-in-law, Tom Chantry from Jail.  Convicted felon Tom Chantry has been incarcerated since September 10, 2018 in the Yavapai County jail as he awaits two trials. The first trial is scheduled to begin April 23, 2019 and is a retrial on 4 counts of molestation of a child. You can read more about these charges here.

Chantry faces a new trial in which he has been indicted on nine counts of child abuse, sexual molestation of a minor, and assault. I do not believe a date has yet been set for this trial. You can read more about these new charges here.

I attended the entire trial of Thomas Chantry. I witnessed first-hand the anguish of the victims, the anger of their parents and the heartache of all who were affected by the heinous actions of Chantry. It is hard for me to believe that anyone who sat through the trial can believe that Chantry is innocent of the charges. Yet, apparently, ARBCA pastor Al Huber still believes convicted felon Thomas Chantry is an innocent man!  He is entitled to his beliefs, but one must wonder how anyone continues to attend a church pastored by such a man!

I am praying justice is done in this case. I am hoping Chantry’s own words – “I have done something I cant recover from” are prophetic.  If they are, Chantry is now enjoying his last month of freedom. 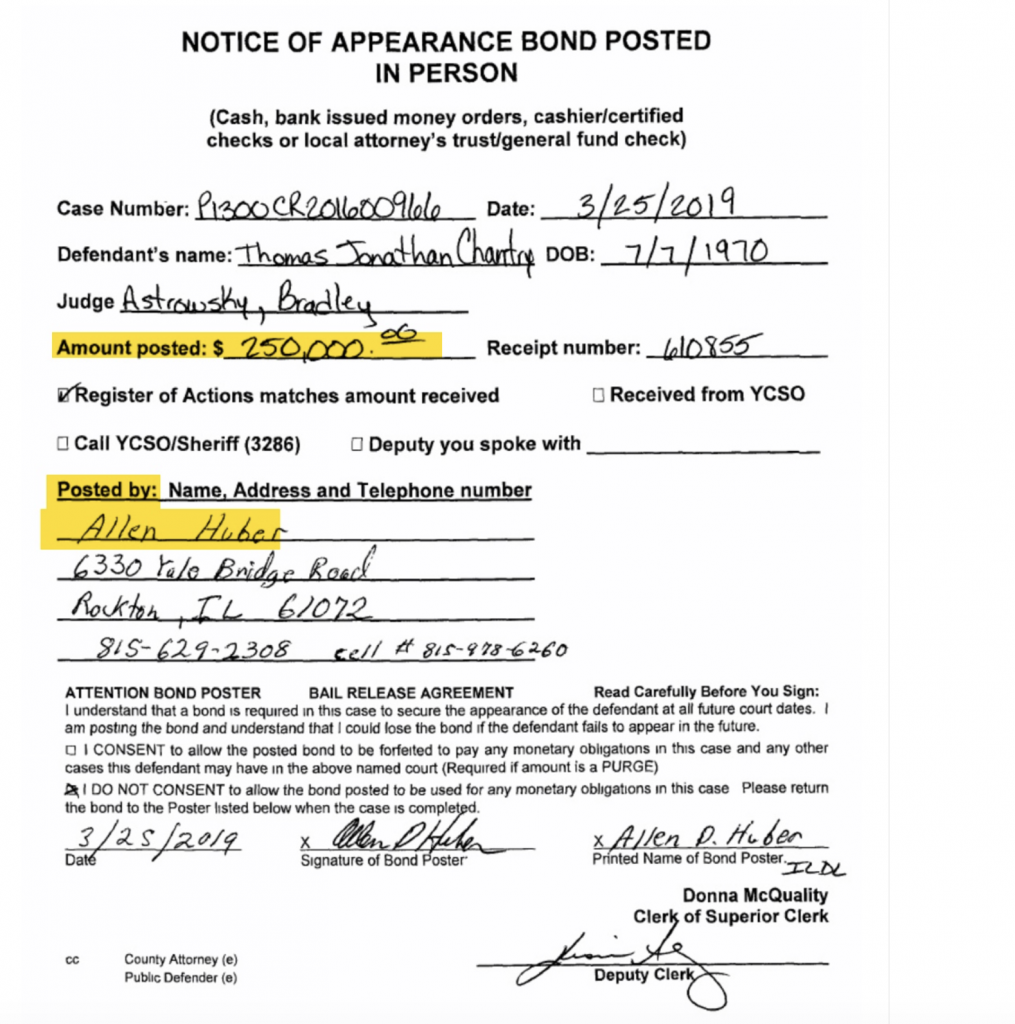 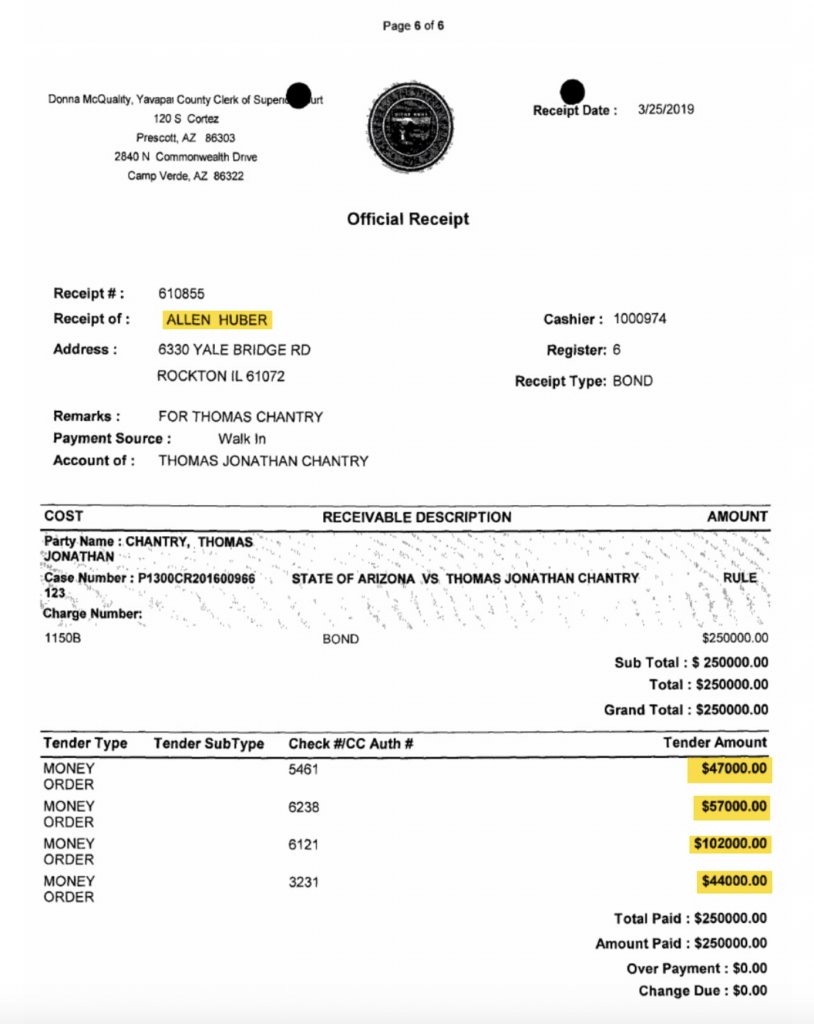 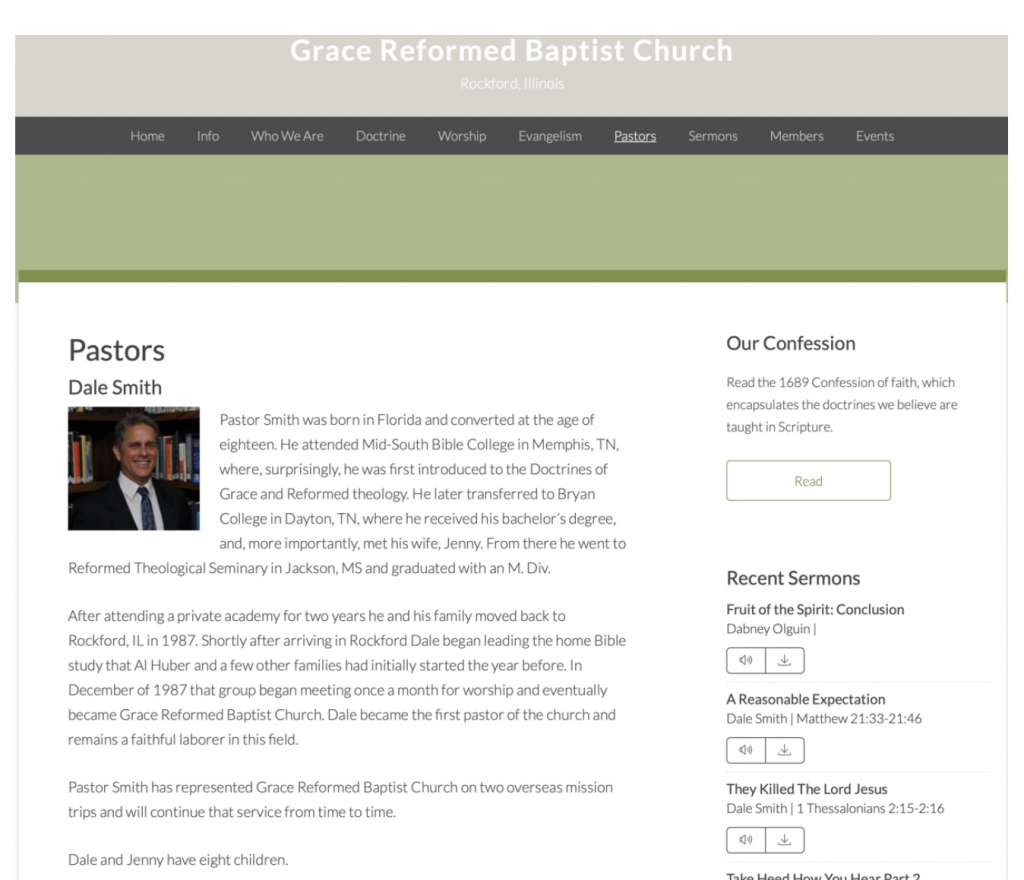 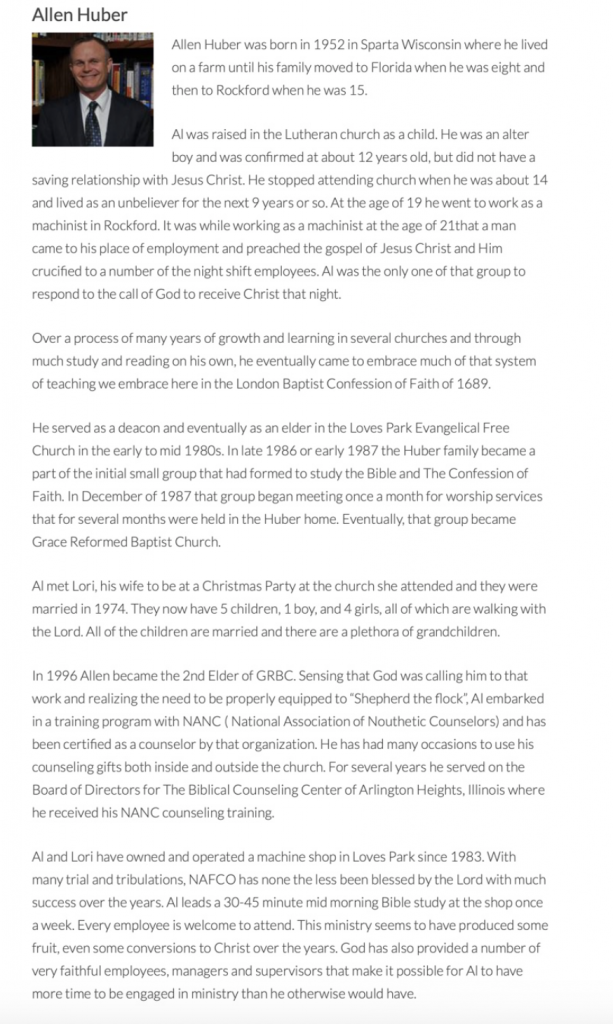