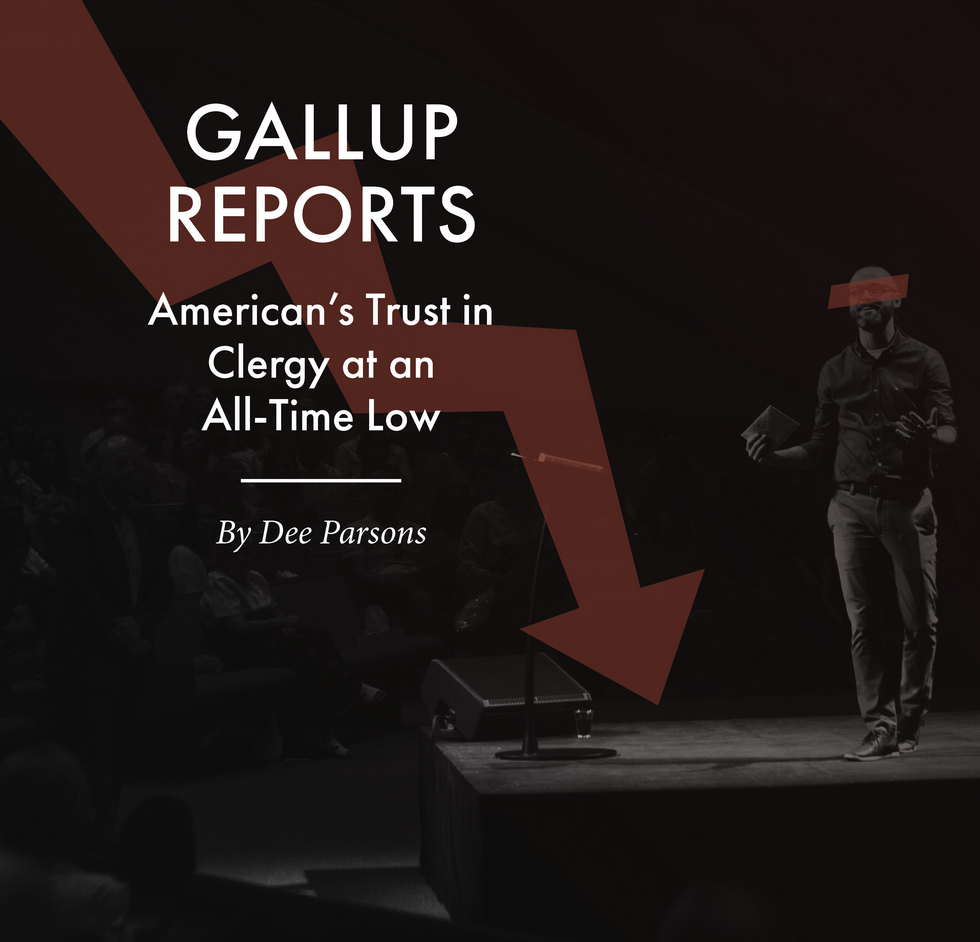 Most Christian leadership is exercised by people who do not know how to develop healthy, intimate relationships and have opted for power and control instead. Many Christian empire-builders have been people unable to give and receive love. Henri Nouwen

The Christian Post reported that Americans’ trust in honesty, ethics of clergy hits all-time low in Gallup ranking of professions.

“The public’s views of the honesty and ethics of the clergy continue to decline after the Catholic Church was rocked again this year by more abuse scandals,” Gallup noted in its observations.

One of the biggest scandals occurred in August when a Pennsylvania grand jury released a 1,300-page report, revealing that at least 301 priests had abused over 1,000 children in the past several decades. What is more, it was found that many of the perpetrators were protected by the church’s hierarchy and moved to other churches.

The Christian Post noted both Protestant sand Catholics have been affected by scandals.

Sexual abuse claims, involving both children and adults, have rocked churches across the U.S., South America and Europe this year, affecting both Protestant and Catholic congregations.

This reflects itself in the stats. My prediction is that Protestant positive perception of clergy honesty and ethics will continue to decline as more sexual abuse become known.

In the Gallup poll, 48 percent of Protestants rated clergy positively, compared to only 31 percent of Catholics.

According to Gallup, the public perception of clergy has experienced a steady decline since 2012.

Gallup has measured Americans’ views of the clergy’s honesty and ethics 34 times beginning in 1977, and this year’s 37% very high/high rating is the lowest to date. Although the overall average positive rating is 54%, it has consistently fallen below that level since 2009. The historical high of 67% occurred in 1985.

Positive views of the honesty and ethics of the clergy dropped in 2002 amid a sexual abuse scandal in the Roman Catholic Church, and although positive ratings rebounded somewhat in the next few years, they fell to 50% in 2009 and have been steadily declining since 2012.

The public’s views of the honesty and ethics of the clergy continue to decline after the U.S. Catholic Church was rocked again this year by more abuse scandals.

An analysis by Gallup’s Jeffrey Jones in Effects of Year’s Scandals Evident in Honesty and Ethics Ratings seems to indicate that the decline of Catholic perceptions of clergy was more precipitous than that of Protestant perceptions.

Catholic respondents give slightly lower average ratings to clergy, 50%, than do Protestants, 57%. An analysis of past data shows that the Catholic priest sexual-abuse scandal appears to have dragged down Catholics’ ratings of clergy’s honesty and ethics more than it has those of Protestants. In 1997, Protestants (62%) and Catholics (64%) gave similar ratings that were above the overall average of 59%, whereas now Catholics’ ratings of the clergy are below the overall average and noticeably lower than Protestants’ ratings.

Sadly, those without any religious affiliation have especially negative perceptions of clergy. I believe that this will have a negative impact on churches and groups which focus on outreach to the religiously unaffiliated. I would keep an eye on the baptismal rates in evangelical churches. If this trend continues, I would expect the baptism and conversion rates to continue to fall.

Perhaps not surprisingly, the current ratings of clergy are especially negative among those who have no religious affiliation. Just 30% of this group rates religious leaders’ ethics highly.

I believe that churches will need to respond to the increasing public perception of dishonest and ethically challenged church leaders. The good men and women will be affected by the dishonest ones. How to change this perception will be a yeoman’s task.

On the other hand…

Guess which profession ranks the highest in perception of honesty and ethics? According to Gallup Nurses Again Outpace Other Professions for Honesty, Ethics. Just to remind you, Dee is a nurse…