It is not our part to master all the tides of the world, but to do what is in us for the succor of those years wherein we are set, uprooting the evil in the fields that we know, so that those who live after may have clean earth to till. (Gandalf)- Lord of the Rings by JRR Tolkien 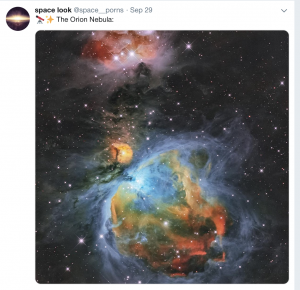 This weekend, I will be speaking at the Courage Conference in Raleigh.The title of my talk will be “Kicking at the Gates of Hell.” Ashley Easter persuaded me to come out from behind my computer. You see, I feel quite safe in my kitchen, surrounded by my pugs dogs. Although I have taught Sunday school classes, I fear standing before a large audience. I look with great suspicion upon that little portable microphone thingy that can squeal or make me sound like I’m shouting.

Tomorrow, a reporter from the Washington Post is visiting my home to interview me at my kitchen table surrounded by my pugs. Once again, I am waaaaay out of my comfort zone. I almost feel like an invasion is at hand.

However, as I contemplate my own safe spaces, I have decided to speak at the conference about being willing to give up feeling safe in order to address the unsafe topic of abuse in the evangelical church. As I think about the last 9 1/2 years of blogging, I have come to the conclusion that I gave up my safe little world on the day that I confronted my Baptist church which I believe mishandled a horrific sex abuse situation. Even today, I think it is among the worse abuse cases I have heard. The title of my talk will be “Kicking at the Gates of Hell.”

So, as I begin to make sure my kitchen is extra super duper clean for my interview, I decided to post this important article by Wade Burleson. He addresses number of issues at SWBTS that were the direct result of Paige Patterson’s actions and the inability of the SWBTS trustees to carry out their responsibility of oversight.

Be sure to visit the links.

In the Saudi world, opposition to the absolute power and authority of the royals means imprisonment or death.

In the Southern Baptist world, at least for the past forty years (1978 – 2018), opposition to Paige Patterson meant occupational, personal, and vocational banishment.

They will have to answer some questions of their alleged “oversight” of former President Paige Patterson while he served as President of their institution, all the while seeking to control every other institution in the SBC world.

I started this blog in 2005 when I saw for myself how Patterson lackeys fawned over him and did his bidding in banishing opposition from positions of leadership. For nearly 15 years I’ve been writing of the travesty of what our Convention has become.

I have heard that there is now freedom among entity heads to speak freely. No more intimidation. No more power plays. No more control.

But now, SWBTS trustees, you must be prepared to answer some tough questions. Rather than comment on the questions that must be answered, I’d encourage readers to peruse the documentation attached to the links and formulate your own opinions.

And listen closely to the answers given by SWBTS trustees.

1. How could you allow your former President to have 18 full-time employees in the “President’s Office” tasked with hospitality, transportation, and assisting the President and ‘First Lady”?

2. How could you approve either directly or indirectly (by your non-action) the astronomical decrease in enrollment and millions of dollars in ‘pet-projects’ and creature comforts for the President and ‘First Lady’ which had no direct bearing on the purpose and mission of Southwestern Baptist Theological Seminary?

3. Where were you when female professors were fired for their gender?

4. Where was your oversight when bylaws were violated and student admissions to SWBTS by Presidential fiat occurred, allowing students to enroll at Southwestern when they couldn’t even give a profession of faith in Jesus Christ?

5. How could you ignore the financial crisis that has been building for at least a decade, approving capital investment in new buildings, while not even able to fund the retirement accounts of current employees?

6. Will you do your due diligence and prevent institutional files from being removed by the Pattersons, or will you fall back to bad habits of either ignoring or allowing harmful actions to occur at the very institution you are tasked to oversee?

7. What are you going to do with the stained glass windows you allowed to be installed at a chapel allegedly devoted to the worship of Christ?

8. What are you going to do with the  “amateurish imitations” (Dr. Arstein Justnes’ phrase) of Dead Sea Scrolls your institution purchased and placed on display?

9. Will the retirement house you were building for the Pattersons on the campus of SWBTS now be used for educational purposes?

10. Will you now hold accountable the gentleman you allowed Dr. Patterson to place in a faculty position of authority and oversight, ensuring all things were done according to his wishes?

These are serious questions.

And thankfully, we live in a country where those who ask them aren’t murdered.

But the era of blackballing opposition to Fundamentalist SBC Leaders is officially over.