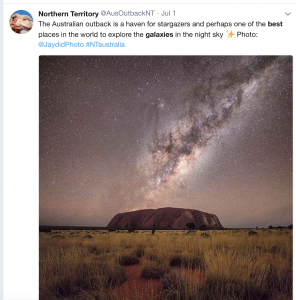 Tim Challies once again appears irritated by social media. He seems to believe that he is the role model for *Christian* behavior on social media. he isn’t any different than many of us. (Whoops- was that slanderous?)

In 2013, he wrote In The Crosshairs of the Discernment Bloggers. We believe this post was aimed at us.  We had been discussing publishing companies that were being started by those with associations with The Gospel Coalition. These March 2013 posts included:

The Gospel Coalition, Tim Challies, and Cruciform Press – Backscratching at its Finest!

In these posts we were exploring how Tim Challies, an ardent supporter of CJ Mahaney, formed a company that relied, in our opinion, on his close relationships with CJ Mahaney, John Piper, and John MacArthur. Shortly after forming this company,  there was a marketing campaign that commenced to sell their books.

Folks, hear me. The information on our blog is not only a critique of abuse in the church. It also exists to document the relationships and affiliations of certain groups that we have identified as worthy of watching. There is serious money involved in these enterprises and we intended to keep an eye on it. Deb commented on Cruciiform Press in this manner.

Both of us hold MBAs. We have no problems with people making money. But we think it is important for folks who tithe money to churches and to affiliated groups to see where the money is going and who benefits from their donations.

I wish I still had the tweet but we became aware that Challies or one of his supporters decided that the title to our post “Tim Challies / Cruciform Press in our ‘Cross’ Hairs” could be interpreted as the Deebs promoting violence against Challies. However, the intelligent readers of our blog were well aware that our title was simply a play on the name of Challies company Cruciform Press. *Cruci* meaning *Cross.*

He went on a tirade about *discernment bloggers* in  The Crosshairs of the Discernment Bloggers. For those of you new to the term *discernment,* you need to know that being discerning appears to be the most despicable trait on the planet, second only to criticizing John Piper or CJ Mahaney.

He claimed that we were unhinged from reality.

Then they wrote about me. They wrote about my financial situation. They wrote “shocking” exposes and went rummaging through the digital trash to dig up the smoking guns. They did not just report (supposed) facts but also interpreted them. And then other blogs picked up the stories and carried them as well. And this clarified the situation for me. I wish my teacher here had been something nobler than personal attack, but sadly, and perhaps ironically, it was when I was in their crosshairs that they themselves came into sharper focus.

Because here’s the reality: So much of what they wrote about me had so little basis in reality. These bloggers misinterpreted even what is obvious, stretched what is true, assumed what is dubious, and fabricated the rest. They shared all of this with their readers as if it was based on verifiable facts, as if they were privy to details, as if it was anything more than conjecture.

He asserted that we were factually wrong. Carefully read what he wrote. He never once offered any proof that our posts were wrong. Throughout the years, when we have received information that something we wrote in our posts is wrong, we correct it and state we have done so by posting the word UPDATE in the title. He accused us of gossip, defamation and tabloid journalism. Again, he offers no proof of what he says. We are just to take it on his word. It’s too bad that he doesn’t do what we do-prove it.

It needs to stop. I need to stop. I support them and their foul “ministry” with every click of my mouse, with every reading of one of their pages, with every fact I choose to digest. They thrive on attention and survive only because we give it to them. When I visit these sites I am keeping company with fools and give up all right to be surprised when I become like them (Proverbs 13:20). If I visit these sites I am compromising my own integrity and my love for other Christians.

,,,I am not going to allow people with so little integrity, with so little concern for truth and love, to violate my conscience, pollute my mind, and disrupt my love for others. And I’d encourage you to join me.

Curiously, he appears to be doing precisely what he claims we are doing. He offers no love and no truth. It appears that few people listened to Challies as our readership continued to grow. Unlike Challies, we do not accept ANY money for this blog and, unlike Challies, we do not accept any kickbacks for recommending books. We are a *pro bono* blog. He is in it for the money since his blog is one of his many sources of income. Guess who has more to lose in this game?

Tim Challies appears to be still fuming after all these years.

The 9th commandment says we should never bear false witness against our neighbor. That means one should not lie about anyone.

The danger of something being declared *no business of yours.*

What does Challies means when he says that some information is *no business of yours.” Challies refused to learn anything about CJ Mahaney because he felt it was not *good time management.* He obviously had no great concern for the victims who he failed to mention.

“For this reason I have deliberately avoided learning too much. I have had to question my motives, especially since I have repeatedly been on the receiving end of scathing criticism for not using my platform to speak out against Mahaney. I have chosen to read the news stories, to understand the basic facts, but conscience compels me to stop there. To do more may not be spiritually beneficial, it may not reflect good time management, and it may not be loving toward those who are involved.

Challies appears to be saying that it was not worth it to him to learn about and care for the victims of sexual abuse in Sovereign Grace Ministries under the watch of CJ Mahaney. Frankly, it appears to me that he is twisting the words of the Bible to make it more comfortable for himself. Imagine- learning about the abuse of children is *not good time management.* I’m sure Jesus is impressed with his timely and perfect schedule.

He claims one is to avoid flatterers, slanderers and tale bearers.

Let me get this out of the way. Has he ever been around CJ Mahaney when he is gushing over Piper, Dever and Mohler. Good night! That stuff is weird.

What does he mean by the word “slander.”

Slander is a favorite word of the Calvinista tribe. However, to quote the “Princess Bride,”

Slander means purposely telling a lie that one knows is a lie. Unfortunately, many use the word to mean “telling something about my friends or me that isn’t very nice and causes me to feel sad or mad.” (quote by Dee). I studied the Bible and learned that slander means the same thing in the Scriptures: Slander or an Inconvenient Truth.

Challies lets us know the sins we must avoid while participating on social media but he forgets a big one.

Let’s look at some of the sins he  listed.

What did Challies forget?

I sometimes wonder why Calvinists seem to overlook their own theology. Recently, Joe Carter wrote a post at The Gospel Coalition on how to prevent your kid from becoming an atheist. I was confused. Calvinists believe that God has already decided whether your kid is elect or not elect. There isn’t a blasted thing that Carter can do to change God’s mind and prevent his kid from becoming an atheist. (Remember- this is his theology-not mine.)

Calvinists also believe that man is totally depraved. As a Christian, I believe that all men and women are sinners. That means that I may be making a mistake if I only believe the best about my Christian brothers and sisters. In my former church, the church leaders chose to overlook several reports of the inappropriate behavior of a SEBTS seminary student. Why? Well, he was a Christian brother and, as Challies states, we should have believed the best about him. We should not have *received* the gossip. We should have dismissed the claims because there was no incontrovertible evidence. The only problem was that this decision allowed this monster to continue to molest boys at my church for another year. HIs name is Doug Goodrich and he is serving 13 years in prison.

On numerous occasions, we have stated that Christians will dismiss claims of abuse when it involves clergy. Challies believes his friend CJ Mahaney because he will not receive bad reports about his Calvinist, Christian friend. Could it be that Challies is deliberately overlooking the possibility that, by refusing to receive a report of poor behavior of a Christian friend, that he is throwing victims to the wind?

We have been blogging for 9 1/2 years. We are careful to explain why we believe what we believe. We have never deliberately lied and would never do so to maliciously harm another person. We blog to expose abuse in the church. This abuse can be sexual in nature. It can also be emotional or spiritual in nature. This abuse is found in Calvinist and non-Calvinist churches. This should not be a surprise to Challies given his belief in Reformed theology. Yet he continues to insist that we must not listen to such stories because they might actually be slander.

I believe that Challies contributes to the problem that victims have when they come forward to tell their stories about abuse in the church. The boys circle the wagons, quote Bible verses about gossip and then go on to the next conference. Let’s read this statement again.

With men like Challies lecturing the rest of us on how to behave on social media, I contend that victims in the church have a long road ahead of them and that makes me sad.  #churchtoo #whatdoesthatwordmean