“The Executive Committee of the board of trustees of the International Mission Board voted in a special meeting Sept. 13 to approve Dr. Clyde Meador as interim president starting Sept. 27, subject to full board approval.” 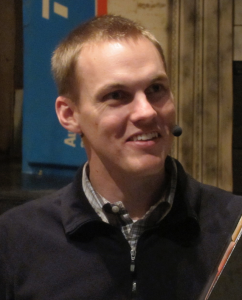 The Southern Baptist Convention’s International Mission Board (IMB) is once again undergoing change. Four years ago David Platt became IMB president at the youthful age of 36, succeeding Tom Eliff, who had been in that position since 2011. Over the last decade or so, Platt has become widely known because of his popular book Radical, which he authored while serving as lead pastor of The Church of Brook Hills, where he had served since 2006.

After receiving the resignation of Dr. David Platt, IMB president, to be effective at the Sept. 27, 2018, trustee meeting, the Executive Committee of the board of trustees of the International Mission Board voted in a special meeting Sept. 13 to approve Dr. Clyde Meador as interim president starting Sept. 27, subject to full board approval.

We assume that this transition took place yesterday. Platt began serving as pastor/teacher of McLean Bible Church in September 2017. According to the IMB article:

“Trustee officers recently discussed with David the possibility of the need for an organizational transition to an interim time as the presidential search continues,” said Dunbar, a member of First Baptist Church Madison, Mississippi. “The board’s Executive Committee met, and after prayer and discussion decided to release David from his commitment to the IMB in order to allow him to focus full time on his new role in gospel ministry at McLean Bible Church, and for the IMB to move forward into a transition period.”

The CT article went on to state:

The news “is disappointing to all of us,” SBC president Ronnie Floyd told Baptist Press…

“This reset is not regress or retreat,” Floyd told Baptist Press. “Southern Baptist churches must see this as a fresh calling to reaching the world for Christ. Now is the time to go forward with a clear vision and an aggressive strategy …

Who will be going forward with this clear vision and strategy?

For the time being, it will be interim president Clyde Meador. The Christian Index recently featured an article on Meador, who is pictured below.

The Baptist Standard explained that:

After a year and a half in retirement, Meador returned to his current role as executive adviser to the president in January. In his 42 years of service with the IMB, Meador has worked closely with three presidents as an adviser and executive vice president, and he previously served as IMB’s interim president from August 2010 to March 2011.

He and his wife Elaine were appointed as missionaries to Indonesia in 1974. Their service also included leadership in South Asia, Southeast Asia and Central Asia before joining the IMB’s leadership team in Richmond in 2001.

When Meador retired, the Baptist Press published an article highlighting his career. Now he’s back, and we can’t help but wonder why…

Could it have anything to do with this news story that aired on a Richmond station in July 2018? Take a look…

Did the Southern Baptist Convention’s International Mission Board Decide Not to Report Sexual Assault They Knew About for Years?

I just returned from the last couple of weeks in Sub-Saharan Africa, and after meeting immediately with IMB trustee leaders, I want to speak clearly about recent news concerning an internal IMB investigation in 2007 of alleged sexual abuse by a former youth pastor who had become an IMB missionary and then went on to serve in other ministry leadership positions. In order to fully guard the integrity of an ongoing criminal investigation (with which IMB is committed to full cooperation), I believe it is wise, for the sake of everyone involved, for me to refrain from commenting on specific details in this case.

However, I do want to say that many facets of this situation are extremely disturbing. For this reason, I am commencing a thorough, outside, independent examination of IMB’s handling of past actions, including this case and any other similar situations. In addition, I am commencing a thorough, outside, independent examination of IMB’s present policies and practices to ensure that our current commitment to zero tolerance for child abuse, sexual abuse, and sexual harassment is completely and consistently enforced across IMB today. Further, I am presently in conversations with leaders of other churches and ministries, particularly within the SBC, to establish practical ways we can and must prevent situations like this in the future. Any attempts to minimize, ignore, cover up, or overlook child abuse, sexual abuse, or sexual harassment are absolutely intolerable, and we must take action together now to ensure safety and support for every person employed or affected by a church or ministry.

Moreover, I want to publicly apologize for the hurt and pain that Anne Miller has specifically suffered in this situation. I will not presume to know the variety of other emotions and challenges that she, those around her, and others who have walked through similar situations have experienced. Further, I want to apologize for various ways we in the IMB have contributed to such hurt and pain through our response to this point. In addition, I want to publicly thank Anne Miller for the courage she showed in approaching IMB in 2007, and the courage she is showing now. I realize the actions I have outlined above cannot remove her hurt and pain, or the hurt and pain of others who have experienced similar situations. But I am committed to doing all that I can so that her courage, and the courage of others like her, will prevent hurt and pain among others in the future.

Then two months later David Platt announced that he would be stepping down.

As a Southern Baptist, I will be paying close attention to any news coming out of the International Mission Board and will try to keep our readers informed.