“For every wound there is a scar. And every scar tells a story. A story that says: I survived.” link 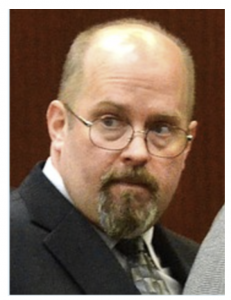 I think TWW readers will find this report particularly interesting. It appears that Tom Chantry’s attorney was not happy with Todd’s presence and reporting on the trial. He appeared to attempt to portray Chantry as a potential victim of serious harm by those on social media. That is merely my impression which, if correct, makes me quite irritated since I was truly the victim of Tom Chantry defenders. Here and here.

Thankfully, the judge reconsidered his initial ruling and vacated his judgement. (I am not learned in court room terminology so all of you legal beagles better not be laughing at me!)  🙂

Here is a excerpt from Day Four of the Tom Chantry Trial by Todd Wilhelm who is becoming quite the court reporter! Warning: Graphic material.

During Christmas vacation Victim 2’s parents were taking a trip to Phoenix. Chantry volunteered to babysit Victim 2 at his house so the parents would not have to rush home that night. There was a tutoring class scheduled for the next morning, so it worked well to have Victim 2 spend the night at the parsonage, alone with Tom.

Chantry had obviously been planning this sleep over for some time. It seems Tom did a little woodworking on the side because shortly after Victim 2 arrived at the parsonage he unveiled a new, custom-made paddle he had crafted. It had a custom fitted handle and was nicely varnished. Victim 2 said Tom was quite proud of it.

Tom then instructed Victim 2 in a little church history. He told him that the church used to have monks. The senior monks had younger monks under them and they would punish them for sins that they had not found out about. Tom was now going to do the same to Victim 2. He instructed him to pull his pants down because he “wanted to see his butt turn red.” After the spanking he was, as usual, forced to sit on Tom’s lap while, for the first time, Tom rubbed his butt and then fondled his genitals skin to skin.

I could relate more of the horrors victim 2 was forced to endure, but I think this is sufficient to convince you that Victim 2’s description of Chantry of being a sick, twisted monster” is accurate.

Victim 2 told repeatedly told his parents of the spankings. Their response was that he must have done something to deserve it, and he needed to study harder. They also told him he was fortunate to be able to be tutored by the pastor. He never told his parents of the sexual molestation because he felt he would not be believed,  was ashamed and felt that somehow it was his fault.