This radical development means that more children are being abused than ever.” Gus Lubin Link 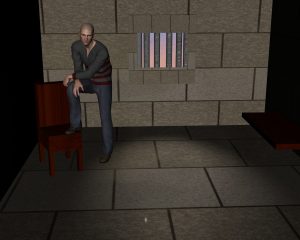 A few months ago, I received a call from Ed Bowman who gave me permission to use his name. He presented the following story.

The Church of the Highlands assisted a group of people who purchased a run down motel in order to start a reentry program for inmates released from prison.These men would have a place to live and would provide a workforce for a local lumbar yard. The idea is noble and I appreciate the love and concern that the Church of the Highlands have for those in prisoned for those who need to begin life again once released.

I had a couple of thoughtful conversations with Randy Walker who is the pastor for the COH correctional ministry program. For the purposes of this post, I would like to concentrate specifically on the prison ministry as opposed to other ministries or doctrinal differences with Church of the Highlands. I am impressed with the extensive emphasis that COH places on ministering within the prison community. You can read about some of that here.

Two of the earliest participants in Tuscumbia were registered sex offenders.

Apparently, local law enforcement did not let the local citizens know that sex offenders would be participating in this program. COLBERT COUNTY CITIZENS UPSET AFTER NOT BEING NOTIFIED ABOUT SEX OFFENDERS.

Upset neighbors called WAAY 31 after learning registered sex offenders moved into their community and nobody told them about it for weeks.

Both men are in a reentry program hosted by a non profit named Outreach Reentry Ministry, which is ran by Willie Simpson. Chester McKinney bought the old Four Way Inn and teamed up with Simpson to start the reentry program

…The Colbert County Sheriff told WAAY 31 both men notified his office, but where the men live is in Tuscumbia police’s jurisdiction. It took two weeks for police to get that information. State law requires police to notify neighbors within 3 days.

“I talked with the Attorney Generals office to make sure we were in compliance. Hopefully we will be able to stay on top of these things in the future,” said Logan.

This is the program that COH was loosely involved in supporting.

Should sex offender even be included in the program? Not according to 2008 guidelines.

I was able to obtain a cope of State of Alabama Department of Corrections SUPERVISED RE-ENTRY PROGRAM. Please refer to this entry on page 17.

Inmates convicted of the following crimes, past or present, shall not be eligible for the SRP:

Inmates convicted of sex crimes, past or present. Any other case where there is not an actual conviction of record will be governed by the criteria and guidelines of the ADOC Classification Manual.

So it appears that those convicted of sex crimes are NOT eligible for this program. Why were they allowed in this instance? I believe that the citizens of Tuscumbia need to pursue this with the Department of Corrections.

However, the sheriff’s department is correct that the motel met the distance guidelines for where sex offenders can live. Many states have laws stating the sex offenders must live a certain distance from schools and other areas where there is a high density of children.

For now, the motel has to be shut down for code violations. The two offenders are living in housing in a another part of the county but still participating in the work program. It is unclear if this motel will reopen to continue in the reentry program. My guess is that it will.

Is looking at child pornography not as bad as molesting a child?

Here is where my discussions got interesting.

The woman, who answered the phone and said she was involved in putting names on the registry, refused to give her name. However, she alleged that the two men in question only looked a child pornography and didn’t actually hurt a child. She also claimed that the job was good for them since it kept their mind off those things.

2. Randy Walker said that COH has guidelines and would never accept a pedophile into the program. However,      he was initially not as concerned about those who viewed child pornography.

The difficult problems with working with with sex offender and those who were convicted of downloading child pornography.

I will be discussing the tragedy of child pornography which may be difficult for some who have experience sex abuse.

I reassured Pastor Randy that I was only interested in discussing actual pedophilia and the actual downloading of child pronography. We have written extensively on these problems as have many others. I discussed the pessimism surrounding pedophilia, stressing that there was no *cure.* This sad reality results in a high recidivism rate. I also stressed that 98% of cases in which children reported being molested were proven to be true, no matter what the abusers claim.

I stressed that most sexual molesters deny their crimes and are easily believed because they are often charming and convincing. That is how they attract children and that is how they get adults to believe in their innocence. Offenders must get to the children so they start by first getting to the adults who are around children.

My former church went to all lengths to help a local public relations expert avoid a lengthy prison term because he *became a Christian and was going to Bible studies.” We wrote about this in 2009 in HOW TO CURE A CHILD MOLESTER — BIBLE STUDY! A  pastor from my former church was a character witness. Please forgive the formatting. In 2009 we used a different blog format.

Read the story carefully. This PR guy admitted that he knew he would one day get caught, though it took 12 years. He had 12 years to think up a ploy and he suckered in one of my former pastors.Thankfully, the wise judge threw the book at him.

OK-here is where it gets tough. Have any of you ever explored what can be found on child pornography?

Does this convince those who think that child pornography is somehow better than pedophilia since the guy *didn’t actually touch the child?*

Warnings to churches getting involved in having sex offenders in reentry programs.

Many church leaders want to believe that Jesus will cure anything. I believe that Jesu can cure anything but does not. I spent one too many days in neuro-oncology clinics with my daughter, watching children dying from brain tumors. Pastor Rick Warren and his wife tried everything they could to help their son but, in spite of doctors. meds, pastoral support, etc, their son committed suicide.

Are you, as a church body, willing to take a risk on helping those who have serous paraphilias? If the answer is yes, then tell us how you are goin to get them the psychiatric help that they need?. How are you going to supervise them as they reenter a community? If he reoffends, is the church willing to take the hit?

Pedophilia and the use child pornography are indicative of a serious societal problem.

As a society, we have serious problem. There is little long term psychiatric and medical intervention available for those who have these types of paraphilias. Is the recidivism rate so high because there is not enough help?

Also, there are so many offenders that some communities have nowhere for these folks to live since there are  strict boundary guidelines to keep offenders away from areas where there are children.

When sex offenders are released from prison in North Carolina, they have three business days to let the local sheriff’s office know where they are living.

…Convicted sex offenders Kevin Askew and David Talbert failed to find a place to live before leaving jail and were found to be in violation of their probations, according to their attorneys.

…“The dilemma was (Talbert) was homeless and didn’t have a place to stay,” said attorney Daniel Read.

…In court, Talbert offered to live on the streets, suggesting the sidewalk in front of the federal courthouse. Askew’s probation officer tried seven different numbers for places that all refused him.

I think the citizens of Tuscumbia were blindsided by this reentry plan and they were wise to react as they did. It seems to me that there needs to be more planning in the future and more involvement of the community, before this sort of thing happens again.

If I can help any group to better understand the difficult issues surrounding child pornography or pedophilia, please email me. Education is the best way to fight this plague.

Finally, please look at the quote at the top of this post. Note what it says. Child pornography involves abusing children. It is not a victimless crime. Children are being abused in order to give some guy in a dark room his jollies. These men are directly involved in abusing these children by using these websites.

*Special thanks goes out to Ed Bowman who helped me gather material for this post and helped me to understand the concerns of many in the community.

*Thank you to Pastor Randy who was willing to listen to me, at length, as I described the horrors of child pornography.