If you have a good community behind you and a good family supporting you, then, when the buck stops with you, there is the strength of that community and that family to draw upon. Janet Reno 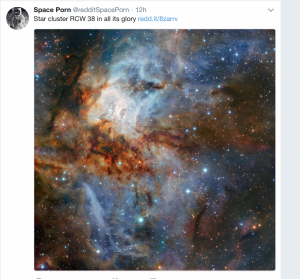 As you all may have heard, Chris Conlee , ummmm, was told to resign and the resignation would be accepted forthwith. We have heard from a number of people that the church has been losing both members and money. Perhaps that was the reason that a satellite for Highpoint had to close. These issues had been facing the church since January when the Jules Woodson story came to light. The response of the church, and Conlee’s poor leadership of that response, led to the death knell, not only for Savage and Conlee, but for the coffers of the church.

The church leadership, until recently, did not appear cognizant of the fact that every detail of their response was being scrutinized by the media which was learning how a typical *evangelical* church dealt with a pastor who molested a high school student. The day he did that was the last day he should have been a pastor. Teachers, physicians, police, etc., all lose their jobs and their licenses for such actions. Highpoint, under the leadership of Conlee and Savage, proved that their church had lower standards than those of secular institutions.

What Highpoint did wrong:

What Highpoint should do now:

Find a nondenominational church that has a pastor who has been around for a long time. Find one that has handled an abuse situation well. Read their statement of beliefs and approach the church and ask them for help in restructuring the paradigm that has been in place for years at Highpoint. I would highly recommend that they take a look ay Bent Tree in the Dallas area with Pete Briscoe as pastor. They have a strong board of elders aptly led by Mitch Little.

The church must also decided if they are going to be charismatic or not charismatic. Do not dabble in theology. State who you are theologically and stick to it. Offer classes in theology and understanding the Bible so you don’t have worship leaders who go off message on stage or have people trying to make inept and theologically off track comparisons between King David and Savage. Also, tell the worship leader who has an unsavory nickname to lose it immediately or quit!

Rethink the motto “the perfect church for imperfect people.” First of all, anyone with a basic understanding of the gospel should realize that we are not just imperfect, we are sinners. Imperfect means making a wavy line when trying to make it straight. Sinfulness runs far deeper. That means all of us, including the pastors. Maybe misunderstanding what this means is what led to the standing ovation for Savage. One cannot have a perfect church for sinners. One can have an imperfect church filled with sinful people. That means the pastors can make some awful decisions and that is why the church needs good elders and thoughtful members who all contribute to the church. Remember the following (with thanks to my former pastor, Jim):

We are functionally sinners while being positionally righteous.

What the media is reporting about Highpoint:

According to the Commercial Appeal in Chris Conlee Resigns From Highpoint Church After Andy Savage Scandal; Sex Abuse Victim Rejoices:

“Over the last couple of months Chris and the trustees have been praying and discussing the direction and future of our church,” the letter reads. “We love and respect each other and pray God’s best for Highpoint and Chris and the way God’s leading him.”

The letter includes a joint statement from Conlee and the church’s trustees that thanks Conlee and his family for the “outstanding ministry” they have given the church over the years.

“After much prayer and counsel, the trustees and Chris have mutually agreed that the time is now for Chris to pass the baton,” the letter states.

…”We are very grateful for the Godly example of a loving father and husband that Chris is — always upholding and teaching the sanctity of marriage and family as a reflection of Christ and the church,” the letter states.

It is obvious to me that Conlee was let go from his position which seems wise in light of the poor leadership exhibited over the past few months. A lead pastor needs to know how to shepherd a church through a rough time. Those times an inevitable because the church is filled with sinners.

Conlee’s odd statement to the Commercial Appeal on Sunday

He refused comment to the media but had this to say.

Conlee declined an interview on Sunday, but did offer these words: “Jesus. Honor. Gratitude.”

Huh? This is an example of the problem.

What one member wrote to me:

There are some great folks still at Highpoint which gives me hope for the future.

I suppose everything is what it is. I guess I would want people to know that for the most part, the church family at Highpoint is ready to move past this. We aren’t a cult. We aren’t pastor worshipers. We are a family trying to deal with loss and shock and the feeling of being kept in the dark. At the same time we are simply trying to be there for each other. Personally, I see this as an opportunity to correct a lot of things that needed to be corrected while learning where the “blind spots” in the church were.

Questions fo Steve Bradley who does not allow the buck to stop with him at Stonebridge Church. He is ducking responsibility, an unworthy position for a pastor, and his church is complicit in allowing him to do so.

Shame on Steve Bradley who has demonstrated to us just what is wrong with many leaders today. They claim to be role models and real men but hide when the going gets tough.

Steve Bradley was the lead pastor at Woodlands Parkway Baptist Church (now called Stonebridge Church) when Jules was molested. Andy Savage and Larry Cotton worked for him. Let’s look at his initial statement.

“We will be issuing a formal statement but thought that it was important first to discuss this matter with our church family, which I did Sunday during our worship services,” Bradley said. “This happened twenty years ago and though I was not a part of every meeting to suggest that I or anyone else on the staff at Stonebridge Church participated in a conspiracy to cover-up this sexual misconduct is simply not accurate. After Andy Savage confessed and asked for forgiveness from the victim, her parents, her discipleship group, and the church staff, he was terminated. We were heartbroken twenty years ago when this happened, and we remain heartbroken for Jules, her family, and all those impacted.”

Bradley has watched the two men who worked for him resign from the pastorate. Yet, he still refuses to take any responsibility for what happened. He has yet to call Jules Woodson and apologize to her for his decided lack of concern for her well-being for the last 20 years.

I called the church today and asked if he would make a statement. I spoke to a Julie who simply said, “No.” Can you imagine working for a boss who would let you get thrown under the bus and deny not being present for *some of the meetings?* You mean he didn’t ask what happened?  Julie better make sure she does her job right, bless her heart.

Here are the questions that I intend to send to the church since Bradley is cowering in some corner. Maybe one of his underlings can answer for him? They better be careful since Bradley will be sure to protect Number 1 in any conflict. My guess is that some of them already know that.

Frankly, I am startled by the lack of concern Bradley has shown in this situation. That lack of concern could indicate his possible actions in the future if there was ever a sex abuse situation at Stonebridge. Folks, call the police first before you tell Bradley.

So, it’s a new day for HIghpoint Church and the same old, same old for Stonebridge Church. Keep an eye on Stonebridge. I predict that things could get messy in the future.

Repeat after me: “Jesus, You alone are worthy!”