“In a room where people unanimously maintain a conspiracy of silence, one word of truth sounds like a pistol shot.” ― Czesław Miłosz 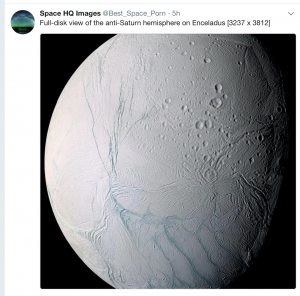 Back in March 2009, we started writing a blog because we were appalled at the level of abuse we saw and  heard about in churches, including those in the SBC. We had no insider information. Neither of us were related to any SBC leaders or journalists of any kind. We just read lots of stuff. It is amazing what people say when they don’t think anyone outside of their fan club is paying attention.

as well as a myriad of other leaders and churches who mistreated abused women and covered up child sex abuse. There wasn’t any sort of in-depth journalistic investigation. Neither of us are journalists or investigators. We are just two people who really cared about what was going on in the church.

We wrote to seminary professors and pastors (ones who are in SBC leadership today) and expressed our grave concerns. We are now talking about your *new and improved* leaders. You know what we were told by these *now* leaders?

News Flash to the SBC faithful: there is no way that the current SBC leadership did not know about Paige Patterson, CJ Mahaney, and Paul Pressler years ago. If two, no-account women in Raleigh could figure it out, they sure as heck figured it out and figured out how to ignore it or they aren’t as smart as they would lead us to believe.

Al Mohler says he just discovered this was not only a Roman Catholic problem.

I think it was CJ Mahaney who said that Al Mohler is the smartest guy on the planet who has a gazillion books, all of which he has read and keeps in a climate controlled vault somewhere at SBTS. Bob Allen from Baptist Global Press wrote #AlMohlerToo: Did a Southern Baptist power broker just get woke?

Mohler would have us believe that he thought the sex abuse problem was only found in the Catholic Church, but *recent* events made him change his mind.

Albert Mohler, president of Southern Baptist Theological Seminary, said he used to think child abuse and cover-ups were only a Roman Catholic problem, but recent troubling reports emerging in his own flock prove him wrong.

Albert Mohler
“A church, denomination or Christian ministry must look outside of itself when confronted with a pattern of mishandling such responsibilities, or merely of being charged with such a pattern.” Mohler said last week in a widely circulated essay. “We cannot vindicate ourselves.”

Mohler said he has given that advice consistently for years, but from now on it will be “a matter of public commitment.”

“I believe that any public accusation concerning such a pattern requires an independent, third-party investigation,” he said. “In making this judgment, I make public what I want to be held to do should, God forbid, such a responsibility arise.”

Seriously? He would have us believe that he saw nothing and knows nothing?

Just a few short years ago, Mohler claimed that encouraging a belief in Young Earth Creationism was to be one of his main priorities in the coming year.

Mohler seems to think that his time for dealing personally with sex abuse has not yet come. I am going to suggest that it did and that he did not responded honestly. Recently, Mohler penned The Wrath of God Poured Out — The Humiliation of the Southern Baptist Convention.

In Romans 1:18 we are told: “For the wrath of God is revealed from heaven against all ungodliness and unrighteousness of men, who by their unrighteousness suppress the truth.”

This is just a foretaste of the wrath of God poured out. This moment requires the very best of us. The Southern Baptist Convention is on trial and our public credibility is at stake. May God have mercy on us all.

Mother Jones posted The New Southern Baptist President Wants to End Abuse in the Church While Sticking to Tradition and points out the close relationship previously enjoyed between Greear and his mentor, Paige Patterson.

Patterson was Greear’s doctoral advisor at Southeastern Baptist Theological Seminary and a mentor to the younger pastor. In the weeks since the allegations were made public, Greear has distanced himself from Patterson’s views.

“In the last few weeks a dizzying amount of revelations have come forward that really have revealed a deep problem in the heart of our leadership, the heart of our convention,” Greear said in a Facebook Live video that addressed the Patterson scandal.

Here Greear writes, in 2008, that Paige Patterson is his friend. This is years after Patterson’s infamous *black eye* statement. This is long after PP left SEBTS for SWBTS, leaving behind a rather colorful history, if you get my drift.

Both Ed and Dr. Patterson are my friends and men I look up to, and both share the same values and commitment to the Gospel. Both love the church and her mission.

Does Greear want us to believe that he *knew nothing*? Also, Greear has been a faithful supporter of CJ Mahaney through the years, and he knows that we know this to be the case…

JD Greear continues to be concerned about *slander* in the SBC

Yes, that word which has been twisted by many un the SBC leadership to mean “Don’t talk about bad things that make us uncomfortable, especially anything to do with child sex abuse within our tribe.” Here is a link to his Facebook Live comments.

Rebecca Davis analyzed this in Commentary on JD Greear’s Facebook Live statement and gives us some food for thought.

JD Greear:Mark those among us of a divisive spirit who seek to create division in our denomination over secondary and tertiary things and keep away from them. Whether they agree with us on the issue they’re being divisive about or not. Distinguish primary issues from secondary or tertiary issues.

This statement is problematic. Who gets to decide what issues are primary? Why is the gender role issue, for example, primary in the SBC when many people would say it’s secondary? Many would say that SBC leaders themselves are being divisive by focusing to the extent that they do on gender roles. (I personally consider it a secondary issue and haven’t discussed it on my blog.)

How will they define slander? Will it be any speaking negatively about others? I’ve been accused of slander by pointing out errors or questionable statements in someone’s speech exactly the way I’m doing now. Will I be accused of slander because of this post? And how is he defining “mislead”? Is he talking about saying something negative about a leader and getting people to believe it? But what if it’s true? How will he determine if someone is “misleading” others?

it is important to remember that SBC leaders have used these ill-defined terms to silence discussion in the ranks. I wonder if he, or others, ever did that to those who came to him to discuss sex abuse in the ranks? Is it going to be the same old, same old?

In the meantime, leaders are dropping like flies in the SBC leadership, and I believe each of these involved inappropriate sexual relationships. One of them may have even involved reportable offenses.

Read the SCBC excuse for his resignation. Huh? Does this make any sense? Also, we know the back story on this one and it is very, very serious. We hope to be able to go public with this shortly.

An official in the 2,100-church South Carolina Baptist Convention has stepped down for unspecified reasons, adding to a number of men quietly leaving Southern Baptist jobs in recent weeks.

Gary Hollingsworth, executive director-treasurer of the 570,000-member body, said he accepted Aderholt’s resignation “based on the importance of staying focused on the convention’s vision statement of seeing every life saturated and transformed by the hope of the gospel.”

The reason is code for *we ain’t talking.*

Other recent departures include the May 28 resignation of David Sills, professor of missions and cultural anthropology at Southern Baptist Theological Seminary in Louisville, Kentucky.

“Southern Seminary is committed to the highest standards of both principle and policy,” a spokesperson said. “Our policies and procedures are clear and are consistently applied. Because this a personnel matter, we cannot comment further.”

This, too, points to the issue.

Alvin Reid, an evangelism professor at Southeastern Baptist Theological Seminary for nearly a quarter century, resigned May 21 “to address personal and spiritual issues.”

This one is slightly older news and gives a hint-including that this was a recent situation.

Those departures came in the wake of the March resignation of SBC Executive Committee CEO Frank Page. Page, 65, initially announced he was retiring to spend more time with his grandchildren. He later added he was leaving due to “a personal failing,” described by his board chairman as “a morally inappropriate relationship in the recent past.”

Allen’s article refers to Mohler calling this recent spate of resignations “humiliating.” It is my contention that the current, new and improved, SBC leadership was well aware of these problems for years and decided to punt it to the eventual embarrassment. Even now, Mohler appears to claim that he is outside of this whole mess.

“In making this judgment,(3rd party investigation) I make public what I want to be held to do should, God forbid, such a responsibility arise.”

Let him give it a go with his SBC, BFF CJ Mahaney.

Alan Bean wrote an op-ed for Baptist News Global provocatively titled Pressler, Patterson and Trump: dancing with demagogues.(Warning: this is not an invitation to go political on us. Concentrate on Pressler and Patterson.)

Pressler and Patterson are widely hailed as the architects of the “conservative resurgence” in the SBC. Together, they barnstormed across 15 southern states, sometimes delivering 50 jeremiads in a single week. Liberal professors and seminary presidents, they told the faithful, simply didn’t believe the Bible.

The fight in the SBC was really about the challenge of the civil rights movement and the proper role of women. Pressler and Patterson knew they would lose if they made these issues front and center, so they defended the inerrancy of scripture.

The strategy worked beautifully because most Southern Baptists grew up in an ecclesiastical bubble where serious talk about the sacred book was verboten. Step outside that bubble and you see men like Pressler and Patterson for who they are.  They are demagogues who will say whatever it takes to win. It’s so obvious you want to laugh . . . or cry.

But the bubble blinds us to the dangers of demagoguery until, in the fullness of time, the foundation crumbles and the walls come tumbling down. Even then, it’s hard to admit the truth. When you are addicted to pretty lies, you will do anything for the next fix.

But what happens when the bubble breaks?

I think the former and current SBC leadership were dancing with demagogues. I believe many of them knew what was going on but decided to wait for years until the time was right. I am sure the subsequent victims understood the need for timing, right? Until the leadership of the SBC admits their complicity in allowing the abuse of women and children to continue over decades and publicly repents, we may not see much a change. After all, the word “slander* has been quite successful in shutting people, hasn’t it?

Can you answer this question?

How could a couple of no-account women with no SBC connections find out all of this stuff and the supposed spirit filled, God appointed, intelligent professors, leaders and pastors of the SBC sat around and didn’t hear a thing?