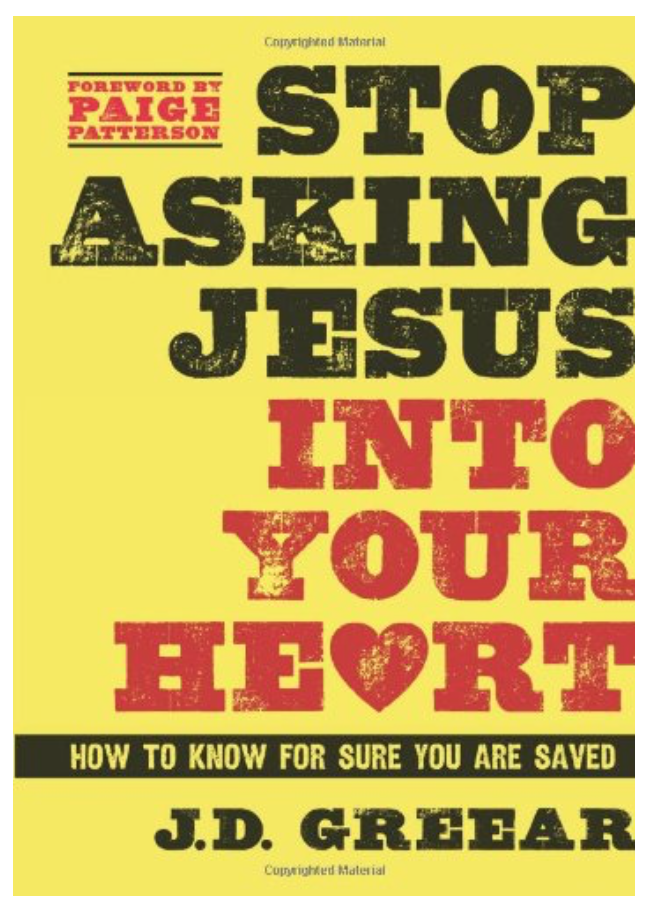 Six years ago we became greatly concerned about what some New Calvinists (aka Calvinistas here at TWW) were saying about The Sinner’s Prayer. David Platt, who had authored the widely popular book Radical two years before (2010) was pastoring a church in Alabama, which Dee was able to visit several times. I enjoyed her first-hand reports of The Church at Brook Hills.

Back then Platt appeared to be the spokesman for this ‘radical’ position, which we believed to be a blatant denouncement of Billy Graham’s ministry. Platt seemed to be saying that the Calvinistas are doing it right, and those in Graham’s camp are doing it wrong. Who’s to say that God cannot use The Sinner’s Prayer to bring people to faith in Jesus Christ?

At the end of this post, I am including the entirety of what I wrote back in 2012, when our readership was quite small. Please be sure to click on the link to the original post and read through the comments.

Not long after that, David Platt was appointed president of the International Missions Board. Recently, he announced his resignation from that lofty post and accepted the position of lead pastor at McLean Bible Church in Northern Virginia.

Several years after Platt began denouncing the Sinner’s Prayer, J.D. Greear jumped on the bandwagon with his new book Stop Asking Jesus Into Your Heart. As Greear explains in this video, he could hold the Guiness Book of World Records for asking Jesus into his heart more than anyone else.

When he shared this message with his congregation, he told them he had been baptized FOUR TIMES! (2:30 mark). Hey, maybe that’s how Southern Baptists can stop the declining number of baptisms. In all seriousness, we believe it is unwise to paint those who believe in The Sinner’s Prayer with such a broad brush. For example, yours truly was baptized only once, and I have remained faithful in following Christ. No doubt MANY others could say the same.

Yet, this appears to be the latest Calvinista fad, and we fear it is going to prove detrimental in the long run. When they say The Sinner’s Prayer isn’t in the Bible, we respond by saying that ‘Trinity’ isn’t in the Bible either!

Here is David Platt declaring war on The Sinner’s Prayer.

In writing his book, Greear was sly in getting Paige Patterson, a traditionalist, to write the foreward while getting endorsements from three of his Calvinista buddies, namely, Matt Chandler (a 5-pointer), Joshua Harris, and David Platt.

What are your thoughts?

David Platt Says the Sinner’s Prayer is “Superstitious” and “Unbiblical”

“Father, I know that I have broken your laws and my sins have separated me from you. I am truly sorry, and now I want to turn away from my past sinful life toward you. Please forgive me, and help me avoid sinning again. I believe that your son, Jesus Christ died for my sins, was resurrected from the dead, is alive, and hears my prayer. I invite Jesus to become the Lord of my life, to rule and reign in my heart from this day forward. Please send your Holy Spirit to help me obey You, and to do Your will for the rest of my life. In Jesus’ name I pray, Amen.” 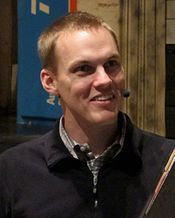 David Platt, a rising star in the Southern Baptist Convention, spoke at the SBC Pastors Conference last week just before the Annual Meeting. During his talk, he emphasized the “pandemic problem” of spiritual deception that is chronic in congregations and encouraged Southern Baptists to be on guard against a “false, superficial faith”.

Platt addressed attendees, most of whom were pastors, with these words: “Are we calling people to biblical faith in a day of rampant easy believism? We must be very clear lest we lead people down a damning path of spiritual deception.”

Here is Platt explaining at the Verge 2012 Conference why “Accepting Jesus In Your Heart” is superstitious and unbiblical.

As you might imagine, such radical ideas caused quite a stir among Southern Baptists, especially those who describe themselves as “traditional”. Their concerns were presented last week at the SBC Annual Meeting, and a debate over the Sinner’s Prayer ensued. Christianity Today featured an article regarding what happened – Southern Baptists Debate the Sinners Prayer.

“I’m convinced that many people in our churches are simply missing the life of Christ, and a lot of it has to do with what we’ve sold them as the gospel, i.e. pray this prayer, accept Jesus into your heart, invite Christ into your life,” Platt said. “Should it not concern us that there is no such superstitious prayer in the New Testament? Should it not concern us that the Bible never uses the phrase, ‘accept Jesus into your heart’ or ‘invite Christ into your life’? It’s not the gospel we see being preached, it’s modern evangelism built on sinking sand. And it runs the risk of disillusioning millions of souls.”

Jared Moore, pastor of New Salem Baptist Church in Houstonville, Kentucky, and a frequent blogger on Reformed theology, spoke against the resolution.

“While asking Jesus to come into your heart may not be specifically in the Bible, I believe the concept is, just like the terms inerrancy and Trinity,” he said.

The Christian Post reported on this SBC business as follows:

The recent decision by delegates to the Southern Baptist Convention to affirm the use of the “sinner’s prayer” – known as a prayer of repentance and “inviting Jesus into your heart” – has undermined Calvinism in the denomination and placed a renewed emphasis on traditional Baptist soteriology: if you repent, call on the Lord and believe in Christ for mercy, you are saved.

The resolution, which passed Wednesday by a majority vote of around 80 percent, affirmed the belief that “repentance from sin and personal faith in the Lord Jesus Christ are necessary for salvation.” Citing Romans 10:13, it also affirmed that “repentance and faith involve a crying out for mercy and a calling on the Lord,” more commonly known as the “sinner’s prayer,” as a “biblical expression of repentance and faith.”

One strong caution in the resolution: “The ‘sinner’s prayer’ is not an incantation that results in salvation merely by its recitation and should never be manipulatively employed or utilized apart from a clear articulation of the Gospel.”

On the one hand, we agree with Platt that if the Sinner’s Prayer is just a rote prayer, then it is absolutely worthless to the one who recites it. However, we believe there are many who pray it sincerely and truly experience a heart change.

How can David Platt know what is in the heart of the one who prays the Sinner’s Prayer? In all fairness, Platt regrets how he phrased his concern about this prayer; however, there appears to be a growing contingent in Christendom that calls into question this prayer and “asking Jesus into one’s heart”.

Trevin Wax recently wrote a post featured on The Gospel Coalition website entitled: Is it Biblical to ask Jesus Into Your Heart? He presents his ideas as follows:

The Southern Baptist blogosphere has erupted in conversation on whether it’s proper to use phrases like “asking Jesus into your heart,” “accepting Christ,” or methods like the “sinner’s prayer” when sharing the gospel. Like many online conversations, this one has tended to generate more heat than light, and I get the feeling that good folks on both sides of this issue may be talking past one another.

This discussion over methods and terms has been bubbling under the surface for a good while now. A younger generation of pastors look out at the state of evangelicalism and are rightly concerned that many people with cultural Christianity in their background cling to assurance they are saved despite an overwhelming lack of evidence of genuine conversion. It’s no surprise that some pastors are blaming the methods and terms that became prevalent in the previous generation. That’s why we hear a pastor like David Platt consider a phrase like “asking Jesus into your heart” to be “dangerous” and “damning.”

We want to hear from our TWW “family”. Do you believe the Sinner’s Prayer is “superstituous” and “unbiblical” and that asking Jesus into your heart is “dangerous” and “damning”?