“All Southern Baptist men who share the views represented in the letter are invited to demonstrate that conviction by signing the letter to SWBTS trustees.”

Second Letter to SWBTS Board of Trustees 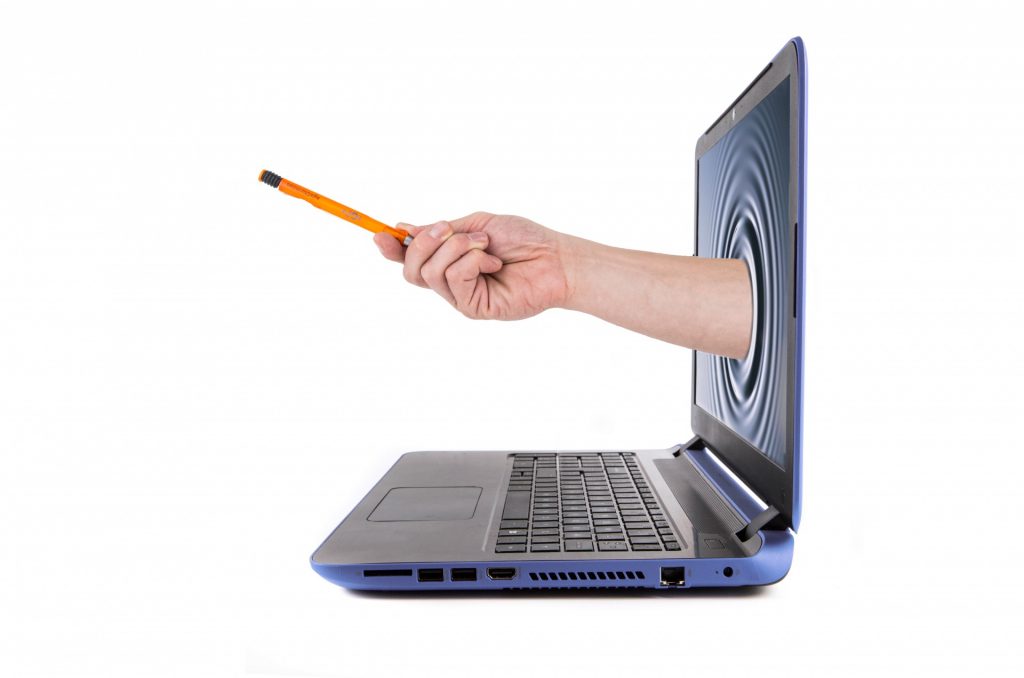 Our previous post – Are There Mixed Motives in the Current Outcries Against Paige Patterson? – has generated quite a bit of discussion. The focus of that post was our reaction to a letter written to the Board of Trustees of Southwestern Baptist Theological Seminary. The letter, which serves as a petition rebuking Paige Patterson’s “unbiblical teaching regarding womanhood, sexuality, and domestic violence” was authored by individuals cloaked in anonymity. Here is a screen shot of a Tweet pointing this out. 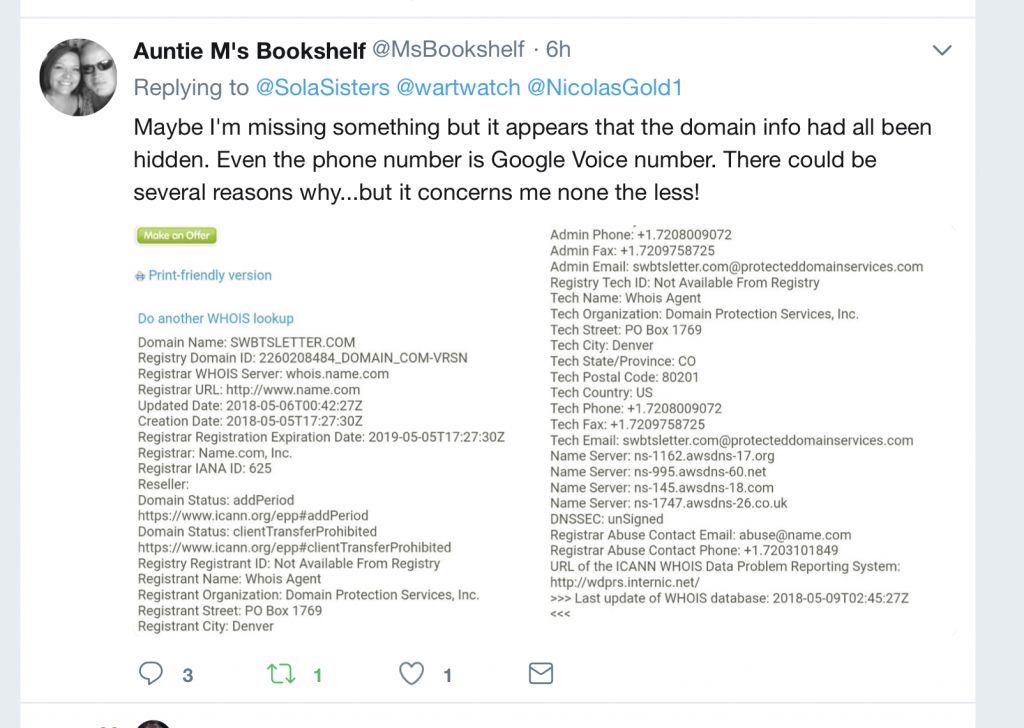 Since the signatories are not known, we are left to speculate on their identities. Even if a group of women did put the letter together, we believe that male leaders were somehow involved. After all, these men are complementarians through and through.

Dee was spot on in making the following observation —> while the names of those who wrote the letter are concealed, the individuals signing the letter are not only revealing their real names but the church they attend, along with the city where the church is located. That is MOST IRONIC and not well thought out in our opinion (see screen shot below). 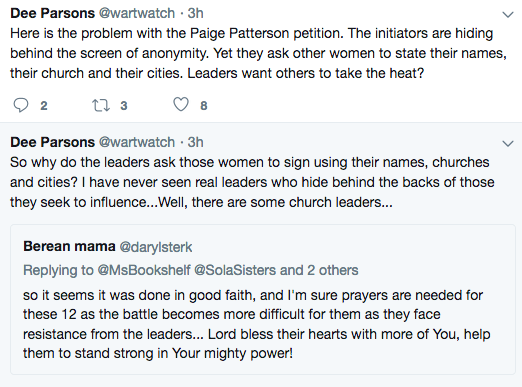 The petition currently has almost 3,000 signatures. Another irony is that several hundred men have signed it, even though the letter begins as follows:

We are concerned Southern Baptist women who affirm the Baptist Faith and Message 2000, including its statements on the roles of men and women in the family and in the church.

That’s rather odd… Perhaps they didn’t take the time to read the letter.

We couldn’t help but notice that a significant number of signers were from certain churches, specifically:

Church at Book Hills (where David Platt used to pastor)

And what do all of these churches (along with some others we spotted) have in common? They fit squarely into the Neo-Cal camp.

Is anyone surprised? We certainly aren’t.

It has become obvious that this was a feeble attempt by the Calvinista crowd to advance their agenda at the upcoming SBC Annual Meeting. Specifically, they want their presidential candidate to be elected. Perhaps they thought J.D. Greear would run unopposed (as Fred Luter did several years ago). After all, Greear graciously stepped aside when the race between him and Steve Gaines was too close to call two years ago.

When Ken Hemphill entered the race, the circumstances changed dramatically. What to do? It’s not that hard to figure out…

Remember, we are no defenders of Paige Patterson. We called for his resignation way back in 2009 when we became aware of the audio of his message at the 2000 Council on Biblical Manhood and Womanhood (CBMW) gathering. Remember, CBMW is a Calvinista organization, and we understand that it is currently housed on the campus of Southern Seminary. We didn’t point it out at the time, but Patterson was wrapping up his two-year term as president of the Southern Baptist Convention (along with being president of Southeastern Baptist Theological Seminary) when he delivered that horrible talk.

We will continue to dig into who authored this letter and will keep you informed.

The men have just published their own letter. It begins as follows: (see screen shot below)

The body of the men’s letter is almost identical to the prior one. Again, no mention of black eyes and witnesses against Darrell Gilyard.