Who knows what evil lurks in the hearts of men? The Shadow knows! Opening to The Green Lantern 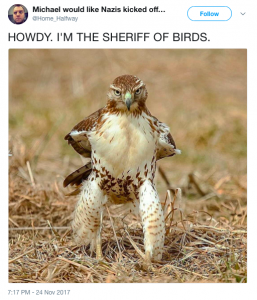 This is a short post that is a prelude to the next post which I will put up this evening. I want it to be a stand alone because I believe many people are naive when it comes to molesters of all stripes. I spoke with a person who told me that she felt her children’s were safe in her church because they have a rigid sign in and sign out policy. Many churches also have mandates that children must be accompanied to the bathroom by two adults. I am sure all of you could give me some thoughtful rules that churches have put in place.

I am here to tell you that such rules will never fully prevent a molester from having access to your children and teens. Let’s look at a case in point. When Andy Savage was Jules Woodson’s youth pastor, that church had a rule that no pastor should ever be alone in a car with a student in the youth program. What happened? Savage did a work around and was alone with Jules Woodson in a car. She was assaulted and has lived with that pain for 20 years.

Folks, these predators are everywhere. They know what the laws are and they figure out ways to break those laws. So many people, including myself just a decade ago, believe that the pastors and volunteers in churches were to be trusted. In my former church, that molester who is serving 13 years in prison (he should be serving more, in my opinion) was an SEBTS seminary student. His family was well known in church circles. He was also thought to be on of those “good* kids. He wasn’t. He seriously hurt many, many young teen boys.

What am I saying? None of us know for sure who is and who isn’t a predator. All of us need to be on the alert for the *tells.* These might include: being overly touchy feely with kids, over friendly with kids-attending their parties and giving them gifts, being overly friendly with the parents of certain kids, etc.

My next story is going to involve a John Piper post in which he blames sex abuse on egalitarians. My point for now is this. It doesn’t matter if you attend the most doctrinally pure church with strict child protection policies, your kids are still at risk. Sadly, there is no policy or correct doctrine that can fully protect our children. That part is up to us. If you see something that bothers you, even the tiniest little bit, report it. The child you save may be your own.

Remember: Rules will not stop predators, merely slow them down.