On sex abuse: “Misconduct. I wish they’d call it for what it is. Misconduct sounds like something you do to earn yourself a time-out as a toddler.” ― T.E. Carter, I Stop Somewhere 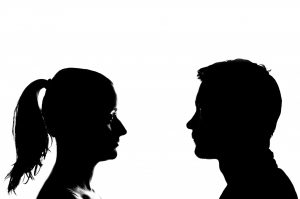 Recently, John Piper responded to the current spate of sex abuse allegations in Sex-Abuse Allegations and the Egalitarian Myth. His response generated a fair amount of valid criticism, particularly amongst abuse advocates. That criticism arose because Piper appears to be ignorant about the diverse allegations of and the dynamics involved in sex abuse.

Mistake Number 1: His list primarily includes men outside of the church

It appears that Piper purposely left out the huge numbers of allegations within the church. This is most likely because he is quite supportive of groups like Sovereign Grave Ministries/Churches.

Mistake Number 2: He assumes that the abuser is a powerful man who has assaulted a weaker woman.

Mistake Number 3: If only men and women practiced proper gender roles, defined as complementarianism, this abuse would radically decline.

egalitarian assumptions in our culture, and to a huge degree in the church, have muted — silenced, nullified — one of the means that God has designed for the protection and the flourishing of women. It has silenced the idea that men as men — by virtue of their created, God-given maleness, apart from any practical competencies that they have or don’t have — men have special responsibilities to care for and protect and honor women. This call is different from the care and protection and honor that women owe men. That’s my thesis. That’s my point.

…”We have put our hope in the myth that the summons to generic human virtue, with no attention to the peculiar virtues required of manhood and womanhood, would be sufficient to create a beautiful society of mutual respect. It isn’t working.”

What is wrong with his *thesis* as he puts it? Could it be that it has nothing to do with gender roles and everything to do with a culture that is now willing to listen to accusations of sex abuse instead of burying it under a *boys will boys* cover?

He believes that 50 years of egalitarianism is the direct cause of all of these sex abuse allegations. He yearns for the old days when men felt they should be protective of the *weaker vessel.* John Piper is taking advantage of his name recognition within a subset of Christendom who believe that when he speaks, it is the gospel truth. He gets to say stuff like this and not one bright man or woman within the complementation crowd says ‘Hey-prove it. Where are the studies?”

Could the recent rise in reports about sex abuse be due to a society which is now more willing to listen to women, men, teens and kids who have been abused? Were things really better in the good, old days? When were those good old days?

According to Piper, Adam’s original sin was not being a leader for his wife.

The Christian Post focused on this aspect of Piper’s *thesis.*  It had nothing to do with wanting to be like God. It was all about not being Eve’s leader.

“He failed to take some initiative and deal with the devil, to be the leader and protector that God had designed him to be. He failed, and he’s been failing ever since,” he explained.

Why is this viewpoint dangerous? Molesters have psychiatric disorders, not improper gender role identification and misunderstanding this could lead to overlooking the real problem.

If people were to accept John Piper’s theory at face value, they would believe that following strict complementarian roles within the church would prevent sex abuse. It doesn’t.

Let’s look at Exhibit A-Josh Duggar. There is no question in the minds of anyone that Josh was raised in a home which scoffed at egalitarian values and taught complementarian roles for the boys and girls. Note the long hair and dresses for the girls as one example. They were homeschooled and kept far away from any movies, television and books that might hint at anything other than complementarian values.

So, what went wrong? They did the entire John Piper shtick and still ended up with a bunch of kids who were molested.

First things first. Molesters have a psychiatric disorder. In other words, teaching Jimmy to open the door for a woman is not going to cure what is wrong inside Jimmy’s head. Jimmy needs help- lots of help.

Sadly, churches tend to cover for molesters who then do not get the psychiatric help that they desperately need. For example, I believe that Andy Savage should have received psychiatric intervention after his assault of Woodson. Instead, everything was buried.

Sex abuse is all about power, not proper gender role assignments.

The Christian Post quoted from a blog called The Sinnergists. I had not heard of them before this but found their website so intriguing that I plan to follow them regularly. Here is how they define their goal.

We first began discussing the idea of teaming up on a project like this because we were frustrated by the way the Young, Restless, and Reformed Movement seemed to have cornered the online theology market and we wanted to show folks that there are other, and, in our opinion, better options. From the very beginning, however, we knew that we wanted to do something more than just an “anti-Calvinist” podcast. We were determined to take a positive, constructive approach to theology and Christian discipleship and avoid the acrimony and exclusivist mentality that sometimes characterizes Christian podcasts—especially ones that take a “side” in the ongoing Calvinist/Arminian debate.

They took on John Piper’s *thesis* in No, John Piper, Egalitarianism is Not to Blame for Sexual Abuse.

Egalitarianism, by its very definition, is the belief that all people are equal and that there is no inherent difference of power, authority, worth, or status between men and women.

Sexual abuse, by its very nature, is about the exertion and the assertion of power. As experts have long noted, sexual abuse is not about lust or desire or even sex; it is about power and it is about control.

They contend that a true egalitarians would NEVER sexually abuse another.

a person who sexually abuses another has, by their own actions, demonstrated that they are not actually egalitarian because, as stated above, true egalitarianism is inherently and fundamentally incompatible with sexual abuse.

This brings me back to my concern that John Piper’s views, if adopted by a church, would lead some to believe that to *cure sex abuse* one merely needs to make sure women and women and men are men. It won’t.

John Piper needs to do some serious study on the matter before he starts spouting his *thesis.* A thesis should be supported by facts. He gives none and that is just plain lazy.

A thesis statement is the single, specific claim that your essay supports. A strong thesis answers the question you want to raise; it does so by presenting a topic, the position you wish to defend, and a reasoning blueprint that sketches out your defense of your chosen position. A good thesis is not merely a factual statement, an observation, a personal opinion or preference, or the question you plan to answer.

John Piper, egalitarianism does not cause sex abuse. Your thesis is not only wrong, it is not really a thesis.