“After being married for 17 years, I have found myself in a place I never imagined. . .” 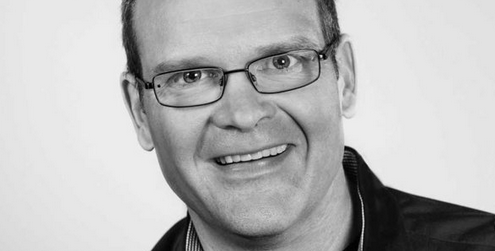 Perry Noble, former senior pastor of NewSpring Church in Anderson, South Carolina, has announced via Faithwire that after 17 years of marriage, he and his wife Lucretia are calling it quits. See screen shot below.

Noble founded NewSpring Church in early 2000, around the same time that he and his wife were married. The church, which is affiliated with the Southern Baptist Convention, became a mega in fairly short order.

However, it hasn’t been all roses with NewSpring. There have been some serious problems in this church’s short history. Remember Pajama Pages?

Then on July 1, 2016, leaders at NewSpring Church issued a statement saying they have removed Perry Noble as Senior Pastor due to alcohol and family issues (See screen shot of most of the statement below) 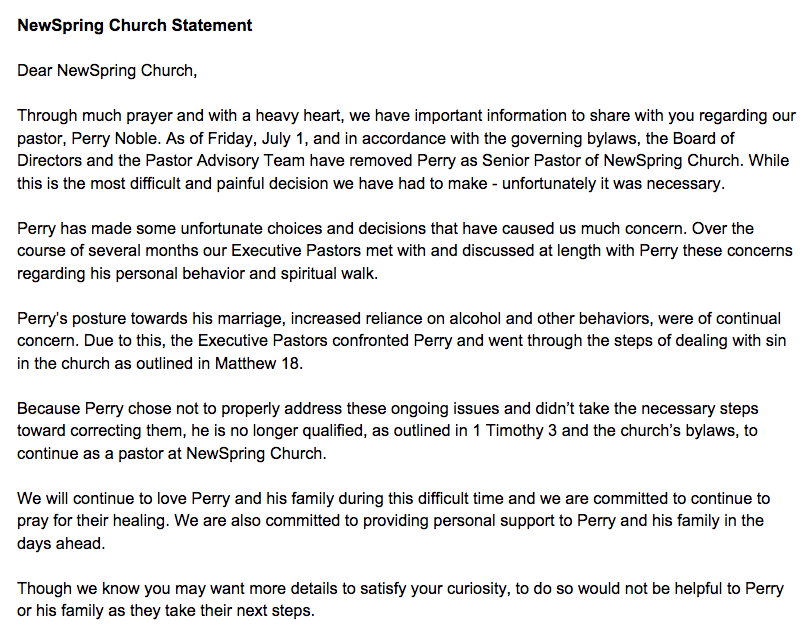 Soon after this announcement was made last year, Dee wrote a post entitled Perry Noble’s Problems Are Just Beginning: An Analysis. In the wake of Noble’s announcement regarding his divorce, It is worth going back and reading Dee’s informative post.

According to an article in the Greenville News, NewSpring, which once boasted of having as many as 33,000 members attending its 14 campuses, has lost members.

As mentioned in the Greenville News article, Perry Noble recently filed paperwork to launch a non-profit called Second Chance Church. I wrote a post on this development, which you can access below.

Interestingly, on the same day that Noble made a public pronouncement that he and his wife were divorcing, he Tweeted out information about his upcoming conference, which will be taking place next week. (see screen shot below) 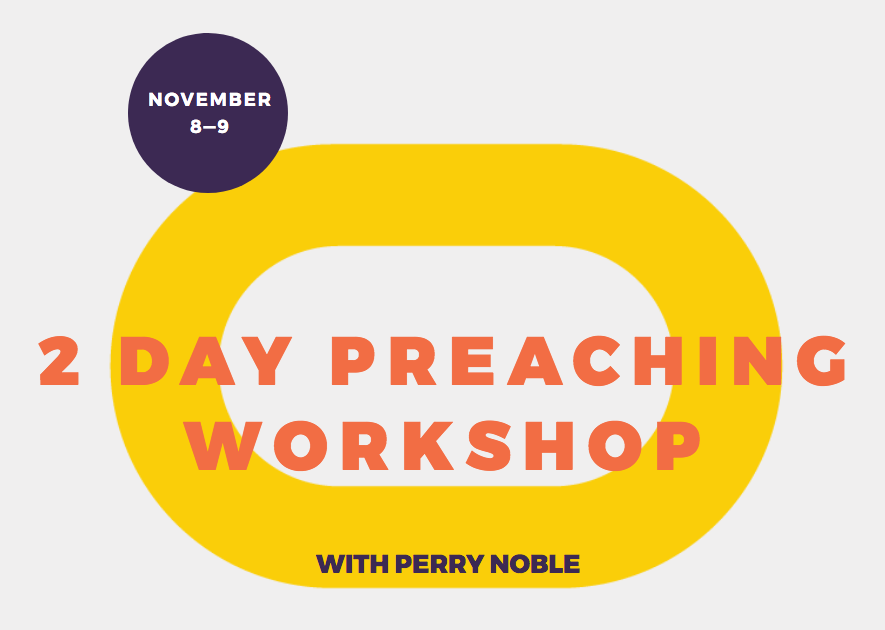 Dee and I are saddened that Perry’s only daughter is caught in the middle of all of this, and we will be praying for her. No doubt there will be more to come from Perry Noble, and we will do our best to keep you updated.