“Sometimes the prize is not worth the costs. The means by which we achieve victory are as important as the victory itself.” ― Brandon Sanderson, The Way of Kings link 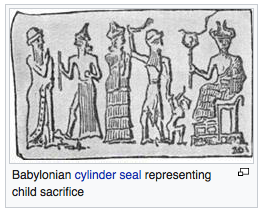 Good night! John Piper sure has a way of getting himself heard. This latest pronouncement is guaranteed to go down in the annals of bizarre things Piper has said.

John Piper: Take your kids on dangerous mission trips because dying isn’t the worst thing that could happen to them and maybe they will become *good* Christians.

John Piper, following on the heels of his *sola fide doesn’t cut it” debacle, has decided that we should stop being so gosh-darn-comfortable and take our kids into life threatening situations for the sake of the gospel.™ The Christian Post reported on this in John Piper Says Parents Should Take Children on Dangerous Mission Trips: There Are ‘Worse Risks’ Than Death.

Here are some primo quotes from the man himself, taken from the original post at Desiring God.

We are losing kids from the faith because they are too comfortable.

Perhaps we lose too many of our children because they weren’t trained as soldiers. Maybe we trained them in comfort and security, and now they won’t leave it,”

How can I raise a dolphin cutting through schools of sharks, rather than a bloated jellyfish floating with the plankton into the mouth of the whale called the world?

We must use these verses in Hebrews to help us to be willing to shed the blood of our children in dangerous areas of the world.

Consider him who endured from sinners such hostility against himself, so that you may not grow weary or fainthearted. In your struggle against sin you have not yet resisted to the point of shedding your blood. (Hebrews 12:3–4)

We should be willing to sacrifice the lives of our kids because they are more likely to become Christ exalting!??

Piper gives us no reason to expect that our children will become *better* kids if we expose them to the potential of their death. He just says it and so it must be. Do those around him ever question his presuppositions?

“Why? Because the cause is worth the risk, and the children are more likely to become Christ-exalting, comfort-renouncing, misery-lessening exiles and sojourners in this way than by being protected from risk in the safety of this world,”

Why should we do this? John Adams did it with his son and the kid became the most brilliant President ever (according to Piper.) Case closed.

So, if John Adams did it, does that mean we should do it? Why? Why does he assume that the same outcomes would happen with our kids?

John Quincy Adams, in my view, was the most superbly educated and maybe the most brilliant human being who ever occupied the executive office. (American Spirit, 115–116)

If John and Abigail Adams thought that their comparatively small aims for their children were worth the risk of death, are not our aims worth just as much risk?

According to Piper, we must do even more because “God is with us” and Piper thinks it is really cool to consider sacrificing the lives of little Tommy and Muffy. We are conquerors!

We have a promise: If God is for us, no one can be successfully against us (Romans 8:31). If they take our lives, our spouses, and our children, they cannot succeed. In all these things, we are more than conquerors.

Unfortunately, we cannot brush this off as an old man’s ravings. It appears that Piper has long been desirous of getting people to sacrifice the safety of their children for the sake of the Great Commission. In 2009 he was asked to answer this question. Should the Risk of Danger Keep Me From Doing Missions?

Kids have no say in their safety.

I found his answer particularly interesting. He specifically said that the man asking the question should respect his wife if she did not want to go but the kids have no say in the matter. As usual, he gets a bit odd. See if you agree. He seems to think about things that no one is asking.

If your wife says, “No,” you probably shouldn’t.

I’m assuming you mean danger for both of you, not like you’re going to put your wife at risk while you have a nice, secure position. If that’s what you mean then you’re selfish and you shouldn’t be in missions at all.

Married people with kids must sacrifice since single people sacrifice.

He does not blink an eye about encouraging parents to make decisions that will risk the lives of their children. This must be done so the Great Commission will be fulfilled. For a guy who is into sovereignty, it appears he thinks God really needs children to be sacrificed because it is not right for only single people to sacrifice.

But if you mean, “Should I consider a calling on my life that brings me, my wife, my children into risk?” I would say, “Yes,” because if you don’t — if everybody went that route — the Great Commission will never be finished.

He brings up the *You must hate your mother* verse for emphasis.

This is probably to fend off intelligent and concerned people in your life who might say, “Do you really think it is a good idea?bringing your daughters into a war torn zone that makes women were full coverage burkas?”

That’s why Jesus says, “Unless you hate mother, father … wife … you can’t be my disciple.”

John Bunyan is Piper’s role model for risking your kids and family.

In using John Bunyan as an example,  John Piper does what many people do. He avoids the difficult verses that might indicate a different and better course of action.

Anyone who does not provide for their relatives, and especially for their own household, has denied the faith and is worse than an unbeliever. (1Timothy 5:8 NIV)

Kent Brantley, the missionary doctor who contracted Ebola, is a far better example of caring for his family.

When the Ebola crisis reared its head on the mission field, Brantley immediately sent his wife and children back to the United States so they would not contract the disease. Perhaps Piper would consider Brantley’s approach wimpy? You can read this family story here: Called for Life: How Loving Our Neighbor Led Us into the Heart of the Ebola Epidemic.

Brantley is now a family practice physician in Texas.

In summary: Piper appears to think it a mighty fine idea to sacrifice the safety of your kids for the gospel as well as to prevent them from being bloated jellyfish.

I don’t think it’s automatic that you keep yourself, your wife, or your children out of risk, out of danger, and out of suffering.

Does John Piper’s suggestion that we expose our kids to dangerous situations, even death, border on child abuse?

Suppose that you, as a parent, decide to *bring the Gospel* to the infamous MS 13 gang. You take Piper’s suggestion and bring your *bloated jellyfish* kids along because you want them to grow up to be Christians, just like Piper implied. Who cares about danger?

The gang is notoriously violent, relentlessly cruel and merciless, with plenty of well-documented public crimes, such as a San Francisco member who killed a family for briefly blocking his car.

Let’s say they get caught in the crossfire and get shot? How do you think Child Protective Services would view the explanation of your gospel mission? Could/should this be considered potential child abuse?

Do you think that it is ethical to deliberately expose your children to danger because you have decided that there are “worst things than death?” Frankly, this sort of reasoning seems cult like and reeks of fanaticism.

Am I wrong here? I look forward to your comments.

Here is another question for those who believe in election before the beginning of time Ala Piper.

Since God has already selected the elect, why not wait until the kids are adults and able to make their own decision whether or not they are called to risk death in a war torn area? No one who is elect is going to end up in hell if you wait a few years to avoid dragging your kids into danger and potential death, right?

A thought on John Piper’s problem in pontificating on such subjects.

Piper seems to be fixated on exposing all the things he believes the rest of us should be doing. Maybe, just maybe he should point to himself and show us how he led his kids into the final frontier. Maybe then he wouldn’t sound so holier than thou.

It appears this person agrees with me. (I had tweeted a link to the first Piper post.)