“He was really important – in the Internet age, Mark Driscoll definitely built up the evangelical movement enormously. But the brashness and the arrogance and the rudeness in personal relationships – which he himself has confessed repeatedly – was obvious to many from the earliest days, and he has now definitely now disillusioned quite a lot of people.” 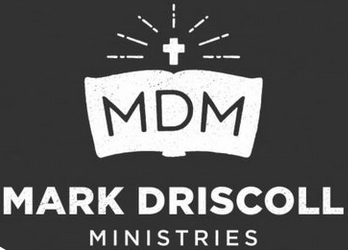 Three years ago Mark Driscoll’s ministry was in serious trouble. No doubt many of Mark’s followers must have found it difficult to believe that the man who founded Seattle’s Mars Hill Church, which grew to a purported 15,000 members at 15 different campuses, could suddenly be facing the end of his ministerial career.

Because of Mars Hill’s explosive growth, Mark Driscoll drew the attention of both the secular and Christian media. When it was discovered that his ministry was in jeopardy, The New York Times published an article entitled: A Brash Style That Filled Pews, Until Followers Had Their Fill (8/22/14)

Here is an excerpt from that NYT piece:

Mark Driscoll has long been an evangelical bad boy, a gifted orator and charismatic leader who built one of the nation’s most influential megachurches despite, or perhaps fueled by, a foul mouth, a sharp temper and frank talk about sex.

The church he founded, Mars Hill, enjoyed rapid growth in the Pacific Northwest — one of the most secular regions of the nation — and it claims 15,000 members worshiping at 15 campuses in five Western states, and 200,000 more people watching its services online every week. Mr. Driscoll became a celebrity in conservative Christianity, a sought-after speaker and prolific author known for a celebration of masculinity that helped Mars Hill attract young men, a demographic noted in church life mostly for its absence.

But now Mr. Driscoll’s empire appears to be imploding. He has been accused of creating a culture of fear at the church, of plagiarizing, of inappropriately using church funds and of consolidating power to such a degree that it has become difficult for anyone to challenge or even question him. A flood of former Mars Hill staff members and congregants have come forward, primarily on the Internet but also at a protest in front of the church, to share stories of what they describe as bullying or “spiritual abuse,” and 21 former pastors have filed a formal complaint in which they call for Mr. Driscoll’s removal as the church’s leader.

For our readers who may be unfamiliar with what happened at Mars Hill Church, the circumstance that eventually led to the downfall of Mark’s ministry (and thereby the church) occurred way back in 2007 when Mark Driscoll wanted to consolidate power through a revision of the church bylaws. The NYT article provided the following explanation:

Mr. Driscoll’s critics trace the church’s troubles to 2007, when the pastor demanded a revision of the church’s bylaws to reduce the authority of most of the church’s elders. Two elders who objected were fired, and the church then ordered one of them shunned, meaning that all Mars Hill members were to cease contact with him, his wife and his children, effectively eliminating their social world.

“It was devastating,” said Paul A. Petry, the elder who was fired and shunned. Rob Smith, a deacon who quit to protest the bylaw changes, recalled that Mr. Driscoll became abusively irate with him. “He said, ‘I will destroy you, and I will destroy your ministry.’ ” In the months that followed, Mars Hill members en masse stopped contributing to a foundation Mr. Smith was running to help orphans in southern Africa, eliminating a major source of the organization’s funding, he said.

No doubt this had become ‘Mark’s Hill’, and anyone at the church who dared to challenge Mark Driscoll faced dire consequences.

Believe it or not, Mark Driscoll was one of the original Council Members for The Gospel Coalition (TGC) and TGC’s co-founder, Tim Keller, had this to say about Mark (see screen shot below):

Yes, it was definitely the internet that gave Mark Driscoll the ability to reach a worldwide audience and impact countless young pastors and pastor wannabes who desired to emulate his brash persona.

To be honest, it has been wonderful over the last couple years having Mark Driscoll out of the spotlight. But alas, Mark has revived his ministry in Phoenix of all places! (is anyone surprised by the new location?)

Dee and I are grateful for Warren Throckmorton, who continues to keep his readers informed about Mark Driscoll. You may recall that Warren (and other bloggers at Patheos) were highly perturbed when Driscoll was recently added as a Patheos contributor. We wrote about the recent development in a post entitled Patheos is Now Hosting Mark Driscoll’s Blog. Driscoll has moved all of his archives to Patheos, and he continues to blog on a regular basis.

Throckmorton’s post After the Demise of Mars Hill Church, Mark Driscoll Landed On His Feet With Over One Million Dollars in Donations, provides a glimpse into the financials of Mark Driscoll Ministries, which we will get into momentarily.

As Warren aptly points out, Kirsten Powers, a reporter for The Washington Post, is deeply disturbed by the addition of Driscoll’s blog to the Patheos website. She titled her article – Why is a popular interfaith website giving a disgraced misogynist pastor a platform?

Well, we think we all know the primary reason that Driscoll’s blog has been added. ($$$)

We believe it’s all about the money… And speaking of the Almighty Dollar, Mark Driscoll Ministries has been raking in the dough over the last couple years, according to the ministry’s filings with the Internal Revenue Service. Warren Throckmorton provided links to the ministry’s tax forms in his post (see below).

Here are some screen shots regarding Driscoll’s ministries (note that it is now plural) from the nonprofit explorer section of another website – propublica.org (link)

Question – Why is Mark Driscoll Ministries based in Tulsa, Oklahoma??? The ministry’s tax-exemption was granted in 2015. He had just resigned as pastor of Mars Hill Church the previous year, so Mark wasted no time getting back into business (so to speak).

Here are the financials from 2015 (see screen shot below). 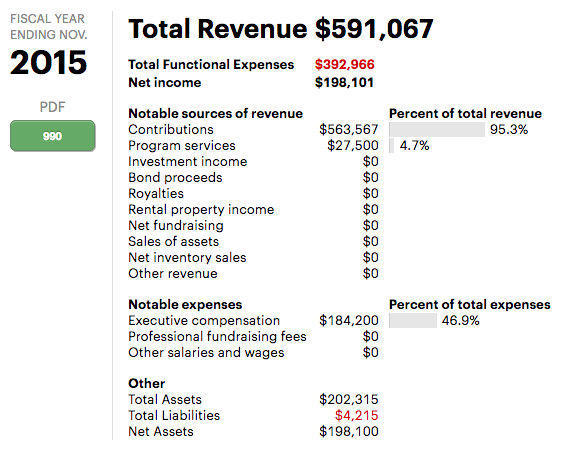 Note the sizeable contributions in this first full year of ministry, and also the executive compensation. We believe Mark Driscoll is the only ‘executive’.

The Evangelical Council for Financial Accountability (ECFA) does not have a listing for ‘Mark Driscoll Ministries” at this time. Perhaps that’s not surprising given the fact that the ECFA was named as a co-conspirator in a lawsuit against Mark Driscoll. Warren Throckmorton wrote about the lawsuit here.

We appreciate what Throckmorton wrote in his most recent post about Mark Driscoll. (see screen shot below)

While we have some empathy for the Martians (Mars Hill members were fondly called this) who funded Mark Driscoll’s first ministry, we will have absolutely no sympathy for those who fund his current “ministries”.