Nothing in all the world is more dangerous than sincere ignorance and conscientious stupidity. Martin Luther King, Jr. link 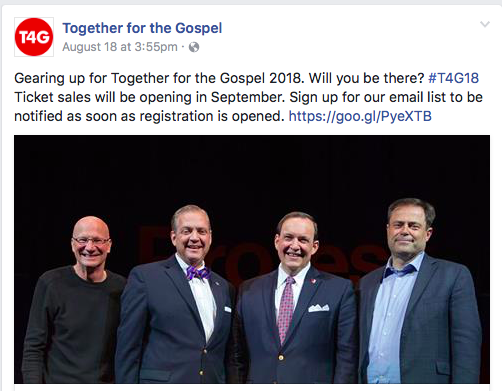 Everywhere I turn, I am seeing ads for the T4G 2018 conference. It's she same 4 Calvinista men proclaiming their undying friendship. As always, I wonder how CJ Mahaney manages to be upheld as a paragon of virtue by these men. We know he gave Al Mohler's seminary $200,000+. So the money angle is understandable-big donors always get a pass even if it is a bit shakey from a biblical perspective. He gave Dever's church a few bucks as well. This gushing over Mahaney continues in spite of his epic failure as a church leader as featured by The Washingtonian.

The Sex-Abuse Scandal That Devastated a Suburban Megachurch: Inside the rise and fall of Sovereign Grace Ministries.

I just don't get it. To me, and most other people, child sex abuse is one of the most heinous crimes and sins imaginable. Many educated people today are aware of the long term effects of child sex abuse on the lives of those who were abused. Most knowledgeable individuals are cognizant that pedophiles target churches.They know that pedophiles are afflicted with a profound disorder that they will fight (hopefully) for the rest of their lives. Sadly, many will not fight it. Recidivism in molesters is frighteningly frequent.

Most literate people are aware that pedophiles and those who cover it up, lie about themselves. They are charming and disarming. Poorly educated people fall for their platitudes. Christians, in particular, are prone to believe that they are *cured* simply because they have said they are following Jesus and have spent a few years *up the river.*

However, it has become apparent to me that some of the most naive people in the world are found in churches and seminaries all over of the world This lack of knowledge can have serious repercussions for our children.

The scariest example of this naivete about child molestation exhibited itself in a post at The Gospel Coalition. When I read it, I actually thought I must be reading it wrong. So, I put it aside until this week and read it again. No wonder CJ Mahaney is still the darling of The Gospel Coalition and friends. They don't get it.

In June 2017, Collin Hansen,the editorial director for The Gospel Coalition, did a book review: Home Is Where the Longing Is. He was reviewing Keeping Place: Reflections on the Meaning of Home by Jen Pollock Michel. This is her bio at Amazon.

Jen Pollock Michel is a writer, speaker, and mother of five. She is a regular contributor for Christianity Today's popular her.meneutics blog and also writes for Today in the Word, a monthly devotional published by The Moody Bible Institute. Her writing has also appeared at Relevant, InTouch magazine, Today's Christian Woman, and Gifted for Leadership. Jen earned her B.A. in French from Wheaton College and her M.A. in Literature from Northwestern University. She lives in Toronto, Canada, with her family and blogs at jenpollockmichel.com

He earned an MDiv at Trinity Evangelical Divinity School and an undergraduate degree in journalism and history from Northwestern University.

Here are the stunning opening paragraphs to the book review.

Remember now, these are Hansen's words.

Jen Pollock Michel and her family opened their home to the kind of man the rest of the world shuns. While growing up he had been abused emotionally and sexually. The trauma led to addiction; the addiction led to crime. He couldn’t keep out of prison. He needed help. He needed Jesus.

“We understood the power of Christian hospitality to tangibly express the love of Jesus,” Michel writes in her new book, Keeping Place: Reflections on the Meaning of Home, “and we believed that by God’s renewing, inhabiting Spirit, this man could be granted the power to change. He needed a home, and we had one to share.”

It’s a beautiful story. Right up until the part where the man attempted to prey on one of Michel’s five children. The tragedy unfolded on Christmas Eve; thankfully, he was prevented from acting on his intent. Against all evidence, the man claimed innocence. Michel’s family no longer welcomes him into their home.

Let's review the so -called *beautiful* part of the story The man that this author decided to bring home to live with her family which includes kids had a rough history.

Her reasons (which I assume are part of the *beautiful* story").

Now, the not so beautiful part of the story.

I was gobsmacked. This feeling continued since, of course, I assumed an explanation for an intelligent family even considering to put their kids into harm's way was forth-coming.It didn't happen. However, the next sentence began a treatise about how home is not a place of security. Security will only happen in heaven.

(Michel) offers an unexpected apologetic for the Christian faith through our experience with home. From various angles she evokes the reader’s longing for home, a place of welcome, safety, honesty, and shelter, but she won’t allow us to invest any home on earth with hope that can only be secured by Jesus Christ.

Wait-stop the presses! This makes absolutely no sense to me. Shouldn't Hansen wrestle with the thought that bringing a potential pedophile and/or criminal into a home with kids was not a smart idea? Hansen doesn't appear to even consider this question. Instead the rest of the review was a treatise on the plight of lonely women at home. For some reason, this seems rather bizarre to me.

When couples left cities and farms for suburbia, they lost dense, multigenerational networks of family and work. No wonder the women were so lonely at home as the men worked downtown.

“Women, cloistered in empty homes through long stretches of daylight, suffered from the lack of human contact,” Michel writes, “which they originally had enjoyed when home and work were organized more communally.”

Home is bound to disappoint us so we should go ahead and put our kids at risk, I guess

The review proceeded to discuss the problems of marriages of middle aged couples. Then it segued into the home as a disappointment.

Home is bound to disappoint because we’re prone to wander, prone to leave the God who loves us. Adam and Eve distrusted God’s good provision of home, so he banished them from the Garden of Eden. Nowhere, however comfortable and safe, has ever felt quite like home for humanity since then.

Until then, we toil. And sing. And open our home to strangers, even though we know the risk.

Can I repeat that?

And open our home to strangers, even though we know the risk.

Of course, everyone needs Jesus. But not every criminal and dangerous person needs to hear Jesus in a home where there are children who should be protected by their supposedly sane parents.

I am going to say this loud and clear.

If Michel knowingly brought home a criminal who was also an addict and most likely a pedophile and exposed her kids to the possibility of harm; and Collin Hansen thinks this is a fine idea; then no wonder pedophiles and other criminals love the church. We are stupid and dangerous.

Given this line of thinking at TGC, you can be sure that CJ Mahaney will always have a place at the Neo-Calvinist table. It is the *hospitable* thing to do, after all.

To repeat the quote from the top

Nothing in all the world is more dangerous than sincere ignorance and conscientious stupidity. Martin Luther King, Jr. link 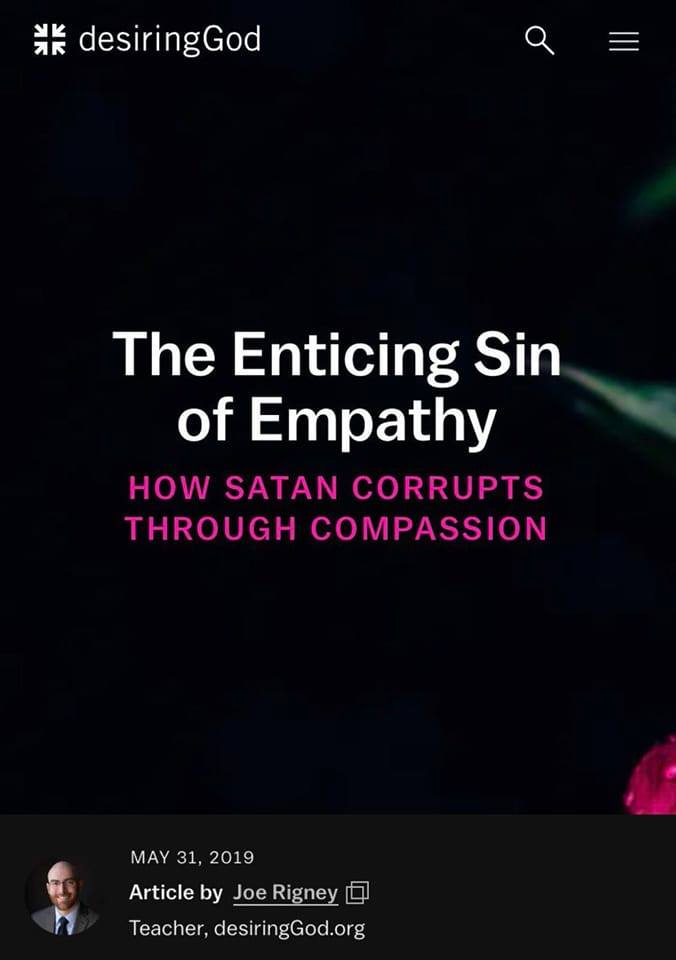