"And so the governing board in authority over me invited us to continue, and we prayed about it and talked about it as a family and felt like we heard from the Lord, and I resigned…" 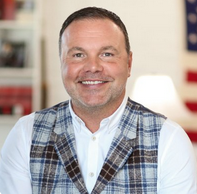 We were expecting severe weather here in the Raleigh area yesterday morning, so as soon as I got up I wanted to watch the local forecast. I'm still not sure whether what happened was human error or divine providence (perhaps both?). As I punched the numbers on the remote, the image that suddenly appeared on our TV screen was that of Mark Driscoll!

The program I had inadvertently tuned into was Life Today, and Mark Driscoll was being interviewed by Sheila Walsh and Randy Robison. Here is a short clip from that interview.

Of course, Driscoll made sure his Twitter followers knew about his public appearance by sending out the following Tweet (see screen shot below).

As the interview began, Randy Robison said to Mark, "You've been, you know, a little hidden for a while," to which Driscoll responded, "Yeah, I've been in the witness protection program."

Early in the interview, Driscoll explained how 10,000 people were baptized during the existence of Mars Hill Church, that 15,000 attendees would show up on a typical Sunday in 15 locations in 5 states, and that his ministry exceeded all expectations. Then Mark Driscoll had this to say of his previous church (Mars Hill):

We had a governance war at the church that went eight years behind the scenes over who's in charge and how things play out, and so at the end we had 67 elders in 15 locations in 5 states, a large percentage of whom I had never met, and they wanted to have independent local churches and we were one large church in many locations so there was an eight-year battle that finally went public the last year. It was very painful for everyone involved, especially the wonderful, dear generous amazing people that served and gave and made it all happen. And so the governing board in authority over me invited us to continue, and we prayed about it and talked about it as a family and felt like we heard from the Lord, and I resigned and left without uh… Didn't have an opportunity to say good-bye to the people, so I want to just let them know how much I love them and appreciate them and wish I would have had that opportunity, and we took some time off just to heal up. I signed a non-disclosure agreement, you're not gonna talk about it which was fair and reasonable and I agree with and just decided to spend time together as a family, to heal up, to meet with wise counsel, to learn what we could learn, and to see what the Lord had for us in the next season of our life…. There's the whole story.

After this lengthy explanation, Sheila Walsh said you [Mark] start so small, see God do amazing things, and it grows and grows, and suddenly there's this death by committee. Then she asks: "What did that do to you?"

Sheila, Sheila, Sheila — there's ALWAYS two sides to every story, and you're hearing only one side. It would behoove you to spend some time talking with some of those 'dear people' who faithfully gave their time, talent, and treasure to Mars Hill Church, only to be berated by Mark Driscoll. The first two people who come to mind were pastors/elders at Mars Hill – namely Paul Petry and Bent Meyer. Sheila, did you know that your buddy Mark FIRED them? Sorry, but that doesn't line up with the story Mark Driscoll shared with you and Randy Robison. Mark was definitely the boss, lording it over these two elders. He even spoke about it in one of his sermons. Check out this clip.

Does that line up with what Mark told you? Absolutely not! And then there's this montage of quotes from Mark.

Does that sound like a loving pastor who cares for his flock like a father loves his children?

Then there are the serious charges of plagiarism in Driscoll's books, his using $200,000 of church funds to ensure that his book Real Marriage was a New York Times bestseller, his scandalous sermon on the Song of Solomon, which he preached in Scotland. By the way, it was so vile that it was quickly removed from the church website.

Did you know that Mark sees things? Wonder if he saw the demise of Mars Hill Church before it actually happened.

Then there was the re-writing of the by-laws in order to give Mark Driscoll more power. Here is an excerpt from a well-documented article in The Stranger entitled "Why the Mars Hill Faithful Have Started to Queston Mark:

Sheila, it would behoove you to read this article in order to understand what REALLY happened to Mark Mars Hill Church. (Whoops! That was an honest typo from a late night of blogging).

So Sheila, instead of having so much compassion for Mark Driscoll, why not spend some time reading about his antics (there is so much information online!) and reaching out to those who have been hurt by him. We would be more than happy to put you in contact with some of them.

There's a saying – Fool me once, shame on you. Fool me twice, shame on me. Well, there are MANY who refuse to be fooled by Mark Driscoll a second time, and we believe your interview with Mark was most likely hurtful to them. 🙁