"You are blocked from following @TGC and viewing @TGC's Tweets." 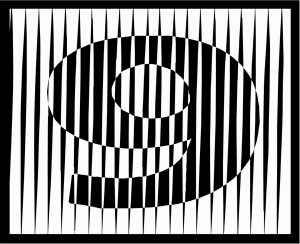 Here are nine things TWW thinks you should know about TGC:

1.  The Gospel Coalition is first and foremost Calvinistic (Reformed). While TGC describes itself as "Gospel-centered", it cannot be emphasized enough that a Reformed soteriology is non-negotiable.

Dee and I were aware of TGC before we launched our blog, and we wrote about it fairly early (December 2009) in this post: A Closer Look at The Gospel Coalition.

2.  TGC embraces complementarianism and considers it to be of first-tier importance as explained in its post Why Is TGC Complementarian? It is noteworthy that this post, published in 2012, has no comments. Here is a video included in this post, should you care to learn more about their comp position.

3.  According to Joe Carter, 8,500 people from across the globe have gathered in Indianapolis for TGC's bi-annual conference. Together for the Gospel (T4G), which alternates with TGC, reportedly had around 10,000 attendees last year, so it sounds like the Young, Restless, and Reformed movement has been able to attract quite a few true believers over the last decade. Could it be that it's basically the same group that convenes each year at these conferences?

If you take a look at the 2009 plenary sessions and workshops listed under events on TGC's website, Mark Driscoll's name is no where to be found.

Driscoll's 2009 message – Rightly Dividing the Word of Truth – has been preserved by The Gospel Coalition, but you have to know where to look for it.

5.  C.J. Mahaney and Joshua Harris were once TGC Council Members, as were James MacDonald (of Elephant Room fame) and Darrin Patrick (link).

James MacDonald resigned as a TGC Council member in 2012 and Mahaney and Harris resigned from the TGC Council at the same time in 2014.

Darrin Patrick stepped down as a pastor of Journey Church, leader in the Acts 29 church planting network and TGC Council member in 2016 due to a 'pattern of sin'.

Tullian Tchividjian's blog was once featured on The Gospel Coalition website; however, he was asked to leave TGC in 2014.

Was it 'providential' that these men be selected to serve on TGC's Council only to be removed later?

6.  In his 9 Things post about The Gospel Coalition, Joe Carter shared the following:

At least a couple of Council members have retired from the pastorate, and David Platt (who formerly served as a pastor) is currently serving as president of the International Mission Board of the Southern Baptist Convention.

7.  Only one of the T4G founders (Dever, Duncan, Mahaney and Mohler), will be speaking at the National Conference, namely Ligon Duncan.

8.  Some attendees of TGC's 2017 National Conference are getting seminary credit (plus a reduced ticket price). What great incentives to attend!

9. TGC has a history of not being open to criticism. Dee, along with quite a few others, have been permanently blocked on Twitter (see screen shot below) and have had difficulty getting their comments approved.

Dee called attention to this less than hospitable treatment in a post published last year: The Gospel Coalition Critiques Culture, Then Blocks Their Critics and Evades Questions and issued this challenge at the end of her post:

Everyone should be asking why Collin Hansen refuses to answer questions. People should ask Tim Keller, who was a TGC founder, why he supports such a repressive culture from folks who are supposed to be engaging the culture. What exactly are they afraid of?

The Gospel Coalition claims to be 'gospel-centered'; however, the Deebs are not convinced…

Dee Parsons Retweeted · Pope Francis
@Pontifex
This is the attitude of a true apostle: to go confidently forward, preferring the uncertainty of unexpected situations rather than force of habit. This courage is born from confident trust in God's greatness who loves to work through our lowliness. #ApostolicJourney
View on Twitter
682
0