"If we have not heard from you by December 23rd we will interpret your silence as your continued unwillingness to repent and will proceed to share it with our immediate church membership in the time and setting that we deem wise and discreet."

Letter to Marie from the Elders at Heritage Bible Chapel 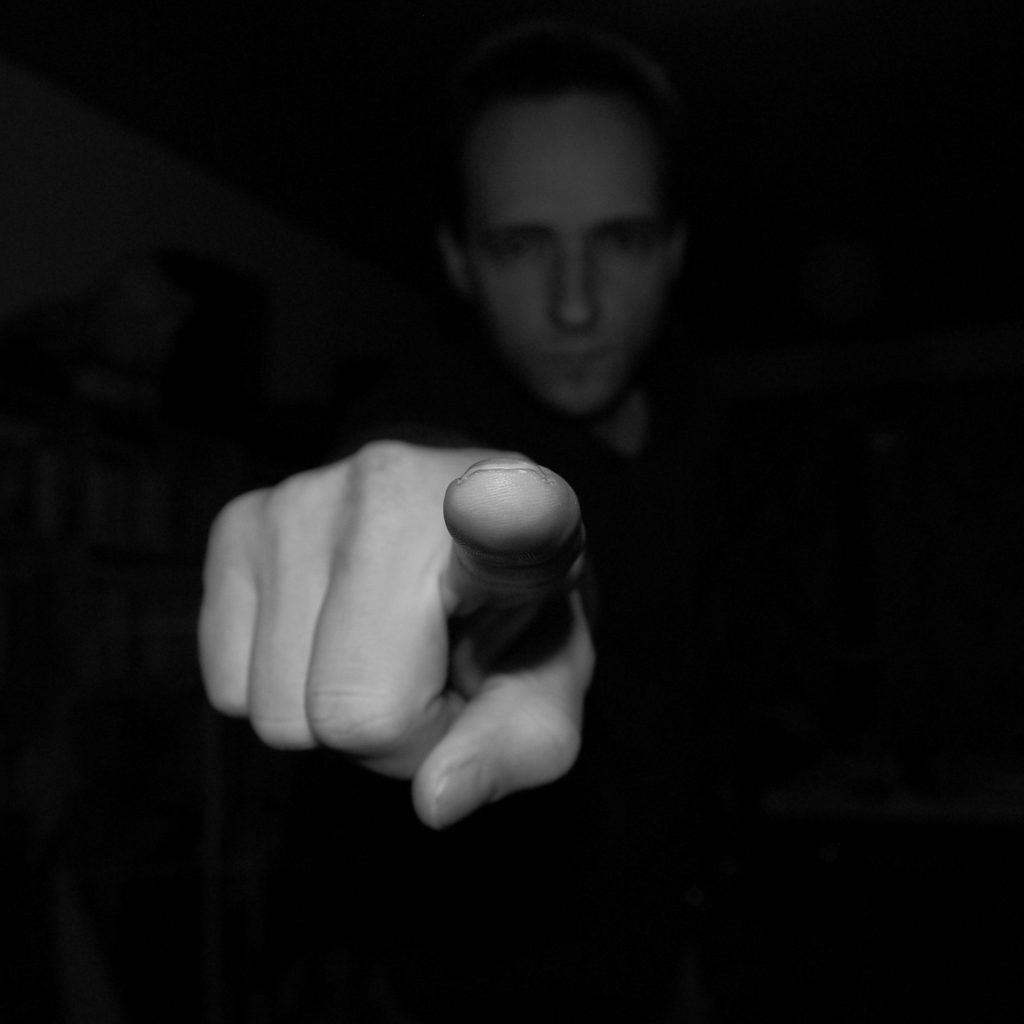 According to the History of Heritage Bible Chapel, it "began as a small but faithful group, with its first public meeting being held at The Princeton Center on December 10, 2000." What in the world has happened to this 'faithful group' 16 years later? Based on our eight years of researching Christian trends, Dee and I have a pretty good idea…

HBC's history reveals that the founding pastor retired in June 2011, and in July 2012 a new pastor named Tim Cochrell was hired. Tim's bio reveals that he received his B.A. in Bible at Cedarville University and completed his Th.M. at Dallas Theological Seminary. The bio then states that

From what we have been able to surmise, Heritage Bible Chapel underwent some changes about a year and a half ago. That means Tim had been serving as pastor at HBC for about three years when the 'changes' took place.

Folks, this is straight out of the Neo-Cal playbook, which Southern Seminary grads (including Ph.D.'s) have mastered… What's so tragic is that an unsuspecting congregation has no clue until it's too late…

Here's how it happens… A church hires a new pastor, and during the first few years he 'grooms' certain men in the congregation to serve as elders. If a church has a deacon board, church polity will be changed to 'elder-led'. In all likelihood, these so-called 'elders' will be yes men. Once the pastor and his buddies are in charge, the congregation is essentially rendered powerless. We have seen this happen time and time again at various churches around the country.

Now let's get back to Marie's situation. In the recent correspondence she received from the HBC elders, they have demonstrated just how ruthless they are by making this idiotic statement:

"If we have not heard from you by December 23rd we will interpret your silence as your continued unwillingness to repent and will proceed to share it with our immediate church membership in the time and setting that we deem wise and discreet."

We believe the elders at Heritage Bible Chapel have clearly demonstrated their hearts of stone (and right before Christmas no less!)

Perhaps you are wondering whether Marie is the only HBC member who has ever been treated in such a cruel way. As a matter of fact, the horrendous way the elders are treating Marie is straight out of the playbook. How do we know? Because it has happened before to another woman at Heritage Bible Church. We are protecting her identity, but this is what she recently shared with us.

My story is far less extensive than Marie's but mirrors it in some regard. Some time ago my husband and I separated. We had been attending Heritage Bible Chapel (HBC) for approximately 9-10 years. Looking back, I am horrified that I received far more communication going through a divorce than I did when I struggled with infertility and subsequently delivered premature twins who then passed away shortly after birth. ONE person from that church made the trip to Boston to express condolences and see how I was doing, and it was a friend of mine who was a non elder/non leader of the church. The pastor at the time NEVER visited. Even after we were home. Anyhow I digress ….

My husband and I separated due to his verbal abuse. After taking the abuse and control for several years, I built a wall and finally asked my husband to leave. He went to Pastor Tim for counsel. Tim then began calling and texting me with regard to my "moving forward with an unbiblical divorce".

Shortly thereafter, my husband, upon receiving counsel from others, arrived home one day and announced that he was "not leaving" because I "could not ask him to leave or make him move out since this was his home". I immediately left and proceeded to lease a house nearby. We arranged a custody schedule that was suitable to both of us and our children.

Pastor Tim contacted me a few times attempting to persuade me to meet with him to discuss the situation and to reconcile with my husband. Instead of meeting with Tim, I sought outside Christian couples counseling.  Not only that, my husband and I both had individual counseling.

Tim let me know that if I proceeded with this 'unbiblical' divorce he would present me to the church membership as an unbeliever and ask them to approach me as such. I was appalled and deeply hurt! My faith in the church was tested and I wavered more. I felt as if I bore a scarlet letter among my friends who largely attended HBC. (Turns out they were supportive).

I sent Heritage Bible Chapel a letter stating that I was resigning my membership and therefore, releasing HBC from any obligation to hold me accountable (i.e. continue the barrage of communication). Following the letter, I continued to receive communication. At this point, my estranged husband felt compelled to contact Tim, urging him to please leave me alone and forego his plan to "tell it to the congregation". My husband reported back to me that Tim responded by saying he "had to" continue. Why? Because I was a member of the "universal church" and therefore he was still obligated to proceed with the accountability measures.

At this point I emailed Tim and demanded that he stop the communication or I would take legal action. Following all that, I had great anxiety that someone was going to show up at my door. I also blocked the phone numbers of Tim as well as the elders. When a friend from HBC contacted me, I always began the conversation by asking whether they were contacting me of their own accord or because the church had asked them to call. It was such an anxiety ridden period of time!

A few months later, my husband and I reconciled for a period of time. At that point we both stopped attending HBC and found another church. The calls and contacts had stopped – I assume because we had gotten back together. Because I had blocked the calls months earlier, I hadno way of knowing whether communication from HBC was attempted or not. I never agreed to meet with anyone at Heritage Bible Chapel.

Several months later, my husband and I separated once again and the dissolution of our marriage did take place. We never received any communication from the church we were attending regarding our divorce. My ex-husband still attends the church we found together, and I have found a new church.

I think one reason the church, this church in particular, takes such a strong stand on this divorce thing is because it's one of the only tangible "sins" they can wrap their heads around and actually hold people accountable for. You can't go into somebody's bedroom and see their pornography, you can't control the abusive family member, you can't measure the amount of gossip that ensues through a church, etc. It's sickening though. I literally felt like I had a scarlet letter, and sometimes I still do. They really get into your head with really messed up information based on scripture taken out of context.

Finally, it cannot be overstated that the men at Heritage Bible Chapel have totally bought into the modus operandi as well. My ex-husband for example, still attempts to control every situation he's involved in with me and the kids.

We  believe there are others who have been hurt by the current leadership at Heritage Bible Chapel, and we hope that in due time they will come forward and share their testimonies. As far as we are concerned, it is laughable that Tim earned a Ph.D. in "Leadership" from Southern Seminary (the mothership of the Neo-Cal movement).  We have said it before, and we'll say it again… What are they teaching in seminary these days?

Dee and I have both spoken with Marie on numerous occasions, and we can assure the elders of Heritage Bible Chapel that she has no intention of communicating with you because she is no longer affiliated with the HBC congregation, having resigned her membership by certified letter on September 28, 2016.

Based on the above testimony by a former HBC member, we predict that Tim and his sycophant elders will soon declare Marie as an UNBELIEVER and will demand that the congregation treat her as such (shunning, etc).

Shun away folks. It will be a visible sign to Marie and others of the condition of your heart.

We are so grateful for this brave former member of Heritage Bible Chapel who has come forward with her story, and we wish we could have done something to help her at the time that she was 'dismembered' (no doubt it felt that way!) by her church family.

Fortunately for Marie, this time around is very different. Thanks to the internet, there are LOTS and LOTS of people watching to see what will happen…

We are asking everyone reading here to join us in praying for Marie and her family. May they feel God's incredible love during this Christmas season like never before.