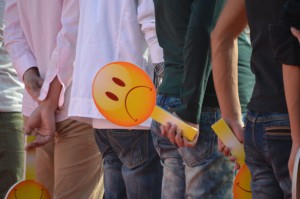 Deb here… In the wake of our shocking post about Pete Wilson and Cross Point Church, I have been pondering what to share that might be helpful to those impacted by such a terrible church scandal.  Dee and I have been blogging for over 7-1/2 years, and we have gotten to the point that almost nothing surprises us anymore.  We have heard so many heart-wrenching testimonies over the years (some which have been shared in this forum), and we wish we could take away the pain that our brothers and sisters in Christ have experienced.

Where does one turn when (s)he has had a painful church experience?  The good news is there are tremendous resources available, such as:

Enroth has made his book available for free online and can be accessed here.

We are very familiar with both of these books and highly recommend them!  What we have learned the hard way is that we cannot blindly follow church leaders, and that is one of the reasons this blog exists.

For those who are new to TWW, I am re-publishing one of Dee's thought-provoking posts.

Please know that I'm keeping those connected with Cross Point Church in my prayers.  May God's will be done in the midst of an extremely painful situation.

Thugs in the Pulpit: Avoiding Abuse from Church Leaders (link)