“The truth.” Dumbledore sighed. “It is a beautiful and terrible thing, and should therefore be treated with great caution.” ― J.K. Rowling link 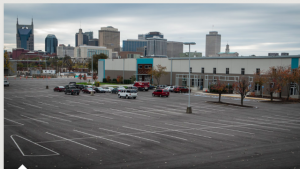 Question: What did the average Cross Point person know about Pete Wilson?

Let me back up. It is time to open up the closed doors of Cross Point Church and tell more of the story. The Gospel demands it, the truth demands it and the dedicated members of this church and those who have contributed money and time to the ministry, deserve it.

Today’s post is based on the reports of reliable sources who have reasons for their anonymity. Also, TWW received some emails from folks alluding to the background situation at Cross Point church.

Accountability: The folks who contribute time and money should have it.

The pastor and the staff should be accountable to the members. However, the history of the ARC, of which Cross Point is a member, appears to have a history of limiting knowledge about finances and difficult issues to a tight knit little group of pastor overseers. They take care of each other very well when it comes to determining their pay scale and what to do when something untoward happens with one of their own.

Truth, not baloney, is at the base of the Gospel.

TWW posted Pete Wilson Is So Exhausted and Burned Out That He Became the President of the A Group.  We noted that the evangelical social media world was abuzz with sympathetic posts about burned out and exhausted pastors. I doubted Cross Point’s narrative from the outset. In fact, it made me a little mad. Poor Pete, extremely well compensated and universally admired by his many followers, was dog tired and ready to drop. Here is who I thought about.

But, what if burnout wasn’t the truth? What if it was merely the excuse because Pete Wilson or CP’s leaders or the Arc’s Overseers demanded it? What if they don’t truly get the Gospel message that ALL have sinned and fallen short of the glory of God? What if they are hiding the truth to look good to the world? The world we Christians are so quick to condemn for being sinful?

Does it upset you when I say that your pastor is a sinner? If so, you need to figure out why. Your pastor is no different than any person in the pew. He may preach a good sermon, lead the church to do great things, be the nicest guy you have ever met but he is still a sinner. He can lie, cheat on his wife, and manipulate people just like anyone else. That is why he needs close accountability by those who are not *yes* men. But most church leaders only pick the yes men and that is harmful to the church.

What follows does not mean that Pete Wilson hasn’t done some wonderful things. It doesn’t mean that everything he has preached is wrong. All it means is that we must become wise and set our baloney filters in high.

Also, we must always question our baloney filters since we, too, are sinners. That is why TWW asks lots of questions before writing our posts. I have been thinking about this story for over the past week.

We cannot address our problems with pastors, leaders and churches if we do not know what the root issues involve.

If the root cause of Pete Wilson’s departure was not burnout then the church community is spinning its wheels addressing pastors and burnout. TWW has approached folks within 9Marks and The Village Church to sort out what really happened, not what was said to have happened. Why did 9Marks punish Todd Wilhelm when he refused to remain in a church that actively sponsored books by CJ Mahaney? Why did none of the elders at The Village Church speak out against the abusive behavior directed towards Karen Hinkley. Unfortunately, our questions will not be answered by either entity. This means that change will not happen in the long run since no one fully understands what happened.

The basic story behind the public story: I am getting so tired of this ole c**p.

This is what one of my sources said. “I am getting so tired of this ole c**p” and they had good reason to say this as you will see in the following allegations.

Due to the recent revelation that Brandi Wilson has filed for divorce from Pete Wilson, we have decided that it is no longer necessary to cause further turmoil . We have redacted this part of the post which deals with allegations including those that the Wilson marriage was on the rocks when Pete resigned. We were not asked to do this by anyone. We do it out of compassion for the family during this difficult time.