"Better to sleep with a sober cannibal than a drunken Christian."- Herman Melville, Moby Dick link 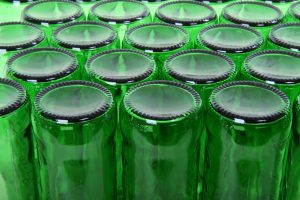 Bottom of the Bottle

(I was going to write one more post after this one but as I was writing, I realized how very important this post is and it got very, very long.)

This post is not a screed against drinking alcohol. I believe that the Bible encourages drinking in moderation and Paul said it was good for the stomach. I also enjoy a good glass of wine. This post is about the abuse of alcohol.

I do believe that alcoholism is a disease but let me quickly clarify that I am not saying this gets the alcoholic off the hook. Some people appear to be more prone to alcohol abuse. However, I am not going to argue with those who claim it is simply a character defect. The treatment and the end result is the same. It is a long, hard road to sobriety.

A diabetic must take their insulin in order to survive their disease. We would not condone a diabetic stopping her insulin, driving a car and causing a wreck that killed people simply because she was sick of taking her insulin. We wouldn't say "She couldn't help it, she has a disease." Neither does the alcoholic receive a *get out of jail free* card when they drive drunk or develop alcoholic cirrhosis. Alcoholics need empathy as they walk their hard road to recovery but they are also responsible for personally pursuing their sobriety for the rest of their lives.

The treatment of alcoholism is tough and can seem, at times, to be rather raw as the alcoholic learns to realistically confront his problem.The practice of  substance abuse medicine and substance abuse counseling is not for the faint of heart.

There are far too many Christians who believe that a quick prayer to Jesus will result in a healing. It doesn't work that way. An alcoholic is an alcoholic for the rest of his life. One slip could send them on a spiral downward and ruin 8 years of sobriety. It is unhelpful for naive Christians who say to *pray the alcoholism away.*

The Church Leader website posted Perry Noble Addresses His Fall: “Four Areas Where I Was Wrong." He says he wrote this post as an update for many who have asked how he is doing.

He claimed to have learned much in the past week in four areas.

1. "I chose isolation over community."

Isolation is where self-pity dominated my thinking, thus justifying my abuse of alcohol.

Isolation is where self-doubt dominated my emotions, causing me to believe I just could not carry the weight anymore, and alcohol was necessary for me to make it through another day.

2.  "I chose alcohol over Lucretia and Charisse"

I was sick—deceived by sin, alcohol and myself. I justified this by saying I needed it to take the edge off, to help me relax, to help me deal with the pressure at home.

3. "I chose control over relationships."

I was “successful” at work, I wasn’t successful at home, so I chose to put more and more time into a place where I felt like I was in control rather than addressing the out of control area of my life.

4. "I chose silence over crying out for help."

I chose to remain silent, which propelled me with light speed toward the coping mechanism of alcohol abuse.

The following problems jumped out at me.

1. He appeared to say that his marriage woes contributed to his abuse of alcohol.

After a season of walking through these challenges, I became discouraged and, instead of asking for help, began to overmedicate on alcohol.

This is an important point when it comes to other abusive behaviors. Some men blame their inattentive wives for their affairs. Those who are domestic abusers blame their spouses for being mean, not taking care of the house, getting pregnant, etc. Those abusers abuse due to issues such as control. The blame fully lies with the abuser, not any other person or problem.

Noble drank because he is an alcoholic, not because he had marriage issues.

2. Perry Noble never used the word "alcoholic" in his post and this is concerning.

Alcoholics are notorious liars. That is how they have survived for as long as they have with a serious drinking problem. They can also be quite humorous and engaging until they discover that you are not going to buy their con game.

Have you ever attended an AA meeting? When a person rises to speak, they start by saying "My name is Perry and I am an alcoholic." Do you know how hard it is to come to this moment? Every alcoholic tries to hide his problem in euphemisms or denial. Here are a few.

1. It was hard year and I over-indulged.
2. I only blacked out three time and I am sure it was due to the flu.
3. The breathalyzer was wrong. I know I wasn't drunk. My tire was low and it caused the car to wobble.
4. My wife left me because I lost my job and she was always a money-grubber.
5. I only drink heavily on weekends.

Let's look at what Perry Noble said about his drinking.

At first it was once or twice a week; however, over time it literally became something I “had to have” every evening.

It is important to note that he never told us exactly how much he was drinking nor of the escalation of that drinking. However, the big clue was "had to have" it every evening. I suspect that he eventually also had to have it every morning along with a mid day *pick me up* as well.

My guess is that many would be shocked by the amount he consumed. I certainly was when I did admission notes on alcoholics coming in for treatment. Using a few tricks of the trade, we would finally figure out the consumption pattern. Meeting people who drank a bottle of vodka or a case of beer each night was not unusual. Do you think I am exaggerating? Google it. Here is one article from the Washington Post which will help you decide if you drink too much.

The top 10 percent of American drinkers – 24 million adults over age 18 – consume, on average, 74 alcoholic drinks per week. That works out to a little more than four-and-a-half 750 ml bottles of Jack Daniels, 18 bottles of wine, or three 24-can cases of beer. In one week.

…there are a remarkable number of people who drink a couple of six packs a day, or a pint of whiskey."

3. How would Noble or you know if you are an alcoholic?

Here is a test from the National Council on Alcoholism and Drug Dependence. 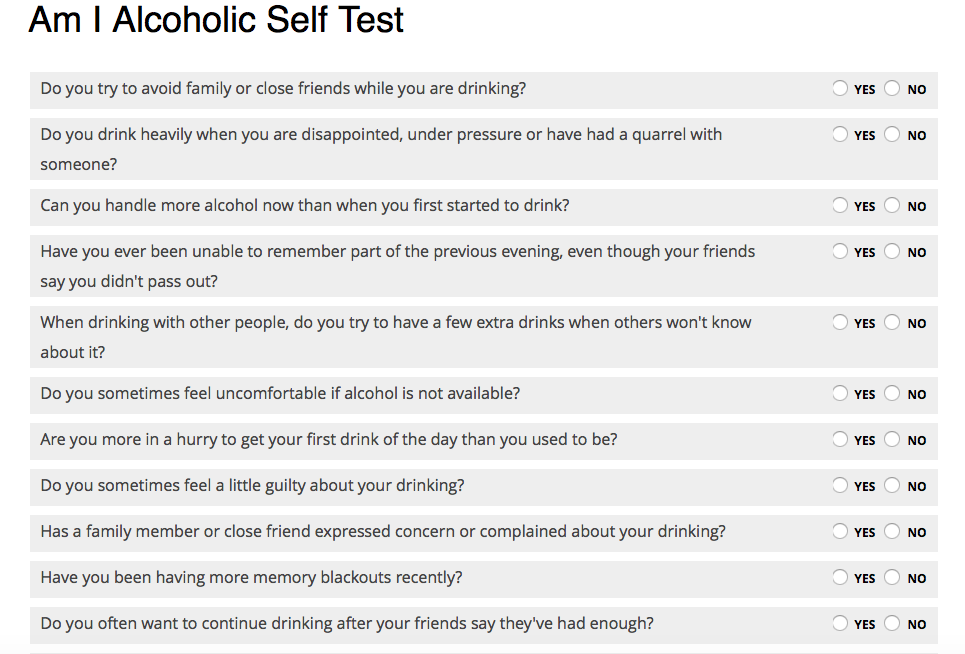 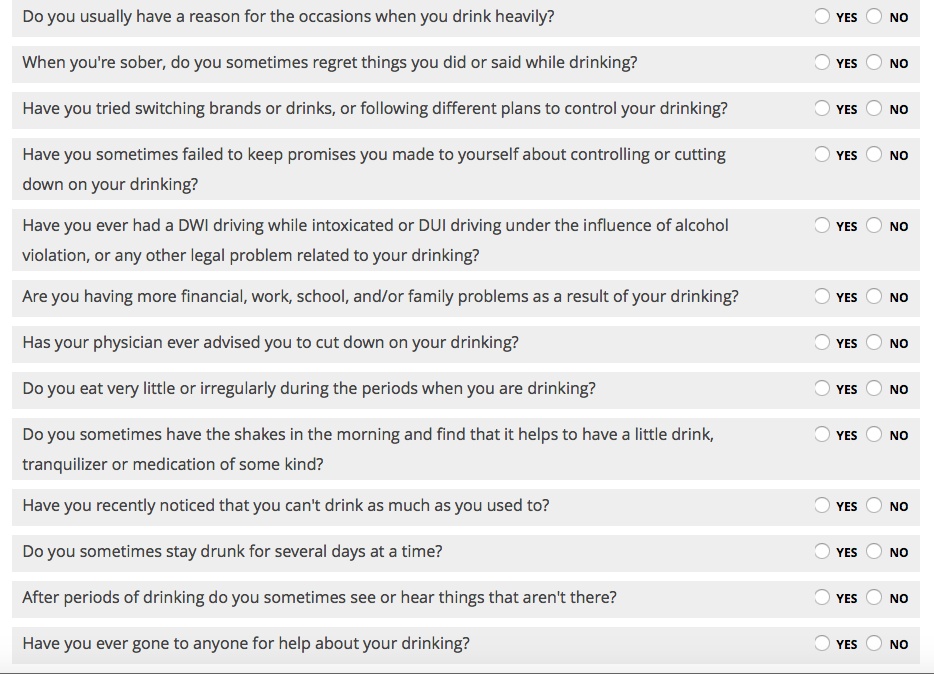 Please visit that link for more information. There are many such tests out there. I think one of the best ways to determine if you are an alcoholic is to ask your friends, coworkers and family. Have they ever expressed any concern about your drinking?

4. Perry Noble is already looking at "what comes next" but he seems to be forgetting something. He needs to walk the walk.

I am a big fan of Alcoholics Anonymous. No, it is not a Christian organization but its tenets mesh easily with the Christian belief system. However, Noble does not say he was involved in a support group. He is sticking with a counselor who he has called his pastor. I truly hope he is being confronted on a regular basis by other alcoholics who have succeeded in the program.

They call this program the 12 Steps of AA. As somebody goes down this road, he/she must do the exceedingly hard job of dealing truthfully with their problem. Here are the steps.

Perry is in a good position to continue his road to sobriety if he wants to do so. His wife is a physician and I bet they have good insurance coverage. I would not be surprised if I were to learn that NewSpring helped pay for his rehab stay and for his counseling. In other words, the family will not starve if he doesn't get right back to work.

5. Dr James Duncan should receive a public apology directly from Perry Noble for overseeing one of the worst cases of known church abuse. I am dead serious.

Dr Duncan, who has written a number of posts for TWW, is a good and decent man. NewSpring Church, under the direction of an apparent alcoholic, embarked on a campaign to destroy this dear man and his family. If you have never read his story, you MUST do so. If you do not, you will miss why I, along with many others, view Perry Noble and his staff with disdain. I have been accused by some of these *Springers* for attacking their church. Until I hear about a major apology and an attempt to make things right, I will never believe that this is a decent church in any sense of the word.

Here is the link to the PDF of Holy Rage at the ‘Spring: How NewSpring Church leaders motivated and monitored a campaign to destroy a critic and his family. Please, please read this.

It is my hope that Perry Noble's behavior in this and other instances can be chalked up to a drunk who was unable to demonstrate love and kindness. If so, I hope that he will make it to steps 8 and 9 and do the right thing for Dr Duncan and others.

Made a list of all persons we had harmed, and became willing to make amends to them all.
Made direct amends to such people wherever possible, except when to do so would injure them or others.

5. Perry appears to believe that he is going to be healed.

This also concerns me. The apostle Paul was never healed of his thorn in his side. He learned to work with that thorn. What I had hoped to hear from Noble is that he has made strides towards maintaining his sobriety which will be a lifelong struggle. Most sober alcoholics say it this way. "I am an alcoholic and I have been sober for 60 days." It is a day to day struggle and those who do not realize this are in for a rude awakening.

6. Noble ended his missive by calling himself Pastor P.

It appears that Noble has not shed his persona of *pastor.* I wish he had ended it this way.

Please pray for me as I begin my long journey. I am an alcoholic.,
Perry