When adultery occurs, three of the Ten Commandments are broken: you shall not commit adultery, not lie, and not covet your neighbor's spouse.  Dennis Hollinger, The Meaning of Sex link 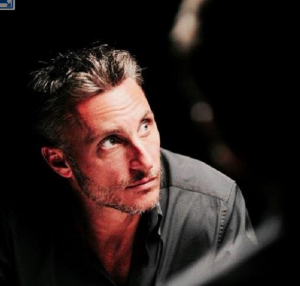 If Tullian Tchividjian had stayed out of the public limelight, I would not have written this post. Since he appears to be writing a book and getting ready to build on his name (he mentions Grandpa Graham), then it is perfectly legitimate for me to express my opinion at his nonsense.

There was a dust up involving Tullian Tchividjian (TT) over an article that he wrote for Expastors which was dated in September but may have been written a bit earlier. It is helpful to know that TT remarried on August 30 and that his current wife is alleged to have been involved in one of his affairs.

We started ExPastors.com in July 2012 to be an oasis of encouragement for pastors and church leaders who have or are going through a break-up with the church or have left a position of active ministry due to things such as: burnout, stress, frustration, fear, or moral failures. Equally, we wish to support, equip, and empower those looking to enter or are currently serving in ministry. We aim to educate current leadership by offering resources that provides a bridge between those currently serving and those previously serving in a pastoral or lay leadership capacity.

This group appears to be run by two businessmen who have left the pastorate.

Here is a fatal flaw in their model which I find in the above statement. I will discuss this at the end.

(Expastors is for pastors who) have left a position of active ministry due to things such as: burnout, stress, frustration, fear, or moral failures.

TT wrote The Freedom in Losing it All. Notice what he does not mention.

That's right. He does not mention his alleged affairs (plural) which occurred when he was in a position of power as a pastor of Coral Ridge. This is more than a simple and sordid case of serial adultery.

TT claims that he almost attempted suicide and is a victim of circumstance.

He appears to cast the blame on those who didn't help him.

He says his problem was that he lost sight of the Gospel. When in doubt, throw in the gospel™ word which is often misused to claim memebrship in the tribe.

The shift from locating my identity in the message of the Gospel to locating my identity in my success as a messenger of the Gospel was slow and subtle. It came on like the slow creep of the tide rather than a sudden tidal wave. I painfully learned that the more you anchor your identity and sense of worth in something or someone smaller than God, the more pain you will experience when you lose it all.

My confidence was severely misplaced: Confidence in status, reputation, power and position, the way I spoke, the praise I received, financial security and success.

He appears to compare his struggle to that of Winston Churchill's struggles which seems a bit over the top. Churchill was talking about his struggles to lead Great Britain in WW2 not participating in serial adultery.

This means that He is the light at the end of your dark tunnel. And He’s not going anywhere. Others may leave, but He will stay. As Winston Churchill famously said, “When you’re going through hell, keep walking.”

Let's put the cards on the table. He is the one who had multiple affairs and then tried blamed his wife for causing this to happen. Except, he was the one to have the affair first. He lied to two churches and even persuaded some leaders to keep it on the down low. Then he left his family in Florida and moved to Texas to write a book and to quickly marry his Texas honey.

His crocodile tears remind of Curly of the Three Stooges who was apt to say  that he was "a victim of circumstance*." (Pronounced soycumstance.)

The negative comments about TT's post are now being erased.

Well, a number of people showed up at Expastors and commented that TT was not playing it straight. I should have taken more screen shots. The negative comments are disappearing rapidly. The moderators deleted Yvonne Trimble's comment who is a long time missionary in Haiti and has done more for the Lord than many pastors. She claimed that TT ignored her when he visited the ministry. Shame on all of them! We wrote her story here.

Here is what the moderators have posted at the site. The didn't mention anything about their deletion of comments.

Notice to Expastor moderators: There is a big difference between burnout and moral failure and they should not be in the same sentence.

In your *about us* section, you had this to say regarding Expastors.

(for pastors who have) have left a position of active ministry due to things such as: burnout, stress, frustration, fear, or moral failures. Equally, we wish to support, equip, and empower those looking to enter or are currently serving in ministry. We aim to educate current leadership by offering resources that provides a bridge between those currently serving and those previously serving in a pastoral or lay leadership capacity.

How TT should handle it and then I will believe he is serious.

There are three pastors whom I dearly love. One of them had an affair. When it was revealed, this man gathered the church together and sat in the middle  of a circle of chairs. He then asked church members to express the pain and anger they had towards him. He faced his sin and respected his congregants. He had guts and truly exhibited the real Gospel in his actions.

This man stepped down and repented over a long period of time. He even worked in Home Depot where he served his former congregants. He has decided never to return to the pulpit but he has a teaching ministry now, years after the affair. My husband and I have encouraged him to start a church but he has remained adamant in his decision.

It is time for TT to try on some humility and to play it straight. Hiding out in Texas with his new honey and leaving his kids  his exwife and his former congregants behind are the actions of coward. He needs to return to Florida and get in a room so his former friends and congregants can come and tell him how they feel. He needs to apolgize specifically to each and every one of them.

He needs to be near his kids. They are hurting although there are some sycophants on Expastors who claim they are just fine. Baloney! I don't suppose he knows of Gabe's meltdown on Twitter. Does he? iI he doesn't, has he divorced his family as well? Time for him to truly repent and not hide behind some blog post.

Update:Thanks to Andrew, we now have Yvonne's comment and a response.

He made a screen shot!!! 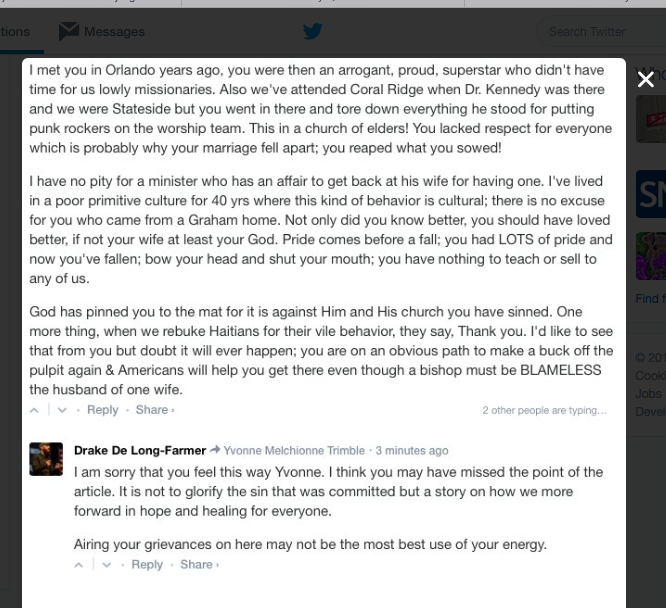 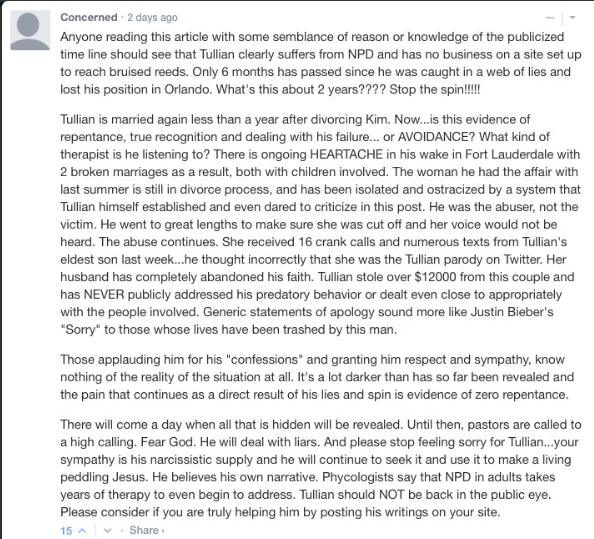 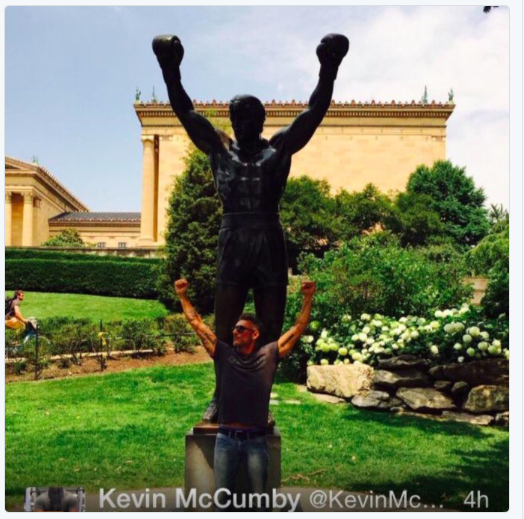