"9Marks exists to equip church leaders with a biblical vision and practical resources for displaying God’s glory to the nations through healthy churches. To that end, we want to see churches characterized by these nine marks of health:  Preaching, Biblical Theology, The Gospel, Conversion, Evangelism, Membership, Discipline, Discipleship, and Leadership." 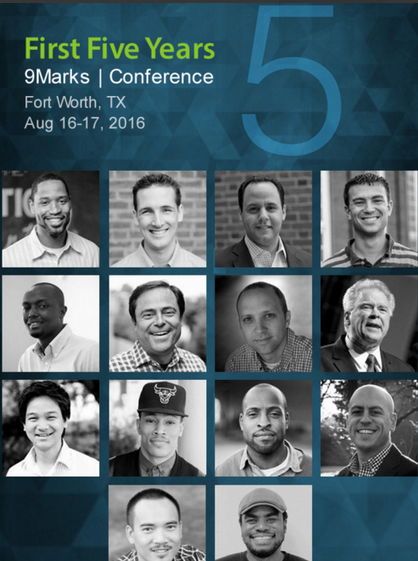 It's that time of year…  9Marks is hitting the road again to train pastors and future pastors in how to "do church" the 9Marks way.  For the next two days, Dever and gang will be in Fort Worth, Texas – home of Southwestern Baptist Theological Seminary.  Perhaps for the first time a non-Calvinist will be speaking at one of the conferences.  Can you guess who?  (See screen shot of the speakers above).

Paige Patterson, who is a non-Calvinist, must have recently adopted the mantra — if you can't fight 'em, join 'em.   He has been at the helm of Southwestern Baptist Theological Seminary since 2003, and before that he served as president of Southeastern Baptist Theological Seminary.  Patterson's claim to fame is that he and Paul Pressler masterminded the SBC's Conservative Resurgence.  Little did he realize that Al Mohler would use the exact same strategy to push Calvinism throughout the SBC from the seminaries to the churches to the NAMB and IMB to other SBC entities.

It's hard to believe it was just a decade ago that Patterson and Mohler participated in a debate regarding Calvinism at the 2006 SBC Annual Meeting in Greensboro. The Baptist Press reported on it in an article entitled Patterson, Mohler: Calvinism shouldn't divide SBC, which I highly recommend.  In that article, Patterson shared an observation with which I wholeheartedly agree.  One of the concerns he has with some Calvinists is that there has been…

— a failure of Reformed pastors to be “completely forthright” with pulpit committees during interviews. “This is a concern not only about Calvinists,” Patterson said. “It is a concern about people who happen to be dispensationalists, like me. It's a concern about any position which you hold." There should be “full disclosure of what you believe and what you plan to do once you become the pastor of that church."

Patterson voiced that concern ten years ago, and I happen to know of a church where this has recently occurred.  Last fall the pastor search committee of a small rural church recommended a pastoral candidate to the predominately non-Calvinistic congregation, and they voted unanimously for him to come and pastor the church.  About a month ago a member of the church met with the pastor and asked him about his theological beliefs.  During that conversation the pastor, who had been at the church for around 10 months, finally admitted he was a Calvinist.  When this individual asked the pastor why he didn't reveal this to the pastor search committee, he responded:  "They didn't ask."  The church members are just now finding out that their pastor is Reformed, and a good number of them are asking the question "What is a Calvinist?"

Danny Akin, Patterson's successor at Southeastern Baptist Theological Seminary, has stated that pastoral candidates should lay all their cards out on the tabie regarding their theological beliefs.  If you're a Calvinist, say so!  Through our seven years of blogging we know from the many testimonies we have received that in so many cases the pastoral candidates avoid bringing up Calvinism.  They may use terminology like 'reformed' or 'doctrines of grace' in an attempt to skirt the issue.  Hopefully, this important matter will be addressed at the 9Marks conference taking place tomorrow and Wednesday.

Here is a brief description of that 9Marks event:

And here is a video describing the conference:

Of course, some of the same pastors who attended Together for the Gospel will no doubt be shelling out more money for yet another conference (of course, they go home with an armful of FREE 9Marks books!) 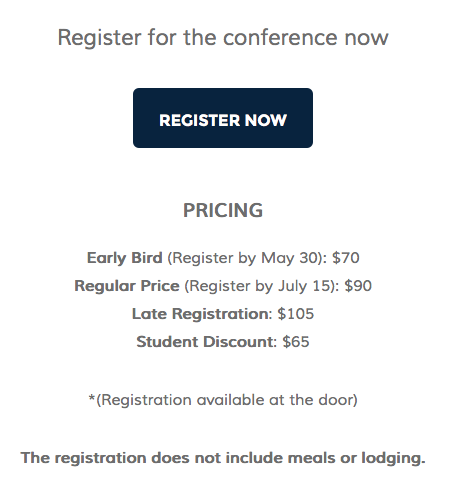 The next conference on the calendar is a 9Marks Weekender, which will be held September 15-19 at Capitol Hill Baptist Church in Washington, D.C.  9Marks schedules three of these events each year, and they have been occurring for quite a while.  According to the conference description, they host around 100 pastors, seminarians, etc., so imagine how many have attended this weekender over the years.

Then September 30-October 1, 9Marks at Southeastern will take place.  The first one was held back in 2009, and we will always remember that C.J. Mahaney accompanied Mark Dever to Wake Forest.  The conference theme was "God Exposed", and Mahaney's spoke on 'Expository Faithfulness".  This year's theme is Discipleship.

Two days later, 9Marks has a one-day event in Indianapolis called Life Together: The Church and Biblical Counseling.  Yes, 'Biblical Counseling' is growing in popularity among the Neo-Cal crowd, and we are concerned that some serious problems are being kept 'in house' with biblical counselors (who are untrained professionals) treating problems inside the walls of the church.  No doubt there are instances where 'blblical counseling' is not adequate in treating certain conditions.  We have addressed biblical counseling before and will be doing some follow-up posts soon because we are very concerned!

The final conference for the year will be 9Marks at Cedarville which will take place November 9-10.  'Church Membership' will be the topic of discussion.  Just another one of those nine marks.

9Marks also holds an annual conference at Southern Seminary and will most likely be planning one for Midwestern Seminary as well.  Can there be any doubt that more and more churches are affiliating with 9Marks?  There have been quite a few complaints over the years against the 9Marks style of pastoring, so much so that at the 2016 Together for the Gospel one of the breakout sessions (hosted by Mark Dever and Jonathan Leeman) was entitled:  "Don't Be a 9Marxist".

It would be interesting to know who is paying for these pastors to attend these conferences (travel, food, conference fee, books, etc.).  Is they any doubt that quite a few Neo-Cal churches are financing these outings?

One of my biggest concerns is that the more Southern Baptist pastors (in particular) attend these events and put into practice the instructions they receive from 9Marks leaders, the less autonomous the local Southern Baptist church will be.