“Mary Kassian is one of the most outstanding scholars in the entire Christian world [in] defending, defining and teaching biblical womanhood…We are looking forward to her joining us [as ‘Distinguished Professor of Women’s Studies’]…It is another sign of God’s favor and blessings to us." 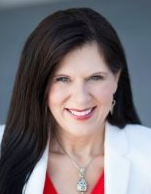 In some ways, it seems like yesterday because I remember it so vividly.  I was leading Moms in Touch (now Moms in Prayer) at the Christian school my daughters attended, and every Wednesday morning I would go into the teacher workroom to make copies of our prayer sheet to hand out to our praying moms. I led this ministry for ten years (until my younger daughter graduated from high school), and it was such a blessing.  There were so many answered prayers!

As I entered the workroom on this particular morning, I noticed a small stack of brochures promoting a ladies' retreat at one of our local churches.  I was familiar with this women's event (held annually) because I had participated a couple of times years before and enjoyed it.  I opened the brochure and saw the name of the speaker.  It was Mary Kassian.

Dee and I launched our blog on March 19, 2009, and I remember that it was just days later when I saw the brochure.  By then I was well aware that Mary Kassian was part of the Neo-Cal crowd and that I could not in good conscience attend.  Mary arrived in Raleigh the following month to address conference attendees.  The women's event took place a year and a half after the court settlement (discussed in the previous post), and I wonder if Mary confided to the ladies in attendance that she was off the hook until 2022 for meal preparation (among other housekeeping duties).  See screen shot below.

How in the world could someone incapable of cooking meals and doing housework travel from Alberta, Canada to Raleigh, North Carolina and speak at a women's retreat?  Of course, this wasn't an isolated event.  Mary Kassian had been speaking at other conferences following the settlement of the lawsuit stemming from a 2002 car accident.

On October 10, 2008, Mary Kassian spoke at the very first True Woman event held by Revive Our Hearts, a ministry founded by Nancy Leigh DeMoss.  It took place in Illinois – not exactly a hop, skip and a jump from Mary's Canadian abode.  Here is a 9-minute clip of Mary Kassian's talk.  My sincere question for our readers is — does this look like someone who is incapable of cooking and performing household chores?  Perhaps Mary is on heavy doses of pain killers???  Who knows?  Keep in mind that the Kassian v. Roy court case was finally heard 11 months and 11 days prior to her presentation below.

When a commenter 'Jerome' alerted us about these court documents earlier this week, I paid special attention to the description of the accident.  Let's take a look at those details again (as provided in the legal document).

The details that caught my attention were:  (1) the air bags did not deploy (2) Mary declined any assistance from the ambulance workers (3) the other occupants of the car in which she was riding only had minor claims which were settled outside of court.

As I read about this minor traffic accident and how it appeared that Mary Kassian went for all she could get from her 'injuries' (over a period of five years), I began to reflect back to a horrific car accident I was involved in almost 44 years ago that could have cost me my life.

When I was a month away from turning thirteen, a friend invited me to go to Myrtle Beach with her and her parents, which they regularly did on weekends.  I begged my mom and dad to let me go, but they were extremely reluctant.  I was blessed with protective parents, and this would have been my first time away from home without them.   They finally gave in…

That Friday afternoon in July was sunny and beautiful!  We drove from just outside of Raleigh toward the beaches of South Carolina.  Back then there were no interstate highways in the eastern part of North Carolina, so we traveled on two-lane roads.  I can still remember passing corn field after corn field as we made our way toward the ocean.  My friend's mom was so kind to me, and I can still remember some of the things she said along the way.  She talked about her friend who shared my first name, she explained how Benson has a Mule Day every year, and she explained how Spivey's Corner was known as the the Hollerin' Capital of the World (as we passed through it).

Then on a straight stretch of road just outside of Whiteville, North Carolina, our GMC pick-up was struck HEAD ON by a drunk driver.  Both vehicles were traveling around 60 mph. It was 7:30 at night and still daylight.  The woman who hit us had just stopped at a liquor store to buy more booze, and the store clerk refused to sell her anything because he could tell she was intoxicated.  She managed to leave and he quickly phoned the police, who immediately began searching for her.  When the officer closed in on her, he witnessed the horrific crash.

My friend’s parents were thrown through the windshield and killed instantly, and my friend and I were pinned inside the truck.  None of us were wearing seat belts (shoulder belts were not standard equipment at that time).  It took about two and a half hours for the rescue workers to extricate us from the mangled wreckage with the 'Jaws of Life', which had only recently been invented. Fortunately, I did not see the vehicle approaching and was unconscious the entire time we were pinned in.

My friend’s injuries were so severe that she was hospitalized for months and months.  I suffered a serious skull fracture, broken bones in my left foot, a broken pinky (at the joint), deep gashes in my forehead, both above and between my eyes, and scalded patches of skin caused by the exploding radiator, but my injuries were NOTHING compared to my friend's.

I regained consciousness inside the ambulance at 10:10 p.m.  They first took us to a local hospital, but the emergency room workers realized our injuries were far too severe for them to handle.  Then they rushed us to New Hanover Hospital in Wilmington.  I remember laying in the emergency room and being fully conscious.  I was able to provide the doctors with all the contact information they needed.  It was the worse night of my parents' lives.  As soon as they got off the phone with the hospital workers, they drove over three hours, arriving in Wilmington in the middle of the night.

As I lay in the emergency room, I felt something wet just above both of my eyes.  I touched those places and looked at my fingers.  They were red.  My skin was split wide open, and I will never forget what those deep cuts felt like.  Incredibly, I had a sense of calm throughout that horrific ordeal.  The neurosurgeon operated immediately to lift the right front part of my skull off my brain.  I still have an indentation in my skull, which feels really creepy!  By the grace of God, I was hospitalized for just six days.

it took the rest of the summer (and beyond) for me to recuperate.  I had to wear a cast on my foot for five weeks, which came off on my birthday.  Best present ever!  The cast on my right hand stayed on for three weeks, but the hardest parts of the recovery were living with the front half of my head shaved during surgery and having the 50+ stitches removed from above my eyes, between my eyes, and in the middle of my forehead extending several inches above my hair line (where the surgical incision was).  These were ugly black stitches that had to be cut with scissors, then pulled out.

As a thirteen year old, I was extremely self-conscious about my appearance, so I wore a wig to school for the first half of the year until my hair grew out a few inches.

My friend, who lost both of her parents in an instant, had a long, difficult road to recovery.  A couple from her church moved into her home and took care of her for the rest of her growing up years.  We had a close friendship through high school but went our separate ways in college.

After almost forty-four years, it’s still difficult for me to process the thought that one minute I was having a wonderful conversation with my friend and her parents and in a split second her mom and dad were gone!  Can you imagine growing up through your teen years, as my friend did, without your parents?

In recent years, I have come to realize that had the car hit us closer to the driver's side (rather than the passenger side), my friend's parents would have been pinned in, and I would have been the one thrown through the windshield since none of us were wearing seat belts.

Throughout high school and college, I was self-conscious about my facial scars, having had three plastic surgery operations.  Even though my facial scars are still somewhat visible (I have other scars on my legs and my feet from the accident), they are a constant reminder of God’s faithfulness in sparing my life on that fateful night.

Did my parents sue?  No.  I did receive a settlement of around $3,700 which was not released to me until I turned 21.

Getting back to Mary Kassian, I have NO EMPATHY FOR HER WHATSOEVER!!!  What she did in the aftermath of her accident absolutely disgusts me!  According to the judge, she was not a particularly credible witness and I firmly believe she bilked the insurance company (I presume).  In the aftermath, it's plain to see that Mary Kassian's injuries haven't prevented her from jetting around to speak at conferences.  That takes a lot more effort (in my opinion) than cooking and doing household chores.

Mary Kassian will once again be speaking at the upcoming True Woman event in September.  And I have no doubt she'll be using her skills of persuasion to get attendees to sign the True Woman Manifesto.   Is Mary really a TRUE woman?   You be the judge…

She was truthful when she explained her involvement with the Danvers Statement in a post entitled Complementarianism for Dummies.  (see screen shot below) 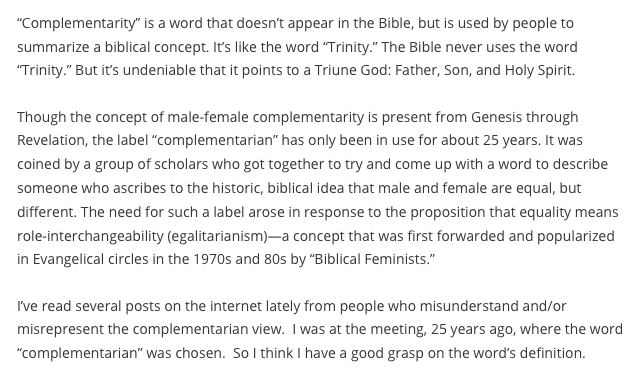 Yes, Mary Kassian has been involved with 'complementarianism' from the very beginning.  I'm still puzzled why this 27 year old wife and mother of two youngsters was involved in the drawing up of the Danvers Statement.  Oh look, next year will be the 30th anniversary of that clandestine meeting in Danvers, Massachusetts to hammer out the final document.  More on that next year!

We leave you with another video featuring Mary Kassian that was uploaded to YouTube on December 10, 2009.  Remember, Mary is being awarded special damages to the tune of $5,278 per year for meal preparation until the year 2022 since she has some sort of physical impairment…