"We were originally called the Center for Church Reform, but then we noticed pastors getting into trouble with their congregations for referring to an organization that seemed to suggest that they should change. So we decided to go for the simple positive name of 9Marks, which would represent those issues in the local church we were specifically addressing." 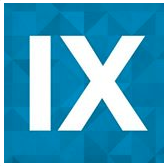 1.  The idea of 9Marks of a Healthy Church originated in the early 1990s when Mark Dever was advising a church plant in the Boston area.  Here is what Mark shared in an interview that appeared Tabletalk magazine on July 1, 2015.

I first thought of the nine marks in a letter I had written to a church plant I had been involved with in the Boston area. I wrote to them in 1991 laying out nine characteristics that marked their church, that were intentional, and that any pastor coming to work with them should understand before he came.

Dever came to Capitol Hill Baptist Church in Washington, D.C. in mid-1994.  Prior to his move stateside, Dever had been living in England where he earned his Ph.D. from Cambridge University and where he served on the Faculty of Divinity. (link)

The 9Marks were later explained in an abbreviated format.  Some years ago Jared Moore interviewed Bobby Jamieson, who provided the following information about the history of 9Marks. (see screen shot below) 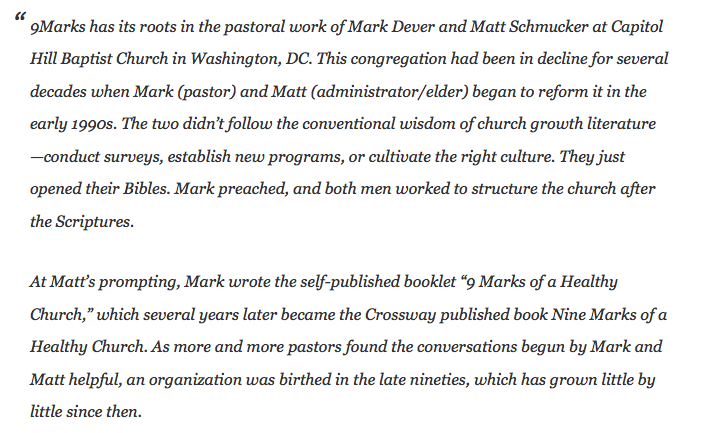 It is also pictured here.

2.  Mark Dever's ministry was launched in 1998 and was initially called the Center for Church Reform.  This name is still listed on a couple of non-profit websites here and here.  While we are not sure exactly when the name change took place, it was still going by "Center for Church Reform" as late as March 2002.  Southern Seminary's website features a two-part interview between Matt Schmucker and Bob Kauflin from 2002 (see screen shot below). 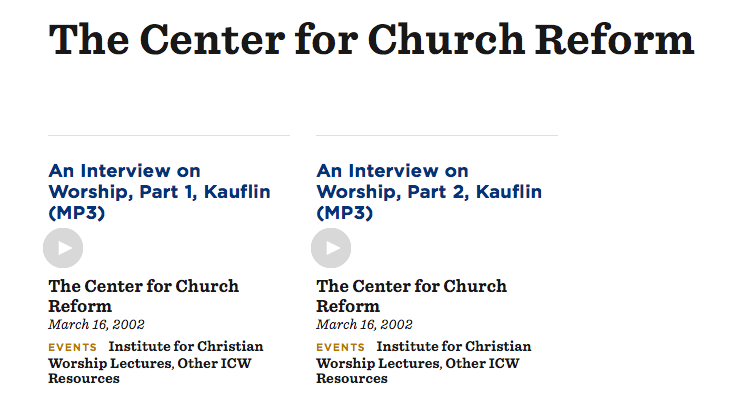 You can listen to the interviews here – Part 1 and Part 2.  In his introductory remarks, Schmucker identifies the organization as the Center for Church Reform.

No doubt 9Marks was the official name when Crossway published Dever's expanded book Nine Marks of a Healthy Church in 2004.  It is interesting to read the preface (where Dever reflects on his 10 years at Capitol Hill Baptist Church), the endorsements (with some notable names) and introduction, which you can access here.

Why did Dever and Schmucker change the name of the ministry?  Here is an excerpt from an interview with Mark Dever that appeared last year in Tabletalk magazine:

We were originally called the Center for Church Reform, but then we noticed pastors getting into trouble with their congregations for referring to an organization that seemed to suggest that they should change. So we decided to go for the simple positive name of 9Marks, which would represent those issues in the local church we were specifically addressing. [emphasis mine]

3.  According to the Table of Contents of Nine Marks of a Healthy Church (2004 edition), the 9 Marks are as follows: (link) 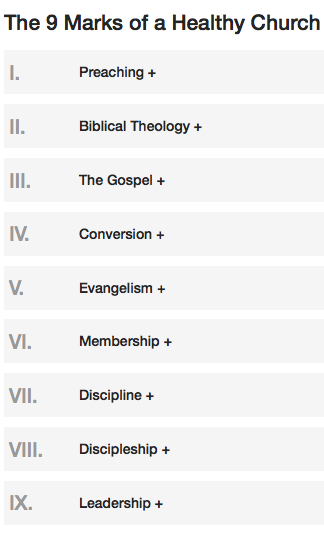 It is noteworthy that the descriptor 'Biblical' is used a lot less in the above list (as compared to the chapter titles of Dever's book).

Here is Mark Dever explaining why these 9 marks.  (Are others besides us having trouble remembering what the 9 marks are?)

4.  Here is what 9Marks does, according to the website. (link)

A Southern Seminary article entitled Doing Theology on Capitol Hill included the following explanation regarding what 9Marks does:

5.  The seed money for the Center for Church Reform (now 9Marks) allegedly came from a 'generous neighbor' who is/was a non-Christian.  In our post 9Marks' Initial Funding Purportedly Came from a 'Non-Christian Neighbor', we share comments on a previous post from someone who purports to know Mark Dever and Matt Schmucker.  Another commenter – whom I (Deb) know and trust – corroborated this claim.

The website page How is Nine Marks Funded explains the current funding arrangement.

6.  9Marks has its own bookstore.  At this time there are 57 books available for purchase at this link. Here are screen shots of a few of them.  With all these available resources, pastors who are attempting to emulate Mark Dever and his lieutenants must be getting church reform down to a science…

7.  9Marks has been hosting an event that coincides with the SBC annual meeting for several years now.  Here is information on the gathering next month. 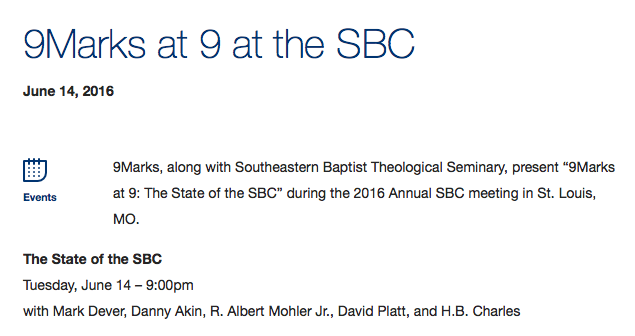 As you can see, two seminary presidents along with the president of the International Missions Board are heavily involved in promoting 9Marks.

8.  The 9Marks website includes a list of 9 Marks churches which you can click below.  I plugged in the city where I live, along with my zip code, and 13 churches came up.  This kind of information could prove very helpful.  🙂

There is a disclaimer on the 9Marks website that states:

A church’s appearance in the Church Search tool should not be viewed as an endorsement by 9Marks.

9.  At Together for the Gospel 2016, there was a breakout session called "Don't Be a 9Marxist!  Using Church Authority to Help Not Hurt".  Here are Mark Dever and Jonathan Leeman promoting it prior to the event.  In this video, Mark Dever acknowledges:

There are a lot of pastors who I think have very quickly tried to be obedient to what they see in scripture, but they've done it without a lot of wisdom in knowing how to implement things in their local churches, and it's caused a lot of unnecessary pain.  They've drawn lines in the wrong places and they're misunderstanding things.

We were really looking forward to watching the Don't Be a 9Marxist! breakout session in the T4G archives.  Since the T4G website features videos of all the talks and discussions, we are wondering why the 9Marxist one is not available.  Did we somehow miss it???

The 9Marx moniker appears to be deserved, as evidenced by this 9Marks Facebook status update published just last week. 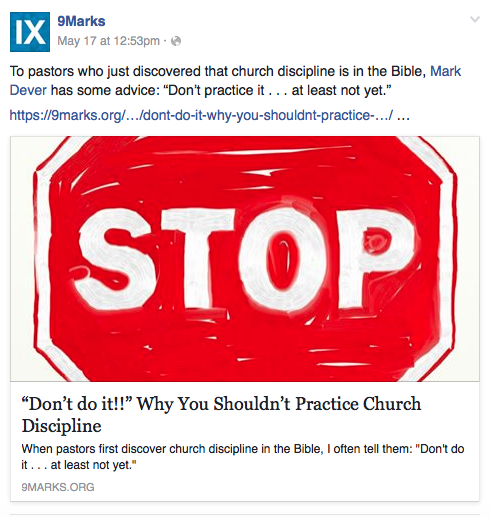 FYI — We are planning a follow-up post soon.  It will be creatively be called…

9 More Things You Should Know about 9Marks