"I love my man as my fellow; but his scepter, real, or usurped, extends not to me, unless the reason of an individual demands my homage; and even then the submission is to reason, and not to man." -Mary Wollstonecraft link 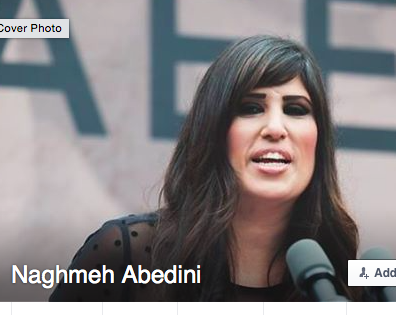 Complementarian leaders say they are against domestic abuse but often act differently.

The Naghmeh Abedini/Saeed Abedini story has been heartbreaking to me. I thought we have been making strides in the area of domestic abuse and the evangelical, gospel™ churches. There have been so many posts written over at The Gospel Coalition on showing empathy and care for the abused spouses. Go to this link and see all of the posted articles.

We have Owen Strachan claiming that complementarians are better at handling abuse. Special thanks to Spiritual Sounding Board 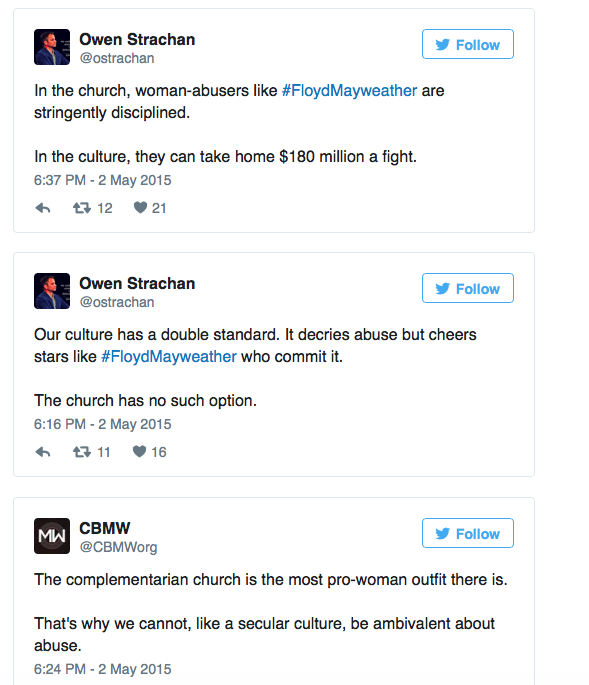 Today, The Washington Post published The strange case of the pastor released from Iran and his wife’s abuse allegations. Here is how they view what is happening to Naghmeh in the aftermath of her abuse allegations which have been backed up by a guilty plea of domestic abuse in 2008 by Saeed Abedini.

Now that her husband has returned the United States, the mother of two may be facing an even bigger challenge. She’s trying to rebuild her life after suffering from years of what she says was abuse in her marriage to Saeed.

And Naghmeh will likely have to do so without the help of her high-profile friends, some of whom have distanced themselves from her. She also may face of suspicion from many of her former faith-based supporters, domestic abuse experts say.

In fact, it appears that her original support systems are fleeing for cover, including the DeMoss Agency (remember them from the Driscoll fiasco?) Also note the ties to the Billy Graham Evangelistic Association which is run by Franklin Graham.

A spokesman for the ACLJ said the Christian legal nonprofit is no longer representing the Abedinis, now that Saeed has been released. The family is no longer working with the DeMoss Group, a prominent Christian public relations firm based in Atlanta, which does media relations for the ACLJ and the Billy Graham Evangelistic Association.

DeMoss handled media relations for the Abedinis when Saeed returned from Iran and stayed at the Cove, a retreat center run by the BGEA.

“Now that Saeed has left the Cove and returned to Boise, we are not in a position to navigate his or Naghmeh’s movements, statements or wishes relative to interviews,” a DeMoss spokesman wrote in an email.

The Post article offers some cogent insights into abuse in religious homes by Marie Fortune, founder of the Faith Trust Institute, which trains clergy and faith groups on how to deal with domestic abuse.

“The faith community doesn’t necessarily want to talk about domestic abuse because they don’t want people to think that it is happening within their community” she said.

That’s especially true when the abuser is a pastor. People don’t want to believe that a pastor could abuse their spouse. So a pastor’s spouse like Naghmeh often has no one to turn to for help, Fortune said.

…Fortune said that at times, faith can be a roadblock to getting assistance for victims of abuse. Victims are sometimes pressured to forgive their abuser early on in the process — as a kind of shortcut to healing a marriage.

But forgiveness, if given too early, can do more harm than good.

Complementarians often do not believe women who report being abused by pastors, leaders, heroes, etc.

What distressed me the most were the numbers of comments left by supposed Christians under various news reports about the Abedini situation. Here is one example from Charisma News. 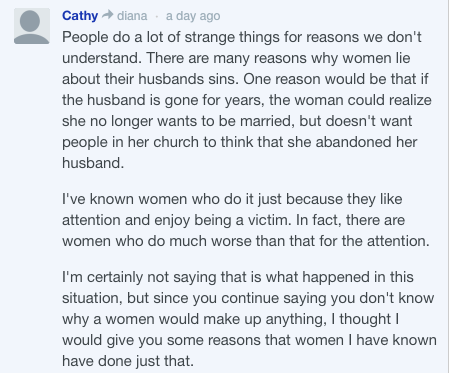 Another went on to discuss that she was in this for the money!

A commenter at Religion News believe that this whole thing is a conspiracy on the part of the Abedinis to gain fame.

On TWW we had the following themes run through our comment section.

Please be sure to get help from domestic violence centers which care far more deeply and intelligently for the abused spouse than many churches and pastors. I also recommend the blog A Cry for Justice which has many resources listed.

Pedophiles and trust=Complementarians and submission

I expect to get my head bit off with what I am going to say next. I do not blame churches when pedophiles show up at a church. Pedophiles seek out vulnerable kids who have parents who trust youth workers. Therefore, pedophiles go where the kids are. It is the job of churches to be aware of this fact and institute safeguards to protect the children from the clever child molester.

In the same manner, men who have abusive and violent tendencies will go to churches which teach submission, male headship and authoritarianism. I am not saying that all complementarians are abusive (Repeat x 10). I am saying that a number of abusers will be found in complementarian ranks due to the emphasis of the teaching.

The problem with teaching a generic submission

Here is a Tweet from Matt Smethurst, a true blue gospel™ sort of guy.

Guess what I replied?

Just like the words *church discipline are ill defined which means they can discipline you for whatever they darn well please, the word *submit* is a generic word and can mean whatever the speaker or the receiver wants it to mean. And that can, and does lead, to abuse.

The Village Church debacle showed us that even those churches trained in the 9 Marks way of disciplining screw it up badly and hurt people.  I can assure you that the same thing goes on in domestic violence cases. Paige Patterson is a President of a Southwestern Baptist Theological Seminary and even he doesn't get domestic abuse. That is a very sad state of affairs for the church.

It is dangerous to submit to any church or group until they are willing to tell you what that means. I would stay away from any church that frequently preaches submission, male headship and discipline. I can just imagine what sort of men attend such churches.

What I have learned from Naghmeh Abedini and her reports of her abuse.

Since 2012 Saeed’s wife, Naghmeh, had been working publicly to secure his release. But in November 2015, Naghmeh suspended her public advocacy citing “physical, emotional, psychological, and sexual abuse (through Saeed's addiction to pornography)” in her marriage.

More recently she said the timing of her emails, which were leaked to media, was unfortunate, and that, “When he gets home, we can address the serious issues that have happened and continued.

There is one comment that has been allowed to stand under that post. TGC is infamous for deleting comments, why not this?

Far too many of the complementarian leaders have remained silent in the light of this situation. It is that silence which speaks volumes to the watching world.

And until these guys start telling us what they mean by submit, I will continue to ask them "What and why?"