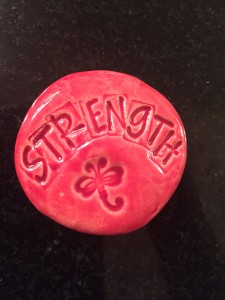 A sweet gift from an anonymous reader! Thank you.

So, here's the deal. Let's have some fun on Friday. I will try to post my predictions fairly early in the day. Then, you all can add your predictions for the coming year.

1. Membership covenants/contracts are tied to abusive church discipline. TWW recommends against signing these for the foreseeable future.

TWW has taken a strong stance against  the signing of membership contracts. This is due to the fact that these contracts were designed by lawyers to protect the church against lawsuits. Most members have no idea that they are signing or assenting to an enforceable legal contract.

They are not intended to protect the average church member who has a lot to lose by signing one of these agreements. In almost all cases, the contract goes one way-what the members must do. They rarely, if ever, describe the obligations of the pastors and the church leaders except to announce that they are the ones in charge.

The church member may be disciplined for any old thing that the church decides since what is to be disciplined is not defined a priori. Most church members do not understand that their leadership can become abusive and controlling of the church membership and move to discipline folks for stupid things like questioning the budget, disagreeing with a Scriptural interpretation or even for leaving an abusive spouse. They are given wide spread control over a member's life.

Most churches today are making folks sign one of these covenants if they wish to be members. This has been a priority of 9Marks, the current darling of The Gospel Coalition set. What they do not want you to know is that there are widespread abuses of these covenants (which I prefer to call contracts) in matters of church discipline. This was demonstrated quite clearly by the Karen Hinkley situation at The Village Church. If Matt Chandler, a BFF of 9Marks, cannot get it right, then what about Joe Average pastor? In other words, be prepared to be hurt by pastors and leaders who are just as sinful as everybody else.

1. The Village Church debacle generated interest worldwide. The wife of a missionary couple discovered that her husband had been viewing child pornography(which we call internet child sex abuse) for years, some of it involving babies. The Village Church put her under church discipline for seeking to annul their marriage while the pedophile was declared "walking in repentance" and not disciplined. An international uproar ensued and the church was forced to apologize. The following 2 posts will get you started but we wrote many more on the subject which you can find on our search bar.

2. The following are just three of many posts that we have written on our concerns about membership contracts.

3. The following posts dealt with control measures that churches are implementing to keep those members under control..

4. Finally, the following post got lots of comments since SBC Voices, in general, supports church discipline and membership contracts.

2. Complementarianism is becoming a primary doctrine for The Gospel Coalition and CBMW crowd in spite of their inability to define it in any practical sense.

Tim Keller, one of The Gospel ™Coalition's intellectual leaders has said that, although he is a complementarian, he and his wife are functional egalitarians.And this, folks, is the problem. We have written post after post outlining the functional beliefs of the self avowed leaders of the complementarian movement. They have told us that complementarians are NOT: stay at home moms, women who clean and care for the house (or as they like to say-hearth), it does not mean a woman can't teach, it does not mean a woman can't be a leader, and it goes on and on. About the only things they all agree on is

1. No female pastors
2. No female elders
3. The husband gets the tie breaking vote.

I have asked a number of people what it means to be submissive in the home. I have been looking for some concrete suggestions. Instead, I routinely get this answer.

Then, there is silence since they do not want to tell me what it looks like for them. It causes me to think that they can't tell me because they do not know. I am left with thinking that, if I put my life and marriage up against any of theirs, there would be little difference. Except I tend towards egalitarianism. There are a few of complementarian male leaders whose wives are well known. I can assure you that 'submissive' is not a word I would use to describe them but they get to speak at conferences about being good complementarian wives.

Finally, I do not believe that self avowed complementarian marriages demonstrate the relationship between Christ and his church any better that any decent marriage, complementarian or otherwise. Yet, the comp leaders claim that this is why it is so important to be complementarian. Having been an observer in the evangelical church for decades, I have yet to hear anyone say

"Oh yeah, now I get it. Fred and Martha's marriage demonstrates the relationship between Christ and his church."

If that is what is supposed to be happening, then I declare that it has been an utter failure.

3. Blogging is causing heartache in those who want to hide things.

It is quite difficult for those who have been in charge and able to silence those who disagree with them to accept that the little people now have a voice. It is a mission of TWW to give a voice to e to as many people as possible. Also, we would love to help anyone who wants to start a blog. The best thing that could happen to the church is to have as many voices as possible speaking the truth.


4. Domestic abuse and child sex abuse often overlooked when a celebrity is involved.

It is deeply disturbing to us that many of the supposed gospel™leaders state they are against abuse but stay silent, or even worse, support their celebrity friends whose ministries have a long history of serious accusations raised against them. Also, why is it that people automatically believe some talking head because they "have heard of them?"


5. Divorce and the church

TWW was shocked to learn that progressive leaders, always first to express concern for abuse and women, quickly supported Tony Jones who divorced his wife, Julie, and claimed that she was "crazy." Yet, he left his children in her care for years while gallivanting around, giving nice, progressive talks.So, he couldn't bear his crazy wife but left his kids with her? Well, TWW is supporting his ex wife Julie McMahon who has recently been dragged into court over the custody of the children

What Tony Jones Should Learn From Stanley Hauerwas About Marriage

Recently, Tony wrote a post called My New Normal. In it, he complains about his enemies and loss of jobs.Tony needs to start looking into the mirror. I am no enemy but I do care about the woman who he once loved and with whom started a family. If that makes me his enemy, then so be it.

it turns out that the attacks of enemies and the resulting damage to my career actually prepared me for the changes now required of me: to be home.

On John Piper’s Troubling Views on Divorce by One Who Has Been There: Guest Post by Divorce Minister

John Piper's views on divorce are damaging to those who are victimized in a marriage. he believes that one can never, ever, ever marry again if one was divorced, even for abuse, adultery  and abandonment. TWW loves the blog of Divorce Minister who presents a grace filled view of divorce.

6. The ARC/ Robert Morris and Chris Hodges
Bizarre beliefs regarding demons caught our attention with this rapidly growing movement.

7. The Dones: The church better be listening.

Incredible stories written by those who are *done* with the church. Mind you, they may be done but many are still believers.

The Dones: Faithful Church Refugees and the DeChurched Project

This year the SBC announced that they no longer support reparative therapy for *curing* homosexuality. However, there is a contingent within the Calvinista crowd which believe that even celibacy for those who have SSA is a sinful state. They believe that a person needs to be in constant repentance for one's homosexual attractions.

Spiritual Friendship: Even Celibacy Is Not Enough For Some Christians

I was surprised to see the number of comments that this post. I think many people are looking for churches and leaders who are kind, grace filled and loving. The gospel™ authoritarian leaders are spending too much time talking about "keys" and whose is charge. They spend far too little time building loving relationships.

Grace for the Sabbath and Grace for Small Groups

10. Todd Wilhelm, our official TWW hero, speaks out against the silence of T4G in light of child sex abuse reports within their BFF ranks.

I leave you with a post by Todd Wilhelm. He correctly points out that we Protestants were born out of protest. Far too many of today's self avowed gospel™leaders say they care about child sex abuse, domestic abuse, etc. However, when it involves an aligned church or a friend in their tight little groups, suddenly, it is no longer an issue. May God convict the hearts of these leaders.

Todd Wilhelm made a courageous stand in Dubai when his former church insisted of continuing to sell books by CJ Mahaney. he continues to fight for justice for those abused. Here is what he had to say:

As for injustice – I submit that having C.J. Mahaney as a plenary speaker at any Christian function is a travesty and a great injustice. This man has blackmailed a former fellow leader of his denomination.  He has covered up and enabled the sexual abuse of children in his church.  The celebrity leaders sharing the conference platform with him can no longer claim innocence.  They know what has happened. Nate Morales, a former youth worker in Mahaney’s church was sentenced to 40 years in prison for sexually abusing young boys.   Their refusing to take a strong stand against Mahaney, and instead doing everything they can to promote Mahaney and restore him to his former celebrity status makes them complicit with him in his crimes.

Mark Dever, shame on you for supporting C.J. Mahaney.

Al Mohler, shame on you for supporting C.J. Mahaney.

Ligon Duncan, shame on you for supporting C.J. Mahaney.

Thabiti Anyabwile, shame on you for supporting C.J. Mahaney.

John Piper, shame on you for supporting C.J. Mahaney.

John MacArthur, shame on you for supporting C.J. Mahaney.

David Platt, shame on you for supporting C.J. Mahaney.

Matt Chandler, shame on you for supporting C.J. Mahaney.

Kevin DeYoung, shame on you for supporting C.J. Mahaney.

R.C. Sproul, shame on you for supporting C.J. Mahaney.

These are the celebrity leaders of the Neo-Calvinist wing of American Evangelicalism.  What does their support of a man like C.J. Mahaney say about the state of Christianity in the USA?  Anyone paying to attend this conference should also be ashamed of themselves. Take your $250 entry fee, your $1,000 meal and lodging expense, your $300 book fee, and your $500 transportation fee and donate it to an organization that helps children who have been sexually abused.

If you have any favorite posts from this year or suggestions for things to discuss in the coming year, let us know.