“Pain insists upon being attended to. God whispers to us in our pleasures, speaks in our consciences, but shouts in our pains. It is his megaphone to rouse a deaf world.”  ― C.S. Lewis link 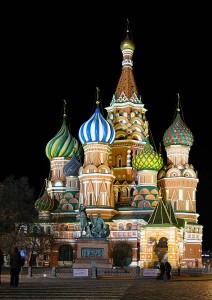 This is going to be a short blog post today. A new website has launched that documents, and will continue to document, Steven Sitler's history of pedophilia. I learned of this today on Twitter and it is creating quite a stir. From what I can tell, the intent of the website is to bring to light credible documentation on the life and criminal history of Sitler and those who have interacted with him throughout the years.  It is a startling website and I believe that this is just the first step in revealing a number of  issues in Moscow, Idaho. Why?

The website dedicated to Sitler is titled Steven Sitler and subtitled "Shepherds of God's Flock Have a Moral Responsibility." However, as I was clicking around, I learned that Sitler's website is contained within a larger website called The Truth About Moscow. This is subtitled "The Penalty for Rape is Death for the Rapist."

The reader will note that there is a link to the Steven Sitler website on the header. I think this means that there is probably more coming about the "goings on" in Moscow, Idaho. I believe  the subtitle "The Penalty for Rape is Death for the Rapist."gives us a potential clue. I believe that things are about to get interesting in the coming weeks.

I have made the requisite calls to determine the author of this website but to no avail. No one seems to know who is behind it. As some of you may know, TWW started out as an anonymous website since our husbands were convinced that our abodes would be the subject of drive by shootings from Mafioso type black cars driven by men with names like Vinny the Gospel™ Enforcer.  Thankfully, our opposition was reduced to simple name-calling like "Daughters of Stan (sic)" and "Minions of Satin(sic)" which have provided untold hours of hysterical laughing, both on and off the blog.

As an aside, did you know that one of our readers has had their company bought out by Stantec? Is this the beginning of the end times? Stay tuned….

Back to being serious, I believe that anonymity is justifiable in many circumstances in order to get information out without any undo negative influence or payback by power-brokers in the Gospel™ Industrial Complex.

This is in the process of being complete.

On the home page, next to Steven's picture click on the arrow to the right to see a pictorial tour of Sitler's life. There is information along with these pictures which , if thought about, will be a bit startling.

Back at the home page, click on court documents. There you can enlarge the documents and find out interesting information such as The Department of Idaho Corrections opposed the marriage of Steven Sitler.

This page has a plethora of news reports about Sitler and his activities.

This appears to be entires that Sitler made into a site in which he documents meeting his current wife, Katie. Be prepared to get weirded out.

This wonderfully organized page gives subjects, dates and links to pertinent information on the website. Note: The archives appear under the Tag header.

This is just beginning.  However, if you click on the red date, it will take you to a comment box. Perhaps a few of you might leave a comment congratulating her/him on a job well done. This page should get very interesting in the future since it appears to be set up to function under the Moscow website.

TWW gives a tip of the hat to the designer and editor of this website. Well done!!!!  To our readers, enjoy the day and the following song: Midnight in Moscow. Different Moscow, but it seems like it has some application to the situation in Idaho.