"Former IMB trustee Wade Burleson, pastor of Emmanuel Baptist Church in Enid, Oklahoma, clashed with other trustees over the policies. In 2006, a group of trustees tried to oust him from the IMB board, but that attempt failed. Burleson praised the changes in policy, in a phone interview. 'This is what I was asking for 10 years ago,' he said." 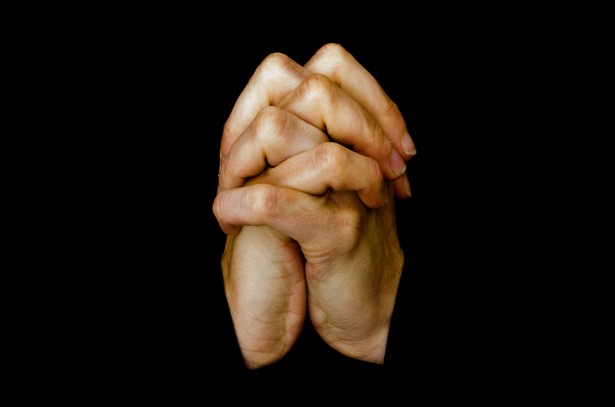 Looks like David Platt, who was elected president of the International Missions Board last August, has been doing some moving and shaking in the Southern Baptist Convention.  In case you're not familiar with Platt, you can hear him sharing his heart about missions in a clip at the end of this Christian Post article.  Perhaps Platt's passion in reaching the lost has helped bring some needed changes to the rules governing missionaries who serve in the IMB.

Christianity Today featured an article entitled International Missions Board Drops Ban on Speaking in Tongues, which describes some of those changes.  Here is an excerpt from that piece:

For more than a decade, the Southern Baptist Convention’s International Mission Board (IMB) disqualified candidates who spoke in tongues or who had been baptized in churches that disagreed with the convention’s view of baptism.

Similar rules barred divorced people or those with teenagers from being missionaries.

That changed Wednesday, when the IMB’s trustees, at the prompting of their new president David Platt, approved a new, simplified set of rules for the agency’s more than 4,800 missionaries.

Missionary candidates must affirm the doctrines found in the Baptist Faith and Message statement of beliefs, be baptized by immersion, be a member of a SBC church, and demonstrate an “intimate, growing relationship with Christ.”

Wade Burleson was serving as a Trustee on the International Missions Board a decade ago when those IMB missionaries with a private prayer language were disqualified.  Back then Dee and I were clueless about any of the things we discuss here at TWW, and it would be another three years before we had an inkling that something was terribly amiss in the conservative corner of Christendom.

As we began conducting internet research in the fall of 2008, we stumbled upon Wade Burleson's blog.  While serving on the IMB, Wade became distraught over changes that were being implemented behind closed doors.  He decided that Southern Baptists needed to know about the shenanigans that were occurring, so he started blogging.  By the time we discovered his writings, he had already been blogging for several years.  If you are interested in what happened to Wade, we recommend that you read his book Hardball Religion.  (Note:  this is an unsolicited, unpaid endorsement…)

So here we are ten years later, and Wade has summed up this change of policy in his aptly named post – Tragedy to Triumph IMB Reverses Itself.  Here is how Wade begins that post:

The Christian Post provided an additional perspective on this policy change (that the SBC is not endorsing speaking in tongues).  (see below)

Reversing a decade-old policy, the Southern Baptist Convention's International Missionary Board has lifted the ban on people who have spoken in tongues or "private prayer language."

In comments given to The Christian Post, IMB President Dr. David Platt explained that the new policy does not mean that the SBC will endorse speaking in tongues.

"Up until this point, if a person had spoken in tongues or practiced a private prayer language, they were immediately disqualified from being appointed as an IMB missionary," said Platt.

Platt added that "over the course of appointing, training, and supervising missionaries, IMB addresses many significant theological, missiological, ecclesiological, and practical issues, including the use of tongues."

The Religion News Service also covered this development with an article entitled Southern Baptists to open their ranks to those who speak in tongues.  They seem to get to the heart of what may have led to this policy change.  Here is the pertinent excerpt:

Allowing Southern Baptist missionaries to speak in tongues, or have what some SBC leaders call a “private prayer language,” speaks to the growing strength of Pentecostal churches in Africa, Asia and South America, where Southern Baptists are competing for converts and where energized new Christians are enthusiastically embracing the practice.

In addition to reversing its policy on a private prayer language, the IMB also made some other changes.  As explained in the Christianity Today article, divorced candidates (who had previously been allowed to serve on short term mission trips) will now be eligible to serve as long-term missionaries (depending upon the circumstances for why they divorced as well as other factors, such as the culture where they will serve).

The Christianity Today article provided some details regarding why the IMB took the position it did a decade ago regarding "private prayer language" by stating:

IMB leaders said the baptism and tongues rules, adopted in 2005, were needed to safeguard the Baptist identity of missionaries at a time when charismatic and Pentecostal practices were growing.

Tom Hatley, former IMB board chair, told CT in 2006 that some missionary candidates who spoke in tongues—a practice also known by the New Testament term glossolalia—claimed to be getting direct revelation from God.

“That's one reason that Southern Baptists have been suspicious of glossolalia," Hatley told CT in 2006. "If somebody believes they're getting direct divine revelation from God, obviously that's claiming an equality with Scripture that we would not allow."

The CT article goes on to mention Wade Burleson and how a group of trustees tried to oust him from the IMB Board.  Their attempt was unsuccessful, and Wade ended up resigning.

Perhaps the real reason for these policy changes are revealed in the following excerpt from the CT article:

The policy changes come at a time when the IMB faces financial and staff constraints.

The number of missionaries is shrinking and there’s not enough money to send out more full-time replacements for all the people who retire.

He hopes that more missionaries will be self-funded in the future. That could include retirees, people who have jobs overseas, or students studying aboard.

Having a simplified list of requirements will allow more people, from different backgrounds, to officially partner with the IMB, said Platt.

It will be interesting to see whether these changes are discussed at the upcoming SBC Annual Meeting.