Lord, make me an instrument of thy peace. Where there is hatred, let me sow love. –Francis of Assisi link 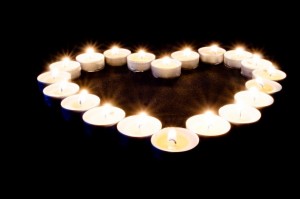 I have been doing a bunch of thinking about the rather public discussion of the divorce between Tony Jones and Julie McMahon. There has been critique by some religious personalities who feel that this discussion should stay in the courts, out of the public eye. There was something about this thinking that left me dissatisfied.

The other day, I wanted to check on the news and, by accident, I turned on Judge Judy. Intrigued, I watched for about 20 minutes. These folks were airing their grievances in front of a judge and a television audience. I noticed that they didn't seem concerned about this. In fact, they seemed to be glad that lots of people were interested in their private lives.

I have come to the conclusion that every person deals with pain differently, including whether or not to go public with their pain. Both Tony Jones and Julie McMahon have gone public with the pain of their divorce. There is something good that has come out of this. Both of them now have their group of vocal supporters.

Perhaps surrounded by the love of their friends, the two of them can sit down at the table minus the courtroom and find a solution for the sake of their kids. Tony Jones holds a position of prominence in the Christian Progressive/Emergent culture. Perhaps he could show his leadership skills by offering sacrificial peace in a difficult situation.

The following statement was made by the Rev. Monica Myers Greenberg which she released to Julie McMahon who asked me to post it. The Reverend Greenberg confirmed to me that she gave Julie McMahon this witness statement to use at her discretion. I want to state strongly that she did not initiate this post. I have the PDF of this statement.

There is a redacted part of the statement. This is for protection of their children. Also, I have initiated contact with an acquaintance of Tony Jones to relay that we are willing to print a statement from Tony Jones.

I will be involved in helping to run a retreat over the next three days and will not be able to participate in the discussion as much as I usually do. I would ask that patience and grace be the guiding principle in the debate that is sure to follow.

Praying for love and peace!

On April 30th 2014, I met Tony Jones during the Festival of Preaching Northwest in Seattle, Washington. At that time, I served on the steering committee for the Festival and offered to pick Mr. Jones up from Sea-Tac airport at 11am, take care of making sure he was able to eat lunch and check into his hotel prior to his afternoon presentation at the Festival. I was interested in chatting with Mr. Jones about matters of mutual professional interest.

During lunch, the conversation turned to more personal matters. The following is my recollection of that conversation: Mr. Jones inquired as to whether my husband and I intended to have more children. After I responded, Mr. Jones stated that “my crazy ex-wife always thought that having another child would save our marriage.” Trying to respond in pastoral way, I said, “children tend not to make already difficult relationships less stressful.” He responded, “they do not; especially because I [redacted] in the first place.”” Not knowing how to directly respond to this statement, I responded, “it sounds like you and your ex-wife had a very difficult marriage.” To which Mr. Jones responded forcefully, “no, it sounds like I want to murder my ex-wife.”

I knew nothing of Mr. Jones’ personal life prior to this conversation, but I was surprised that he would make such negative statements to a stranger he had just met at a Christian conference where he was scheduled to speak. Upon further reflection, I decided that I did not, personally, feel safe in his presence and, for the remainder of the conference, avoided being alone with him while still remaining friendly in my interactions with him. I knew that I might have professional contact with Mr. Jones in the future and I felt it was best not to have a negative confrontation with him.

Following the conclusion of the Festival, I did a Google search on Mr. Jones regarding his divorce and learned that his marriage with Julie McMahon had ended several years prior. While I still felt unsettled by Mr. Jones’ remarks regarding his ex-wife, I concluded that they most likely did not constitute a threat to her life, so I did nothing further at that time.

Mr. Jones and I continued to casually correspond regarding the possibility that Congregational Leadership Northwest and his production company might partner on a future event, but I continued to feel anxious about working directly with him. My anxiety turned to alarm when documents were published online by Mr. Jones and others in late January of this year. Following Mr. Jones’ public admission of having been diagnosed with Narcissistic Personality Disorder and having seen documentation of past domestic abuse of Ms. McMahon by Tony Jones, I became more concerned about his earlier comments to me. Although I remain fearful for myself, I decided that my concern for Ms. McMahon’s safety and well-being was a higher priority, so on April 23, 2015, I contacted Ms. McMahon by phone to offer her this testimony to use as needed.