"Unsuccessful people are the ones who are impressed by celebrity, by people's names and titles." Robin S. Sharma link 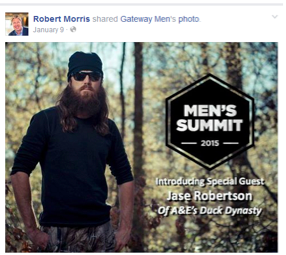 So, before making dinner, I decided to put the name John Piper into a search with Peter Wagner's name. My jaw hit the table. It appears that way back in 1992, approximately 6 years after the publication of Desiring God,  Piper seemed to think well of  the thoughts of Peter Wagner. On the Desiring God website is a sermon he preached called Angels and Prayer.

In this sermon, Piper said that he believes that territorial spirits are real. He then discussed C Peter Wagner's beliefs in what appears to me to be a positive fashion.

Peter Wagner just published a book called Engaging the Enemy: How to Fight and Defeat Territorial Spirits. He believes that as we move into the '90s, the Holy Spirit is calling the church to a spiritual warfare with territorial spirits—evil spirits, demons, principalities, powers, world rulers of this present darkness, spiritual hosts of wickedness in the heavenly places (Ephesians 6:12)—which attach themselves to specific territories or regimes or institutions.

His assessment is that in the 1950s God began to ripen a harvest of souls as he put evangelism high on the church's agenda. In the 1960s God pressed the issues of compassion for the poor and oppressed on the conscience of the church. In the 1970s there were the first seeds of the growing prayer movement around the world. And in the 1980s, with the third wave, there has been a great emphasis on supernatural power in ministry, especially gifts relating to prophecy and healing. As we enter the 1990s, Peter Wagner sees spiritual warfare with territorial spirits moving to the forefront.

Piper then discussed his interpretation of Daniel 10: 1-21. He concludes this with the following statements:

So I conclude from this that there is good biblical reason for thinking that there are powerful evil spirits with special appointments from Satan over kingdoms like Persia and Greece.

…So then, I would conclude that there are high-ranking demonic powers over various regimes and dominions and governments and realms of the world; and that they work to create as much evil and corruption and spiritual darkness as they can. They strive to interrupt Christian missions and ministry as much as they can.

He does caution regarding praying about the angels yet he does not back away from his seeming admiration of Wagner. Curiously, he leaves out the word "demons" when he cautioned about not praying for angels.

The second thing is to notice that Daniel's prayer that has such powerful effects in the spiritual realm was not a prayer about angels and territorial spirits. He was wrestling for truth and for the good of God's people the way we saw him praying last week. He was totally shocked when an angel appeared to him. And he knew nothing about the conflict with the prince of the kingdom of Persia.

But it's no accident that the messenger said that his struggle with the prince of Persian lasted exactly the same amount of time that Daniel's fasting and prayer did (cf. vv. 2, 13)—21 days. The reason for this is that the warfare in the spirit realm was being fought in a real sense by Daniel in the prayer realm.

And so it is with more of our prayers than we realize. But the point is this: Daniel's praying was not about angels.

In 2010, Piper expressed belief that exorcism should be performed occasionally in the church. However, he makes a statement which is not backed up by facts. I believe that we should ask the question "What is your proof?" when someone makes claims. Why does he believe that there are the more demons in foreign countries? If Western non-Christian do not believe in demons, does that mean they don't get affected as much by demons as they do in Third World countries? Doesn't such a claim seem a bit paternalistic if not backed up by facts as opposed to hearsay? He talks about exorcism.

In fact, in 2013 on Desiring God, the writer seemed to contradict this by promoting the idea that demons are prevalent in the Western world.

Demons have a notorious way of acclimatizing to where they are, warns Tope Koleoso, pastor of Jubilee Church in London. And in secular Western society, this means playing right into our neglect and diminishing of the supernatural.

…In this new episode of Theology Refresh, Koleoso talks frankly about our tendency to be skeptical, and practically about the process of spiritual warfare for the Christian leader. He challenges us to prayer and patience when the Holy Spirit prompts us that something is not ordinary and that perhaps demonic forces may be involved.

Finally, it is worth referring back to a post that we wrote questioning the one experience that Piper said he had with an exorcism.

Does this make sense? Are we not supposed to report crimes to the police? Piper seems to espouse such a view. I asked a few questions about his experience in that post.

Am I just beating on John Piper because I am not a fan of his theological bent? Please let me explain what I am truly trying to do here. I want to figure out how certain unusual beliefs about demons entered the greater evangelical church. I often hear critiques from certain groups bewailing the supposed light weight theology that goes on in the evangelical church. So, I chose one of the most admired pastors within this group of self-styled, serious theologians to show how their well-regarded pastors may have participated in introducing some of this theology to the church.

So, my answer to Ted at the beginning of the post would be "So, do you think John Piper is a cult leader?" (I know this one is going to get some interesting comments.) 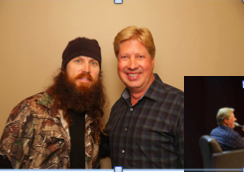 Duck Dynasty sure caught on over at the Gospel Coalition. Joe Carter even wrote two "Nine Things" posts about these guys link and link. Here is one of his glowing statements.

Why Duck Dynasty matters: Poised to be the biggest cable show of all time, Duck Dynasty is the highest rated show on TV to consistently portray a family that is unapologetic about their Christian faith and their affection for one another. The pop culture phenomenon is making it harder for television executives to ignore the demand for shows that portray families who put God first in their lives.

Denny Burk wrote 5 posts about the bearded ones (check Google) including one called The Gospel According to Duck Dynasty. In another post, Burk quibbled a bit with what Robertson said about race but he sure loved what he said about homosexuality. Others took up the duck calls for the DD boys: Russell Moore, Al Mohler, Matt Chandler, and groups like CBMW. There are more but you get my point. This group shows an obvious admiration for the Christian faith of the Duck Dynasty enterprise.

From one of our readers who is from the area:

For the Men’s Summit held on March 6-7, 2015. Jase, Cole and Reed Robertson headlined the event, which was heavily advertised and they spoke on March 7th. They presented in interview format in which the three Robertson’s sat on a couch on stage and answered questions from Robert Morris and told stories to the audience. Interestingly, all record of their appearance has been scrubbed from the Gateway site. This was odd.

Their appearance is credited for GW having the only sold-out men's conference in their history.

So what happens when the Duck Dynasty boys sit on the stage with Robert Morris? The previously mentioned theologian/pastors would most likely denounce much of the demon theology of Robert Morris, Gateway Church, etc. Yet, by publishing a large amount of man crush pieces on the bearded ones, they have inadvertently lent a positive spin on the ministry of the Duck boys. I looked to see if any of the theological types wrote posts discussing "DD Does Gateway" but I couldn't find any.

Let's review a few interesting beliefs that Robert Morris has about demons link.

He believes that you can open the door to demons if you don't tithe which means that 95% of Christians are under demonic control since only about 5% tithe!

The Apostle Paul was preaching under the influence of a demon.

He believes that evil spirits can control believers in just about every area of their lives. Take a look at this book published online called Truly Free: Breaking the Snares That So Easily Entangle.

Finally we get down to this belief in the ability for believers to control demons that have positions of power (think territorial spirits.)

He says that there is quite an impressive organisation the devil is running with seven categories of demons in Scripture:  thrones, lordships, rulers, authorities, principalities and powers, rulers of the darkness, and evil and unclean spirits.  They can be cast out in Jesus’s name. They have no choice but to leave when you cast them out in Jesus’s name.

Today's pervasive misunderstanding and rather odd practices regarding demons can be traced back to rather shoddy theology expressed by a multitude of pastors in the past few decades. It is then buttressed by today's celebrity culture in which guys who make duck calls are considered headliners for church conferences. Robert Morris and his good friend, Chris Hodges are leaders in the ARC which I believe is the fasting growing group of churches.  I have outlined some of Hodges beliefs in this matter as well. I expect that we will be hearing a lot more about territorial spirits in the years to come.

Let me end with this question which all believers should ask when confronted by claims of people being set free from demons.

Has any study been done to see if people who attend Gateway Church have fewer problems with pride, alcohol, pornography, lust, etc.? Since they are delivering people from demons regularly, Morris should have statistics on how Gateway Church is more *demon free* than other churches which don't regularly practice exorcism. Right?

My guess-they are no more lust, greed, or lazy free than any other church which doesn't practice exorcism. If so, then this is all a sham and one has to ask, "Who does it benefit…?"