Nothing strengthens authority so much as silence. Leonardo da Vinci link 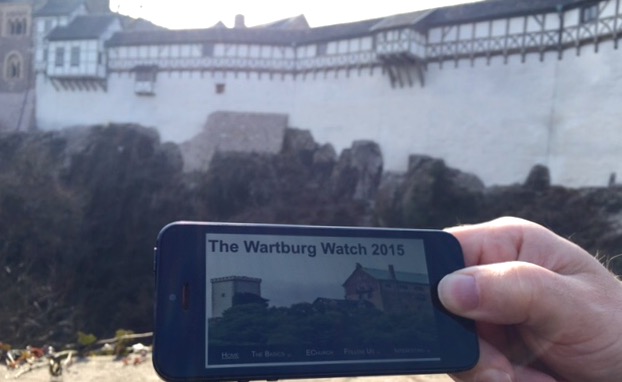 Special thanks to Dr James Duncan! Is this cool or what!

It is all about control.  It has nothing to do with love, no matter what they say. The church, throughout history, has been replete with examples of men who found great pleasure in dominating small groups of people who were conned into believing that pastors/priests alone hold the keys to heaven. However, some people have been brave enough to throw off their shackles and speak out against abuse. Today we discuss two types of gospel™control.

This is a transparent personal testimony of Patty Simoneau who, after 25 years of membership, threw off the shackles of control and commenced to bravely share her testimony of pain at the hands of Calvary Temple. I commend her for her willingness to share her story in her own words. Her willingness to open up her life to us is appreciated. (I can't wait to meet the Calvary Temple survivors in June! Your stories have touched my life.)

I am writing this to share my testimony of my time at Calvary Temple. My purpose is to bring, into the light, the "other side of the matter." Proverbs 18:15:

An intelligent heart squires knowledge and the ear of the wise seeks knowledge.

When I first began to attend Calvary Temple, I was a new believer and had not attended any other church. I then attended Calvary Temple for almost 25 years. It has now been almost 8 years since we left.

My husband and I have 5 boys. All of them left the church except for Joey who was 21 years old when we departed. Three short months later, the church leaders convinced Joey to get married. None of us, parents or brothers, were allowed to attend the wedding. We were told that they had a police presence at the church, just in case we did show up.

Joey now has two children-our grandchildren. The oldest is 3 years old and we have only been permitted to see her on two occasions. The youngest is 3 months old and we have not been allowed to meet him yet. This has truly broken our hearts, and I believe, has also broken the heart of God.

In the months leading up our departure, I believe that God challenged me in my growth in the Lord. Until then, I felt like I was doing all the right things like:

but I felt further from God than when I first entered the church. Remember, I was a new Christian back then and had never attended any other churches.

I began to desire to hear from Jesus, alone, and not from those who were controlling the church. One night, around 4 AM, I believe that God spoke very clearly to me about three things which I later shared with Star Scott in a meeting

A couple of events had troubled me:

1. I was told that I could not go to breakfast or hang out with my friend who had left the church. I told him that my age, I would not have someone tell me who I could or could not hang around with. I found my fear in disagreeing with the pastor was beginning to subside because I was now listening to God.

2. Starr Scott began to tell us how  and when to discipline our children. I started studying the scriptures concerning the things that we were being taught. I even contacted at least 10 other ministries and they all told me the same thing.  "Run for the door."  One group referred me to a website called Wicked Shepherds

As soon as we left, the youth pastor Jeff Heglund called all the high school kids together(ed. note: Calvary Temple has a school) and told them not to talk to any of the Simoneau's because "they were not Christians and serving God."  Our children were crushed. These were all of their friends that they had since birth. They had no other friends because the church discouraged friendships from outside of the church and school.

Then our son, Joey, who was 21 years old and who stayed at the church, told us if we willing to sign over the custody of his two younger brothers to him, they could continue going to the school. We absolutely refused and asked Joey to leave. We knew that God gave us those children to raise and we would not allow anyone else to do so.

Then our now former deacon told our other son that his dad no longer had spiritual oversight since he wasn't a Christian. Thankfully our son realized that such a statement was not right. He said, "My dad is a believer!" and refused to listen to them.

It has been a long journey but I am thankful to the Lord for leading us out. It has been amazing growing in the grace and mercy of our precious Lord Jesus Christ. 1 John 2:6 says:

Those who say they live in God should live their lives as Jesus did.

Thank you for this opportunity to share our story. This is just one. You can imagine that in 25 years many other things have been said and done. Patty

2. 9 Marks: You don't get to decide if your kid is a Christian

TWW has written a number of posts looking at the seeming obsession of 9 Marks and their belief that they get to tell the world whether or not someone is a Christian. You can read about this belief here. Here is an excerpt​.

The gathered local church is authorized in Matthew 16, 18, and 28 by Christ’s keys of the kingdom to make an international declaration about a what and a who: what is the gospel, and who is a gospel citizen

But now they carry it one step further. You can't even judge the faith of your own child. You need *them.* In answering a question about baptizing believing children Jonathan Leeman says the following:

I’m in this position now with my own girls, the older two of whom profess faith. Here’s how that conversation can go.

Daughter: Daddy, am I a Christian?
Me: If you’re repenting of your sins, and putting your trust in Jesus, then yes.

Daughter: I am.
Me: If you are, then praise God! Keep doing that, sweetheart!

Daughter: Can I get baptized?
Me: At some point, honey. Right now, while you’re young, let’s continue to learn and grow. We’ll think about this more when you are older. I want you stand on your own two feet as a follower of Jesus, and not just believe these things because I do. But I’m so glad you want to follow Jesus with me! This is the most important decision you’ll ever make. There’s no one better than him.

Notice a couple of things. First, I don’t formally affirm her as a Christian. Instead, I give her the criteria (repentance and faith) and I make conditional statements (If…then…). Second, I do rejoice with her in what she believes to be the case when I say “Praise God.” But again, I don’t go as far as employing my parental authority to say, “You are a Christian.” I honestly don’t believe God has given me such authority as a parent. Instead, I believe he has given the local church this affirming authority (Matt. 16:19; 18:18, 20).

I still remember the day that my oldest daughter was baptized. She was in 4th grade. She met with a pastor and expressed her understanding of baptism. On the day of her baptism, she was to share her favorite Bible passage. However, like her mother, she likes to talk and she has a good memory (unlike her mother.) Without telling me, she memorized Isaiah 40. Pete Briscoe leaned over to me and whispered "Does she know the whole thing? " I told him that next time he should tell them to only quote a few verses. The kids' baptism ran a little long that day.

All three of my kids declared their understanding of baptism and their faith as children. All three have grown to adulthood and have maintained their faith although there were some rocky times just like there has been for me. As my child's parent, I believe that I can decide whether or not my kid is a Christian and I do not need some pastor who barely knows my kid to declare it to be so.

Folks, be on guard. Today's hyper-authoritarian churches are beginning to sound like the church during the Inquisition. Never forget that RC Sproul said that

Imagine how the Calvinistas will run with this one? Imagine how others put their parameters on what constitutes a Christian? Patty from Calvary Temple taught us an important lesson. The more she began to listen to God and read her Bible, the less she believed from her controlling pastor. That is a sound lesson for all of us.