“It is dangerous to be right in matters on which the established authorities are wrong.” ― Voltaire, The Age of Louis XIV link 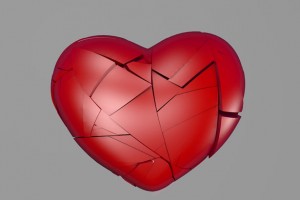 [I cannot stop the video at the bottom post from automatically turning on. You may want to watch it first or pause it.]

Brandon introduces us to the reasons behind the  Against Calvary Temple website. Next week, we will be featuring a couple of stories from survivors of this entity. Like the people in the video, I cannot bring myself to call it a church. Please join TWW in praying for these brave people.

Here is the link to Against Calvary Temple

There are several reasons I am against Calvary Temple.

Second, during the spring of 2012, it seemed apparent that the ex-Calvary Temple community could use another provocative, persuasive, and public stance against the false doctrines that Star Scott seamlessly slipped into his sermons with little opposition from the outside world or the congregation.  We believe it is the God given responsibility of every person to think critically about the gospel being preached to them, to test that gospel to see if it is from God, and to respond to the preacher of that gospel loudly if it is a false gospel.

Star Scott has a line.

As often as he says that line, it’s no wonder the congregation believes it.  He claims to love the Word.  He allegedly wants to live by the Word.  And he purports that the only reason ex-congregants never correct his doctrines is because those doctrines are exegetically, hermeneutically, and theologically air-tight.  They are not, which is the third reason I am against Calvary Temple.

The church is a cult and people need to know.

Lastly, during my exit interview with Calvary Temple, they told me

Therefore, in the spirit of Church tradition, out of my God given responsibility to think and speak, in response to Star Scott’s own challenge, and because of my love for my friends and family, I am against Calvary Temple.

Is it wrong to stand up against a church, pastor or fellow Christian?

There are many people—Christians in particular—who think it is wrong to be against a church, a pastor, or Christian. There are several verse-snippets that are hurriedly tossed in your direction if you speak against any of the three entities just mentioned:

Leaving the unraveling of the proof texts and the reconstruction of the proper interpretation of those verses for another time, I will say that I believe that since most of the people I ever knew and loved are people I grew up with at Calvary Temple that I have a responsibility to tell them if they have fallen into gross error.

How to determine the authority of various leaders.

The Bible gives us tests for determining the authenticity of those who claim to be apostles, prophets, pastors, or teachers.  According to Paul, an apostle cannot preach a false gospel, or they are no apostle at all.  Prophets need to always be right (Y2K) (ed. note Scott predicted disaster at Y2K) and to have good fruit.  Pastors cannot be greedy or contrivers of false stories or prideful. Teachers need to be apt to teach.  A causal glance at the life and teaching of Star R Scott will inform even the least astute that he fails each and every one of these tests.  Therefore, we have a responsibility to expose him.

What is the purpose of the Against Calvary Temple website?

While Star Scott’s errant doctrine is certainly the focus of our website, our broader purpose is to help former members find a landing point, to answer questions from current members, and to warn newcomers to the area that there are many dangers to signing up with Calvary Temple.  We have tried to keep our focus on doctrine, mentioning specific acts of sin only insomuch as is required by doctrine.  That being said, there is enough sexual, physical, mental, and spiritual abuse at Calvary Temple that we must speak of it in order to accomplish our broader purpose.

In the three years that we have maintained Against Calvary Temple, we have received a few frequently asked questions from members of Calvary Temple, and we thought that now would be a good time to answer them.

Q: Does your pastor know you’re doing this?

A: Believe it or not, that really doesn’t matter.  But yes, he knows about it, he encouraged us to start it in the first place, he gave his blessing when we did start it, and he prays that it would continue to be effective.

Q: What about Matthew 18?  Have you gone to Pastor Scott one on one about his alleged false doctrine or sin?  If not, how can you justify having this site for the whole world to see?

Q: How can you touch the Lord’s Anointed?

A: This phrase seems to be taken from David’s encounter with king Saul, in which he said that he would not touch the Lord’s anointed.  A few problems with the cross-over into Church Age living: one, David literally meant touch, as in kill, king Saul; two, the New Testament pastor is not an Old Testament king; and three, even if he were, David went on a few verses later in the same story to call Saul out in front of a few thousand of Saul’s subordinates, so it must not have meant to David what it seems to mean to you.

As a second response, I don’t believe Star Scott is the Lord’s Anointed.  Based on the Scriptural tests mentioned previously, Star Scott is a false apostle, false prophet, false pastor, and false teacher.  Which honestly sounds like he probably is not a Christian.  In which case, again, Matthew 18 doesn’t apply.

Q: What about Gamaliel before the Counsel in Acts 5?  Aren’t you afraid you are standing against God?

A: We have gotten comfortable after 2,000 years of reading the historical parts of the Bible to assign lessons, heroes, and villains that oftentimes were not assigned by God.  And if they had been assigned by God, Gamaliel might very well have been assigned as a villain—he was a Pharisee after all.  But more than that, we don’t know if what he said was meant to be taken as a truth or a non truth, because Luke was simply recording what Gamaliel said, not the truth value of what Gamaliel said.

I would submit to you that, if it is taken in the way that this question seems to imply, then you are saying that I should not speak against Star Scott because God will “take care of him.”  Of course, when you think that one through, doesn’t that mean that there would be no Mormons, no Jehovah’s Witnesses, no Jim Jones?  It is true that Jim Jones is gone, and I suppose you could make the argument that God “took care of him,” or that it “came to nothing,” in the words of Gamaliel.

But if I assume your premise is true then I would return your question to you this way: what if God is in the process of “taking care of” Star Scott like He “took care of” Jim Jones?  Do you want to be there when He does?  Do you want to spend the next twenty years of your life in a deteriorating cult that is coming to nothing?  Do you want to raise your children in a deteriorating cult that is coming to nothing?  Thinking about it that way, the responsibility is returned to the individual to have to choose who he or she will follow, as opposed to hoping that if Star Scott is wrong, then God will strike him dead one day.

While much more could be said, that, in another nutshell, is Against Calvary Temple.  God has His hand in the affairs of men and women, and He often uses other men and women to influence each of us.  We pray that we are having a positive influence on the Calvary Temple problem, and we pray that you would join us in our struggle to see the abusers brought to justice, the captives brought to freedom, and the church itself brought to nothing.

Here is another excellent video on the most recent protests against Calvary Temple. The allegations are deeply disturbing. Here is a link to the written story as well. Here is an interesting development.

The Loudoun County Sheriff's Office has confirmed that they have recently reopened the case of alleged sexual abuse at Calvary Temple Ministries, a decade after they closed a case involving similar accusations.

Lydia's Corner: The One Year Bible has changed its format. We will need to figure out how to use it in this website. Bear with us.

David Hayward | Artist@nakedpastor
This was a hard one to draw. Not technically, but emotionally. "Victims Dumpster" tells the story of way too many churches who boast great services, music, preaching, and programs, but leave a bunch of victims trashed in the shadows. I don't see you in that dumpster, do I? https://t.co/sLO2COmNx4
11
0