"The religious exemption protects the programs from inspections by the state’s department of children and families, which means students can be imprisoned or shackled and, unlike with licensed youth programs, can be denied contact with their parents and prevented from accessing child-abuse hotlines." 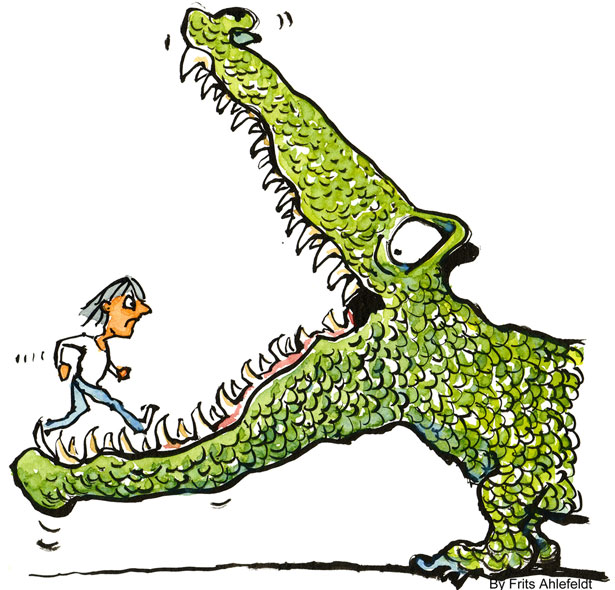 Are you familiar with an addiction recovery program called Teen Challenge?  During our almost six years of blogging, we have had a number of commenters mention this organization.  We received one such comment today (see below).

We decided that it's high time for us to educate ourselves and hopefully our readers about this rehabilitation program that now spans the globe.  The Global Teen Challenge website provides a brief history of the program, which originated fifty-five years ago.  David Wilkerson, a Christian evangelist who co-authored The Cross and the Switchblade, founded Teen Challenge in New York City.  He would go on to launch Times Square Church in 1987.  Tragically, Wilkerson died in a car crash in 2011 at the age of 79.

According to the organization's history, "Teen Challenge has grown to over 1060 centers in 82 countries".   Here is a brief description:

Global Teen Challenge is a service agency that exists to serve the more than 1000 Teen Challenge programs in more than 90 countries of the world. It is our desire to provide the best and latest tools available in helping individuals with life controlling addictions. According to the United Nations, more than 200 million people worldwide struggle with drug abuse. Drug users are getting younger and their use is becoming more frequent. Alcohol and drug addictions are plaguing our nations, our cities and invading our homes. We are committed to doing everything we can to reach people around the globe with life controlling problems.

Interestingly, Global Teen Challenge has just one favorable testimony on its website; yet there are positive testimonies and promotional videos posted on YouTube.  Of course, an organization like Teen Challenge is going to promote itself with glowing endorsements.  However, there is considerable information on the internet describing negative aspects of the program, which we want to bring to your attention.

In November 2012 TIME and the Tampa Bay Times reported on a yearlong investigation of Florida youth programs, which revealed extensive child abuse.  The article states:

In Florida, such unlicensed religious homes can operate outside state child-protection laws thanks to an exemption that protects religious practices. Some are structured more like military camps, while other boarding-school programs emphasize the “emotional growth” aspect of their mission, claiming to help teens with everything from defiance to depression to drug problems. Hundreds of students register at these schools each year, enrolled by desperate parents eager to pay $20,000 or more in tuition to put their children back on the “right” path…

To highlight the child abuse that was occurring, the reporter called attention to what happened to Samson Lehman at a Teen Challenge affiliated program called Gateway Christian Military Academy.  Here are the horrific details:

They shaved him bald that first morning in 2008, put him in an orange jumpsuit and made him exercise past dark. Through the night, as he slept on the floor, they forced him awake for more. The sun had not yet risen over the Christian military home when Samson Lehman collapsed for the sixth time. Still, he said, they made him run.

The screaming, the endless exercise, it was all in the name of God, a necessary step at the Gateway Christian Military Academy on the path to righteousness. So when Samson vomited, they threw him a rag. When his urine turned red, they said that was normal. By Day 3, the 15-year-old was on the verge of death, his dehydrated organs shutting down.

When Lehman was finally taken to the emergency room, his condition was so grave that he had to be air-lifted to a higher-level facility.  He had to undergo months of dialysis in order to recover.  Officials at Gateway Christian Military Academy tried to shift the blame on pre-existing 'mineral deficiencies', but Florida's child welfare agency didn't buy it.  They concluded that what occurred was "verified child neglect".

According to the article, Teen Challenge has a "history of abusive practices carried out in the name of religion".  Here is another eye-opening excerpt:

For decades, Teen Challenge has run afoul of states with stricter oversight of youth facilities for some of its practices.

In the mid-’90s, Teen Challenge tangled with state regulators in Texas when officials demanded that all programs that involve locking up youth meet certain training, safety and education standards for counselors. Citing religious freedom, Teen Challenge resisted — and then-governor George W. Bush stepped in to save the program by exempting all religious youth facilities from oversight.

Reports of abuse at the exempted facilities began surfacing, including one in which a girl was found bound in duct tape, but without the licensing rules, the state couldn’t act. When Texas officials rescinded the exemption in 2001, programs simply moved to other states, including Florida, where religion was still used as a buffer to protect such abuses.

Further alarming is the following excerpt from the medicalwhistleblower website:

Teen Challenge currently operates five drug treatment centers in Texas – none of which have a state license, but only two of which have formally registered their status as a faith-based facility exempt from state licensing. As exempt faith-based drug treatment centers, Teen Challenge facilities are not required to have licensed chemical dependency counselors, conduct staff training or criminal background checks, protect client confidentiality rights, adhere to state health and safety standards, or report abuse, neglect, emergencies and medication errors. Even prior to seeking an exemption from state licensing, a 1995 state inspection revealed that Teen Challenge was not compliant with numerous state health, safety and quality of care standards. Teen Challenge USA has been reported to be abusive and has even hired staff even though they were already registered child sex offenders.

To provide some idea of what others have endured, here are some testimonies that were shared on the DailyKos website:

"I was at Teen Challenge in Pensacola, Florida for two months, and it was very much like a cult. A lot of brainwashing there. It made my problems worse, rather than better. I don't recommend Teen Challenge for anyone. One leader threw bibles at the residents and carried around a baseball bat to scare us. Not good. And a lot of other bad things too."

"I am a mother of a 24-year-old son that I had to rescue out of the Teen Challenge…We were misled, told it was a drug rehab. I had to hire an attorney, as once Teen Challenge found out that my son was requesting a program change (as he could not sign onto their hyper-religiosity) they began mentally abusing him more and even told him he was 'spitting in the face of Jesus' and said 'pack your bags. I'm sending you to prison.' So much mental abuse. I have heard from others that Teen Challenge has no qualms about submitting a 'bad report' to probation to have you thrown into prison/ jail for 'non-compliance' if they even suspect that you are not 'part of God's army.' They ostracized my son for not 'speaking-in-tongues.' When I informed his 'counselor' that my son was struggling with being ostracized for not 'speaking-in-tongues,' the counselor personally told me that 'speaking-in-tongues is a gift from God! Anyone can have it, if they want it. Your son just doesn't want it because he is rebellious against the holy spirit.' I feel that anyone who is court ordered to Teen Challenge becomes a target for being 'broken for Christ.' I am completely flabbergasted by the whole nightmarish experience, the lies I personally was told, the attempts to sabotage my son's program switch request, the mental abuse, to name a few. Teen Challenge Exposed.com has more info from a man who went through the same program my son was is in. I snatched my son out of there and put him in a secular program. My heart swells for those left behind. I want organizations like this exposed, as I feel that the majority of the public does not know the real story. Had I known, we could have avoided it."

"Teen Challenge (in MANY people's opinion) is a cult! Beware! The residents are only hyped up on hyper-religiosity to replace drug addiction. Teen Challenge does NOT believe in ANY other rehabs.(i.e. 12-step programs) They make up rules as they go along. And punish you at their whim for 'breaking' them. They put residents on 'Behavior Modification' which adds more time you must do to complete the program. The longer you are there, the more money they make off of you.(as you work long hours at various jobs) When they "overheard" my desperate son (24 years old) pleading with me to request a program change with his probation officer, they attacked him the next day, told him 'there were no bars on the windows', told him to pack up his stuff and then they DROVE him to a bus station and abandoned him there. With no money. It would have only been 24 hours that a warrant would have been issued for my son 'failing' the program. Then the counselor LIED to me, saying 'your son ran away to score drugs. He told me so'. I had to hire an attorney. Those that are court-ordered to be there are abused and the staff is empowered by the fact that they can ultimately put that person in prison!!!! My son's roommate was bi-polar, and they took away his meds because they said 'Jesus heals'."

Based on these accounts, it certainly appears that Teen Challenge is made up of coercive groups disguised as rehabs.  Perhaps the best explanation for why abuse is occurring is included in TIME (see below)

The religious exemption protects the programs from inspections by the state’s department of children and families, which means students can be imprisoned or shackled and, unlike with licensed youth programs, can be denied contact with their parents and prevented from accessing child-abuse hotlines. Regulatory authority over these religious programs lies almost entirely in the hands of the Florida Association of Christian Child Caring Agencies (FACCA). And these programs flourish in other states as well, since no national regulations exist to oversee such facilities for teens.

It's no wonder the number of negative websites is multiplying.  Here are some of them:

Teen Challenge:  Abuse in the Name of God

What began fifty-five years ago as a well-intentioned addiction recovery program has grown into a behemoth organization with some serious problems.  Thanks to the internet, those who have been abused by Teen Challenge are finding their voice and letting it be heard.  The bottom line is this – if you are considering a recovery program, do your homework, and remember…Caveat Emptor!