"The devil can cite Scripture for his purpose."-William Shakespeare link 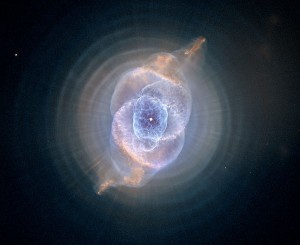 Soon after Mark Driscoll resigned, TWW predicted that he would head to Orange County, California and begin again. Mars Hill had quite a dustup when they ran afoul of Orange County zoning ordinances while planting a church in the area. In typical fashion, Driscoll claimed "religious discrimination" when Orange County enforced well spelled out rules. According to Dangerous Hope link:

Former pastor Kyle Firstenberg has leaked emails and Throckmorton has obtained compelling evidence that Mark Driscoll and Sutton Turner knew from the beginning that meeting in the Galaxy Theater was against the zoning codes of Orange County, California.  Based on the evidence, they were warned about this situation continually by their staff in SoCal but held their ground wanting to cynically turn the situation into a “religious persecution” issue.  Driscoll, in a video now scrubbed, exclaimed, “If we find out as well that it’s just somebody on a council somewhere that has an axe to grind against Christianity we will hold our ground.”  In the mind of Mars Hill leaders, apparently red-state, Republican Orange County is a haven for persecuting believers in Christ.

During this fiasco, it appears that Mars Hill may have rented a beautiful home in Orange County. Warren Throckmorton has lovely pictures of it in his post, That Time When Mars Hill Church Considered Moving to California.

…Mars Hill Church leaders considered moving Mark Driscoll and church headquarters to California and that in preparation for such a move, the church secured a rental property in Orange County.

…According to those familiar with the arrangements, Mars Hill Church provided Driscoll with substantial extra salary in order to afford a rental home in an upscale, gated Irvine, CA neighborhood (currently $6500/month, scroll down for the rental price history). The church asked church members to donate furniture but paid for furnishings not donated.

With this in mind, TWW predicted that Driscoll might pack up and move to a warmer climate. However, WenatcheetheHatchet conjectures that Driscoll may move to Orange County by way of Texas, home of Robert Morris, his new BFF, as well as lenient tax laws.

…Driscoll may "want" to go to Orange County but it would make sense if he spent a "season" in Texas under the "covering" of Robert Morris before launching a church plant in California under that covering/sending.  This would be a shrewd PR move and largely eliminate most public concerns about Driscoll's persona and activity.

…A "season" in Texas and under Morris would make it possible for Driscoll to benefit from Texan laws and customs about churches (one can only surmise Benny Hinn moved his HQ over there for reasons) and then shift over to California when there's less heat associated with the activity of the corporation that will be formerly known as Mars Hill Church.  It's not even impossible that Driscoll could collect "a whole new core" and re:launch a re:branded Mars Hill of some kind and re:vive what he'd had going earlier.

Review that again: Texas is a great climate for the business of churches and Robert Morris could provide, get this, *a covering*. We love the term *covering* and wrote a spoof on the matter. Besides spiritual covering, people provide cover for one another all the time. Morris, for example, could use his considerable megachurch to rewrite the story of Driscoll, claiming the poor boy had been had. He has already said as much.

The Deebs are having a good laugh in Raleigh, NC. As all of you know, John Piper said that he loves Driscoll's theology. Bless Piper's heart, but to which theology was he referring? Just as his former mentor, C.J. Mahaney, morphed from apostolic and charismatic to Neo-Calvinist, Driscoll has done his own share of mutating. First, he was Emergent, then Neo-Calvinist, then onto The Elephant Room controversy with T.D. Jakes and now he is being protected by that well-manicured, magnificently coifed, and guaranteed *demon free* Robert Morris.

Here is some information about Morris. One can be darned tootin' sure that he is not part of the Neo-Calvinist movement. We would even bet that John Piper does not looooooove his theology.

Is Morris is fudging a bit on his academic credentials? Here is how to assess the education of anyone. According to Calvary and More, Robert Morris:

…Attended East Texas Baptist College and Criswell Bible College; Doctor of Letters from The King’s University (given to those who have made substantial contributions to their respective fields through published works)

First, what is a Doctor of Letters? From Wikipedia:

Doctor of Letters (Latin: Litterarum doctor; D.Litt.; Litt.D.; D. Lit.; or Lit. D.) is an academic degree, a higher doctorate which, in some countries, may be considered to be beyond the Ph.D. and equal to the Doctor of Science (Sc.D. or D.Sc.). It is awarded in many countries by universities and learned bodies in recognition of achievement in the humanities, original contribution to the creative arts or scholarship and other merits. When awarded without an application by the conferee, it is awarded as an honorary degree.

Now, ask "What is King's University and why would they give a Doctor of Letters to some guy who look like he didn't even finish college?" Ya gotta love this one. King's University was originally founded by Jack Hayford. Then Robert Morris got a *mandate from the God*.

Throughout the first decade, The King’s continued to expand and grow by planting new extension campuses across the nation in conjunction with several local churches. In 2009, Gateway Church entered the picture when their founding senior pastor, Robert Morris, received a mandate from God to “train the next generation for ministry.”

To fulfill that dream from God, Gateway partnered with The King’s University in California to create a branch campus in Southlake, Texas. With The King’s help, Gateway wanted to train and equip students for ministry within the church as well as outside the four walls of the church. In 2013, The King’s received approval for the relocation of their main campus from Van Nuys, California, to Southlake, Texas. This new central campus for The King’s was officially dedicated on November 14, 2013. This new beginning represented the culmination of a multi-year planning process that was first birthed in the heart of Dr. Robert Morris (who also serves as Chairman of the Board of Trustees for The King’s University) and is an extension of the very close relationship that exists between Dr. Robert Morris and Dr. Jack Hayford.

Did you catch that? Robert Morris is running the *university* which gave him the Doctor of Letters! The Deebs, in recognition of their in-depth research, deserve one, too. We are certified "demon free".

Finally, I took a cooking course at a local community college. I could say, as *Dr* Morris, that I attended said college. However, I did not get a degree from that college. Neither did Morris get degrees from the two undergraduate colleges he attended or he would have listed his degrees. Unlike Morris, I did get a BSN and an MBA and you can look that up. Next time someone tells you they "attended a college", ask them if they got their degree. From what I can tell, Morris has no earned degree.

Here is Robert Morris asserting that Beck has "a love for the Lord, a love for Israel and a love for our country." This thoughtful declaration occurred during the First Under God, a Gateway Conference. According to Apprising Ministries, Beck was not listed on the speakers' program which included (this will make you feel better…)

But Beck was introduced as a speaker. Here is one video. In another video (at the above link), Morris calls Beck "a believer".

And he said to them, “Go into all the world and proclaim the gospel to the whole creation. Whoever believes and is baptized will be saved, but whoever does not believe will be condemned. And these signs will accompany those who believe: in my name they will cast out demons; they will speak in new tongues; they will pick up serpents with their hands; and if they drink any deadly poison, it will not hurt them; they will lay their hands on the sick, and they will recover.” (Mark 16:15-18 ESV)

Here is his commentary.

I will never forget what Alan Smith said to me about this passage.

There is much more to talk about when it comes to Morris, but this post is getting too long. I have saved the best for last. Morris believes that Christians can be possessed by demons. He also claims he was possessed by a whole flock of them while he was *ministering*. He asserts that those demons caused him to lust and led him into infidelity.

In the interest of time, scroll to 13:30 minute mark and listen for about 3 minutes.

The Deebs are adamantly opposed to any theology that claims Christians can be possessed by demons. Read link and link for further information on the subject. Think about it. How would you ever know whom to trust if everyone can be possessed by a demon or a bunch of demons? Also, the idea of "the Devil made me do it" shifts responsibility for our own actions onto something(one) else, thereby relieving each individual of personal responsibility. "Honey, I had three affairs because the Devil made me do it. So stop being mad at me. They are gone!"

Finally, after viewing this video, I have a question. If the people listening to Morris believe that Christians can be possessed, I would hope that they would think such a matter is deeply disturbing. So, why in Sam Hill did these people laugh upon hearing that Morris was possessed by demons while he was ministering?

26 They sailed to the region of the Gerasenes, which is across the lake from Galilee. 27 When Jesus stepped ashore, he was met by a demon-possessed man from the town. For a long time this man had not worn clothes or lived in a house, but had lived in the tombs. 28 When he saw Jesus, he cried out and fell at his feet, shouting at the top of his voice, “What do you want with me, Jesus, Son of the Most High God? I beg you, don’t torture me!” 29 For Jesus had commanded the impure spirit to come out of the man. Many times it had seized him, and though he was chained hand and foot and kept under guard, he had broken his chains and had been driven by the demon into solitary places.

From what I can tell, Mark Driscoll may have found a haven to continue demon trials while making bank. Not a bad gig.