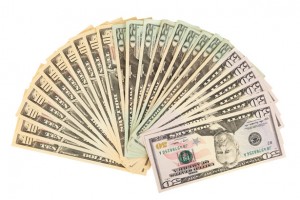 Too much to write so I am squeezing a few things into one post. If you want to laugh, read the last entry first!

1.  Should you trust the ECFA ( Evangelical Council for Financial Accountability) seal of approval? I don't.

A few years ago, TWW was shocked to learn that ECFA didn't care that Franklin Graham was making $1.2 million in compensation. Here is what they said to us in a letter.

ECFA standards are based on the principles of good governance, accountability, integrity and transparency, and do not place dollar limits on the compensation of its members' leaders.

Good night! So, after many years of believing that ECFA would keep things in check, I came to the realization that they didn't give a hoot how many millions a pastor or parachurch organization leader makes so long as they have "good accountability."  What in the world does that mean? Rob Smith decided to question whether or not ECFA really cares about accountability, good governance, integrity and transparency and uses current day Mars Hill which still bears the ECFA stamp of approval. I kid you not!

Rob Smith, at Musings From Under the Bus, wrote Where is the credibility of ECFA?  He is concerned that ECFA continues to *bless* Mars Hill and Mark Driscoll with their increasingly suspect "seal of approval."

…Will the ECFA* have any credibility left after staunchly standing by Mars Hill Church?

…What sort of financial scandal has to become public before the ECFA decides that it will no longer give its once esteemed stamp of approval to Mars Hill Church?

….How is it possible that the Mars Hill Global Fund deception has been clear and obvious to many church members, ex-members, news reporters and bloggers, yet not to the ECFA? This includes the hasty repackaging of the Global Fund by MH leadership stating that the Global Fund was never a fund that was intended to fund overseas mission work in places like Ethiopia and India, but rather a fund that could be used for any purpose that the top leadership at Mars Hill Church desires, including the general fund.

…In the light of this latest revelation of financial shenanigans at Mars Hill Church, will the ECFA choose to keep its stamp of blessing on the church, like it did despite knowing of the deception by church leadership using $210,000 of church funds to hire a company to “game” the system and buy books in a manner intended to deceive the New York Times bestseller list

…Such planned exploitation of poor Africans. Such an intentional suckering of donors.

Here is the question that must be answered.

What does the ECFA stand for these days? Surely their approval is losing its value.

Rob, let me answer that question. Unless ECFA acts, their "seal of approval" will become irrelevant. 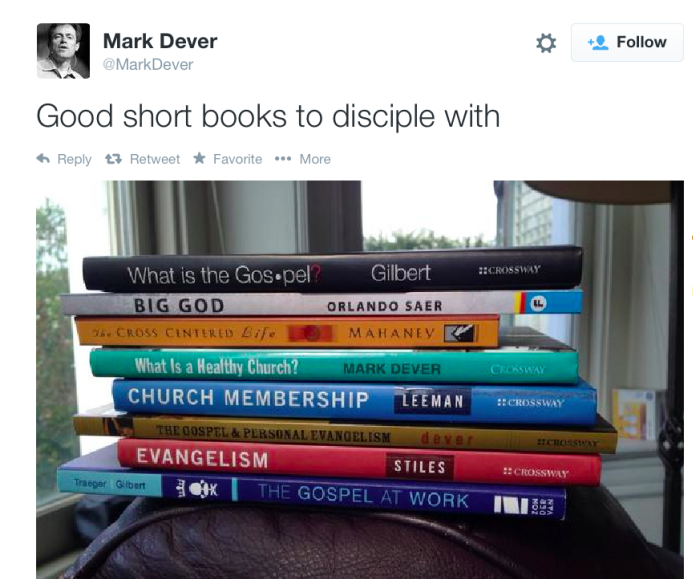 I saw this picture tweeted by Mark Dever last week and sent it on to Todd Wilhelm in Dubai along with a quick note: "This one's for you!" For those of you who do not remember here is a link to Todd's story. Todd (who was in line to be a church leader) asked his church, run by Mark Dever's BFF, John Folmar, to stop selling C.J. Mahaney's book in the UCCD bookstore in light of the controversy surrounding the SGM lawsuits alleging the cover up of child sex abuse victims and perpetrators.

They said  "Not gonna happen." So Todd, a man of integrity, quit the church. But, with the 9 Marks "You can check in but you can never leave" policy, he was told he had to join an "acceptable" church before he could be removed from the roster. In other words, rights of conscience do not apply when you have made the mistake of joining 9Marks, aka "The Hotel California of the Calvinista Glitterati".

Surely, after Grant Layman's testimony, certain groups would be more circumspect in their endorsements. That does not appear to be true for 9Marks and, as I shall demonstrate later this week, neither does it apply to The Gospel™ Coalition.

This week, Todd wrote another insightful post Dever Calls Out Osteen But Continues to Promote Mahaney’s Book. He refers to the January/February 2014 9Marks Journal which deal with the Prosperity Gospel. In that journal, 9Marks calls out one of Joel Osteen's books, Break Out.  Now, the Deebs do not like Joel Osteen, finding his version of the faith similar to playing the game Candyland over and over. The review is not surprising.

Joel probably is America’s pastor. Sadly, Break Out! pastors people to be narcissistic, biblically illiterate, and theologically confused. In other words, Break Out! tells you to suspend biblical discernment and enjoy your day at Disneyworld.

However, here is where it gets interesting. It appears that 9Marks believes that abuse and rape are negative occurrences. They take Osteen to task for overlooking or de-emphasizing negative issues and sins.

Osteen’s twisting of Scripture to encourage and inspire greatness comes at a great cost, the cost of truth. The truth is, I cannot be my best. If I cannot be my best, and therefore do my part, what hope can I have that God will do his part?

These present sufferings do include abuse, rape, terminal disease, tragedy, accidents, personal bankruptcy, miscarriages, corrupt officials, and being persecuted for the faith. Joel has no message of hope or comfort for people in these.

However, when Todd sought to remove a book by an author who has presided over a ministry which has been associated with the cover up of child sex abuse, which is also a form of rape, Mark Dever appears to have turned a blind eye. Grant Layman, Mahaney's brother-in-law, has testified under oath that he did not report knowledge of child sex abuse. This negative activity went on under Mahaney's watch and, at the minimum, the buck stops with Mahaney. Clue to Dever: this is called overlooking the negative, just like Osteen.

Dever, in a public tweet (this means it was for the general public and not just for his church members) endorsed C.J. Mahaney's book, along with his own books. One of the other books is written by a 9Marks pastor (Leeman) while another is written by a person closely associated with 9Marks (Stiles). Mahaney is in "inner circle" company. Frankly, in this instance, Mark Dever reminds me a bit of Joel Osteen.

“Criticizing Joel Osteen is the theological equivalent of shooting fish in a barrel. I assume this is part of the reason why there are so many high-profile pastors going after him. There is no risk. He is outside of their theological camp. The risk comes when you don’t just step away from men like Driscoll  but publicly rebuke just as you promoted.”
-Matt Redmond

How embarrassing. One thing is certain. Dever knows he is right and that is a very good reason to be very, very, very, very careful before becoming a "signed on the dotted line" member of any 9Marks church unless you are C.J. Mahaney. Then you get a pass to come and go as you please. Caveat Emptor.

Hoo boy, there are some really stodgy old Calvinistas out there in Twitterland.  Life has become too serious when you can't laugh at yourself or on behalf of your BFFs. I grew up in a family made up of immigrants from Russia and a few from Poland. How we would howl at Russian/Polish jokes. My friends from Italian immigrant families would have their own jokes. Good night, Calvinistas! Laugh. My husband says it is really good for your heart (that is if you have one.)

What is particularly funny about this response is that it refers to the the books that Mark Dever endorsed in the above post. It appears that our satirist(s) have similar thoughts to Todd and the Deebs.

I have a feeling that the keepers of The Gospel™ Corp will not mind me repeating this awesome explanation called 9 Things You Should Know About the Gospel Corp. Hint: Even the title is a spoof but I will let you figure who is being parodied. 10 points if you know and can write a response using " 9 Things You Should Know About…. (fill in the blank.)"

An accomplished Internet theologian recently called us out on Twitter as being elitist, mocking, hypocritical, anonymous cowards, and in one tweet even implied that our salvation should be questioned. And for this, we are grateful. He’s caused us to reflect and say, “We know what we’re against. But what are we truly for?” The following is a list of nine essential things you need to know about The Gospel Corp:

1. After giving the issue of anonymity some thought, we agree it is time to reveal our identities. We are Isaac Bickerstaffe and MB Drapier of Anytown, USA. Now that that’s out in the open, we look forward to promoting ourselves and developing our personal brands. Who knows? Maybe we’ll even get some speaking gigs on the conference circuit!

2. Satire is unbecoming of Christians, and we’re done with it. Many of the leading voices in Evangelical Christianity appear to have no sense of humor, so we are obviously in the wrong. From here on out, we’re only quoting obscure Puritan authors and retweeting sanguine Christianity Today links.

3.It’s no secret that we began the account as a parody of  The Gospel Coalition. What you may not know is that we have tens of thousands of unpublished tweets in our Drafts folder ridiculing every single word and action of all 52 TGC Council members AND anyone who has ever posted a blog on thegospelcoalition.org. Unfortunately, our strict curatorial guidelines prevent us from publishing more than ten tweets a day.

5. Our critic charges that we single out certain people for criticism and then refuse to criticize others for doing the same things. And he raises a good point. We have come up with what we believe to be an exhaustive list of 10,044 Christian personalities, groups, and subsets to lampoon. If we average one unique critique for each day of the year, we will have worked through our list by the end of 2041. And surely by then, we will have added many more names to the list. Job security!

6. We have resolved to become a kinder, gentler Gospel Corp. When we see a well-known pastor promoting two of his books in a list of eight “good short books to disciple with,” we promise to never again question whether that is self-promotion. Because the definition of self-promotion certainly is not “elevating your product on Twitter.” (And to prove we’re serious about being inoffensive Christians, we have already followed @maxlucado!)

7. One day we hope to be fortunate enough to kiss Tim Keller’s ring.

8. This one may come as a surprise to some of you, but our favorite dessert is an Every Square Inch brownie with a scoop of gospel-centered vanilla ice cream on top.

9. This one may come as REAL surprise to some of you, but we’re not always right.