"At the center of non-violence stands the principle of love." -Martin Luther King, Jr. link 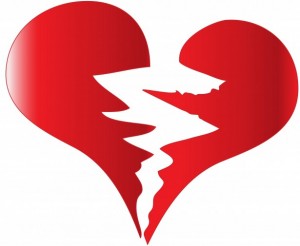 Update: 5:30 PM 9/8/14: Question: The PCA believes in church discipline. How does the vaunted authoritative hierarchy deal with this one?

Last Friday, Twitter was afire with a new #takedownthatpost. Charisma News posted an article written by Gary Cass titled "I'm Islamaphobic, Are You?" His opinions were evidently deeply disturbing to a fair number of Christians. Charisma took down the post due to the overwhelming expressions of outrage. Charisma has had quite a few weeks. First, they dealt with the Gungor controversy, poorly in my perspective, and then they published Cass's opinion. Although it has been taken down by Charisma (good for them!), Cass has left it up on his website. Therefore, it has not left the public eye.

So, who is Gary Cass? According to his website, DefendChristians, a ministry of the Christian Anti-Defamation Commission (I didn't know there was one, did you?), he is a PCA pastor amongst other things.

Dr. Gary Cass began in ministry preaching the Gospel behind the Iron Curtain and working with the persecuted church in the Soviet Union.

For twenty years Gary served as a pastor in the San Diego area and is a minister in the Presbyterian Church in America with graduate and post graduate degrees from Westminster Theological Seminary in California.

While serving as a pastor, Gary was recognized for his leadership in the pro-life movement and for helping other Christians get elected for political office.

A former Executive Committee Member of a major San Diego County political party, Gary also held a non-partisan elected office. He was given the Salt and Light Award by Dr. D. James Kennedy in 200 for his leadership in the San Diego area.

Dr. Cass is the author of Christian Bashing, Gag Order and co-author of The Bible and the Black Board and has appeared in national and regional TV, radio and print media including ABC, CNN, and Foxs News, and the Washington Post. Dr. Cass is heard daily on over 300 Christian radio stations across the nation on CADC's call to action, Freedom Alert. Dr. Cass has appeared on ABC News, CNN, Fox News Network and frequently on the Coral Ridge Hour. Recently, Dr. Cass visited Iraq to meet with Prime Minister, al-Maliki, regarding the plight of persecuted Iraqi Christians.

Fred Clark at Slacktivist, wrote a post which exposes more of the activities of Cass.

Cass is an author — most recently of an e-book titled The Bizarre Sex Life of Mohammed. As that title suggests, this is a guy who likes shooting for publicity by shooting his mouth off. He’s got a history of doing that, too — most famously, perhaps, in the monthly videos he posted before the 2012 election claiming to provide “Irrefutable Proofs That Barack Obama Is NOT a Christian!”

For the sake of this post, I do not wish to discuss politics. Instead, since Cass claims to be a Christian, I would like to discuss the issues of how Christians relate to the various major faiths in the world as Christians; not as Americans, Democrats, Republicans, etc. I would like to get your thoughts on how Cass represents the Christian faith.

Let's take a look at some of his thoughts. I highly recommend that you read the entire piece to see if we have fairly represented his point of view. As you read consider: Is this how you want Christianity to be conveyed?

1. He places all Muslims in the same pot.

He does not differentiate between ISIS and any other Muslim.

Now we get to watch their violent, demonic fanaticism on Youtube videos.

They believe they have been given a mandate by Allah (Satan) to dominate the world.

3. He does not believe that Muslims can be converted in any significant numbers and the Scriptures say so.

History does not record a mighty move of God in saving masses of Muslims. I believe the scriptures militate against mass Muslim conversions.

He believes that this is the only way to keep America safe.

5. Force Muslims to get sterilized.

Muslims in America are procreating at twice the rate of other groups. So, either we force them all to get sterilized, or we wait for the “Army of Islam” to arise in our midst.

6. Every Mosque in America is conspiring to kill you.

He claims it is irrational and stupid to believe that any Muslim in our country wants to co-exist.

7. Violence (against Muslims) is the only biblical™ option.

See what I mean? Put the word "biblical" in front of anything and it is God-ordained! Cass appears to revert to Old Testament covenantal theology by implying that God is going to turn Americans over to Muslims because we are disobedient.

Will God even intervene or turn us over to the Muslims for turning against Him?

8. In a Y2K reminiscent spiel, he claims that we must arm ourselves as well as our children. Folks, we are going down..

First trust in God, then obtain a gun(s), learn to shoot, teach your kids the Christian doctrines of just war and self defense, create small cells of family and friends that you can rely on if some thing catastrophic happens and civil society suddenly melts down.

He ends this post with a call to action. We are now supposed to send his diatribe to friends and family. He says the measures that he proposes will be lesser pains if we implement them now. I wonder what is more painful then violence, sterilizations and deportation? Good night!

Brian Zahnd had this to say at Zac Hoag's blog at Patheos called Nuance. I think it is a good way to end the post.

What can we say about this other than it is an utter repudiation of the Sermon on the Mount. It is a brazen betrayal of Christian baptismal identity. It makes a mockery of our Lord’s command that we love our enemies. It is anti-Christ. To call Cass’s op-ed anti-Christ is not a polemic cheap shot, but an sober analysis. It is anti everything Jesus taught in his sermons, modeled on the cross, and proclaimed in his resurrection.

…I can only hope that their decision to post vicious hate-speech in the name of Christ is not some new trend, but a tragic lapse in judgment. I am glad they have chosen to amend and correct that course, at least for now.

Either Christianity is about forgiveness, or it’s about nothing at all.