"You can't even bring your despicable self to admit your crime. So, you hide behind your phony self-diagnosis of amnesia. Mr. Morales, you are one pathetic human being." 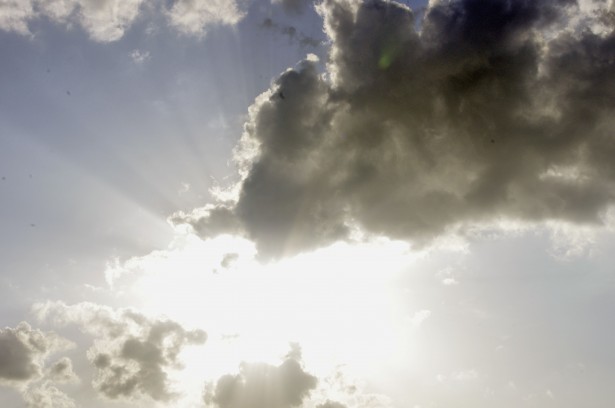 Yesterday Nate Morales, a former Covenant Life Church leader who was found guilty of two counts of sexual offense in the second degree and three counts of sexual abuse of a minor back in May, was sentenced to 40 years in prison.  Here is a news report that aired in the D.C. area.

WJLA, which broadcast the above report, published an accompanying article for internet readers.  It begins as follows:

Judge Terrance McGann sentenced Nathaniel Morales, 56, to 40 years in state prison for molesting at least four boys during the 1980s. The abuse occurred while Morales ministered at Covenant Life Church in Gaithersburg.

Then in his mid-20s, Morales led youth Bible studies, directed worship teams, and even attended sleepovers with the male teens he mentored. Morales' middle-of-the-night attacks went undetected for years, because he exhumed trustworthiness and charm.

Jeremy Cook, whom Morales victimized around 50 times during church-related sleepovers, spoke publicly in the wake of Morales' sentencing.  He (Cook) was around fifteen years of age when these crimes began. Jeremy Cook, a husband and father of three, testified against Morales during the trial, and we are hailing him as a hero.  Now that Cook can finally get on with his life, we would love to meet him since he currently lives in Raleigh.  How providential!

An article in The Washington Post provides the following details about the sentencing:

Circuit Court Judge Terrence McGann took it all in. He sentenced Morales to 40 years, saying it would have been easier for the victims if Morales had broken their jaws, because those injuries could heal.

The judge was scathing in his opinion of Morales, including Morales’s earlier claim that he didn’t remember what happened.

“You can’t even bring your despicable self to admit your crime, so you hide behind your phony, self-diagnosis of amnesia,” McGann said. “Mr. Morales, you are one pathetic human being.”

Three of the victims attended Covenant Life when Morales was there. And the case, which police began investigating in 2009 after one of the victims came to them, has been difficult for church members. Many have wrestled with competing narratives of what church leaders knew 25 years ago.

Last year, as news of the case broke, leaders released a statement saying they weren’t aware of the abuse until many years after it occurred. But in May of this year, testimony at one of Morales’s trials revealed that church leaders were told about three of the victims in the early 1990s, but did not call the police.

Of course, the lead pastor at Covenant Life Church when these crimes occurred was C.J. Mahaney, who pastored the church for 27 years until he turned over the reins to Joshua Harris in 2004.  Grant Layman, Mahaney's brother-in-law, testified under oath during the trial that he knew about Morales but did not notify the police.

Covenant Life Church leaders issued this statement after the sentencing:

“As a church we are deeply saddened that children have been abused and victimized in the grievous ways described in the Morales trial. We believe those who testified did so with courage, and we continue to pray for the Lord’s mercy, comfort and healing grace in their lives and those of all victims. We are grateful to see justice done in today’s sentencing.”

A Gazette article entitled Former Germantown youth leader gets 40 years in prison for sexually abusing boys provides more details regarding the sentencing of Morales, as stated below:

In the case of the three boys, Morales was convicted of three counts of sexual abuse of a minor and two counts of second-degree sexual offense. He was given 10 years in prison for each count, some of which is to be served concurrently.

In the case of the single boy, Morales was convicted of one count of sexual abuse of a minor and one count of third-degree sexual offense; he was given two 10-year sentences, to be served consecutively with the other sentences for a total, effective sentence of 40 years.

Morales will be eligible for parole after serving half that time, Michalski said.

Drew said he planned to appeal the sentence.

One of Morales’s victims, Jeremy Cook, spoke with reporters at a news conference with prosecutors after the hearing and said the sentence was fair. “It’s a significant period of time that he has to serve, and hopefully it will keep him from hurting anyone else again,” he said.

During the hearing, Cook, a former Gaithersburg resident, told the court that he would have to deal with abuse until the day that he died. “It is a life sentence,” Cook said.

Our hearts break for these victims who have entered adulthood scarred because of crimes perpetrated against them by a pedophile. And shame on any CLC leaders who knew about Morales but failed to protect the children.

We dedicate this song not only to those hurt by Nate Morales but to all victims of pedophilia.  May Almighty God restore the years the locusts have eaten.  Please know that we are praying for you.