It may be stating the obvious, but Australia is big. Very big. In fact, it is so big that developing and maintaining real gospel partnerships and unity across the nation is a significant challenge—and that is the primary reason why we believe now is the time to start The Gospel Coalition Australia. 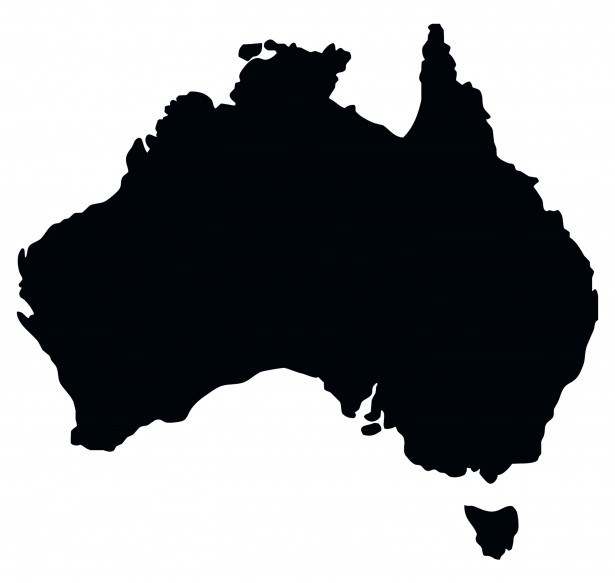 The Gospel Coalition launched seven years ago here in North America, even though the groundwork had been laid years before.  It "officially" began with a conference attended by 500 reformed Christians.  That year (2007) the gathering was kept under wraps.  According to an article in Christianity Today:

The first few years there was no change in leadership. Then in early 2012 James MacDonald resigned from the Council of The Gospel Coalition because of The Elephant Room debacle involving T.D. Jakes.  A few months later, Mark Driscoll resigned from TGC's Council.  Then last March, just prior to the Together for the Gospel conference, C.J. Mahaney and Joshua Harris stepped down as TGC Council Members.  Earlier this week The Gospel Coalition announced it has elected four new council members — Sam Storms, Matt Carter, Danny Akin, and Dan Doriani.  There are now 52 Council Members, and all of them are men.  Why are women not allowed to serve on the Council?

A few days ago The Gospel Coalition announced that it is expanding into Australia.  Here is an excerpt from that announcement.

In recent years, as the religious and theological landscape has changed not just across Australia but the entire English-speaking world (and beyond), there have been encouraging signs of gospel unity, fellowship, and cooperation within Reformed evangelical circles. There has been an obvious willingness for people to gather together in large numbers to hear visiting speakers from the new Reformed movement (for example, Mark Driscoll, John Piper, and more recently, Tim Keller and Matt Chandler). Don Carson’s tireless visits to these shores have patiently built key relationships and drawn people together.

As demonstrated at the beginning of this post, there appear to have been some 'gospel unity' challenges here in North America.  Of course, we can just chalk it up to God's sovereignty.  It is interesting that former TGC Council Member Mark Driscoll is mentioned in the above excerpt.  As the bodies continue to pile up under the Mars Hill bus, we certainly wouldn't hail Driscoll as a proponent of 'gospel unity, fellowship, and cooperation within Reformed evangelical circles'.

The Gospel Coalition article goes on to state:

Following the broad pattern of the original TGC, we have formed a Council drawn from across Australia. Building on existing relational networks, we have drawn together a group of 13 men committed to the TGC Foundation Documents and to one another. Whilst we haven’t tried to ensure that every possible constituency is represented, we have ended up with a real mixture of denominations, backgrounds, geographical locations, and experience.

The Bible Society published an article announcing TGC's expansion into Australia.  It states:

The group will meet for the first time in early August with the executive director of TGC to advise them on the road ahead.

On what to expect of TGC Australia, Tang writes: “We have no fixed agenda other than to build gospel partnerships and then do whatever we can to promote the same kind of gospel-driven relationships across our nation as we work together for the sake of Jesus Christ.”

TGC Australia will be self-governing and self-financing.

The members of the Gospel Coalition Australia Council are also listed in the Bible Society article.  They include:

The Gospel Coalition website now features a list of churches in Australia.  There are approximately 125 congregations included; however, we were surprised by a number of duplications of churches.

Getting back to The Gospel Coalition article, here is an interesting excerpt:

Don Carson’s tireless visits to these shores have patiently built key relationships and drawn people together. The emergence of colleges like Queensland Theological College in Brisbane and Trinity Theological College in Perth, which have a clear TGC flavor, has added to this momentum, as has the foundation of the biennial Oxygen conference. It has also become increasingly obvious that for younger Australian Christians (and many who are much older), the TGC website has become the first port of call for information and stimulation, as Sydney contributes more pageviews than any other city in the world. Younger preachers like Matt Chandler, Kevin DeYoung, and David Platt gaining significant "virtual" followings. Given all these factors, it became obvious to us that we are living at a moment of significant opportunity here in Australia for visible fellowship and purposeful cooperation in the work of the gospel.

We thought we were up-to-date on the conference circuit, but the Oxygen conference has not been on our radar screen until now. According to Oxygen's Facebook account, the first one was held back in 2011.  It featured John Piper and Dr. John Lennox, Professor of Mathematics at Oxford University and Adjunct professor of the Oxford Centre for Christian Apologetics.  Dr. Lennox is a world-renowned apologist who has debated a number of leading atheists including Richard Dawkins and Christopher Hitchens.

In March 2008, Dee and I had the pleasure of hearing Dr. Lennox in person when he came to Southeastern Baptist Theological Seminary to deliver the Carver-Barnes Lectures.  We attended both of his lectures as well as the question and answer time afterwards.  What a privilege it was to speak with Dr. Lennox at the conclusion of the Q&A session.  He was such a delightful Brit, and we are a bit surprised that he is involved with The Gospel Coalition, which includes young earth creation proponents such as Al Mohler on its Council.

You see, Dr. Lennox is an old earth creationist, who has written a book entitled Seven Days That Divide the World:  The Beginning According to Genesis and Science.  Not surprisingly, when this book was published back in 2011, Ken Ham took issue with it in a post entitled John Lennox and a Sad Divide.

John Lennox is one of the speakers at the upcoming Oxygen conference that will take place August 4 – 7, 2014.  Other speakers include:  Don Carson, Francis Chan, Bryan Chapell, Nancy Guthrie, Bob Kauflin, Kathleen Nielson, and Paul Tripp.

Beginning on June 4, 2013, this conference has been highly promoted on Facebook.  There have been so many updates that I totally lost track!  It appears that this upcoming conference is one of the primary ways The Gospel Coalition Australia is attempting to promote itself. There are YouTube videos of every speaker who will be addressing Oxygen attendees.  Here are a couple of them.

As the Gospel Coalition attempts to enlarge its territory, it will be interesting to observe how successful TGC leaders are in influencing Christians 'down under'.