“It is funny the things that run through your mind when you're sitting in your underpants in front of a pair of strangers.” ― David Sedaris link 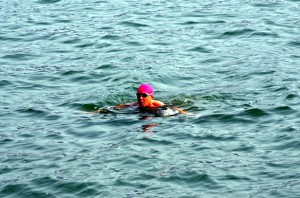 Women: Do You Hate Putting on a Swimsuit?

Patriarchy: women are not to lead men, ever; not in church and not at home. They are to be the keepers of the hearth. In some circles, women are to have lots of kids. But, there's more. With the advent of Mark Driscoll and his minions, women are supposed to "smoking hot" at the same time. Driscoll merely parrots the Cosmopolitan and Hollywood viewpoint of women, attempting, yet failing, to put a Christian spin on it. Size 2 with DD breasts only exist in plastic surgery land.

Amongst the ridiculous comments, made by arrogant, hipster wannabe pastors, that I read, over and over again, is how "smoking hot" their wives are. Is it any wonder that many women hate the summer when they have to put on a swimsuit? Well guess what? I am not smoking hot although I am devastatingly witty! The only thing that gets me smoking hot is sex abuse, domestic violence and  spiritual abuse. True confession: I hate trying on swimsuits.

Well, no more. Jessica Turner, the wife of Matthew Paul Turner, penned an essay, complete with a picture of her in a swimsuit and the post went viral. It's title: Moms, Put on That Swimsuit. I highly recommend you read the whole thing but here are a few excerpts.

-You've got two choices every summer — to put on a swimsuit or to skip it.

-Your swimsuit does not define you.

She makes a profound statement about women who will not put on a bathing suit.

Because when women stay on the sidelines because of insecurity, we are modeling unhealthy behavior to our children and we are missing out.

I have a challenge for everyone out there. Tell a woman that she is wearing a pretty bathing suit. In fact, tell her she looks beautiful. Let's throw away the expectations of Hollywood biased society and arrogant, hipster pastors. Put on the bathing suit and love being at the beach.

The majority of men, and some women, would rather be shocked than to alone with their thoughts.

Thanks go out to a reader, Old John Jay, who called my attention to this study published in Science which is a premier scientific journal. In the study, participant would be told to stay in a room for about 15 minutes with nothing to do but think. Most everyone found it difficult. The researchers even helped them by giving them pleasant things to thing about. The results were the same. Then they were given a device with which they could voluntarily shock themselves.

“It dawned on us: If people find this so difficult,” Wilson said, “would they prefer negative stimulations to boredom?” He gave them access to a device that would provide a small electrical shock by pressing a button. It wasn’t a very strong shock, as the device was built around a 9 volt battery. “But we weren’t even sure it was worth doing,” he said. “I mean, no one was going to shock themselves by choice.”

…when left alone in the room for a 15-minute thinking session, the participants exhibited some shocking behavior. One man (whose data was left out of the study) shocked himself 190 times. “I have no idea what was going on there,” Wilson said. “But for most people, it was more like seven times.”

In other words, most men are more interested in seeking variety and stimulation than women are, even if that means getting 190 electric shocks in 15 minutes.

In the "What a crock department: Mars Hill Global isn't…

This week, Mars Hill finally admitted that they used the Global Find money to support Mars Hill needs. Rob Smith, in his blog, Musings From Under the Bus, spells this out in some detail. In a post, aptly titled, We promise to tell the truth, some of the truth, but not the whole truth, we learn some disturbing details. He is concerned that Mars Hill continues to refuse to tell folks how much of their donations were spent in the designated missions fields of Ethiopia and India. Accountants will enjoy this assessment.

They tell donors that funds going to India and Ethiopia have been consistent over the years, with an increase in 2012 to 2014.

Well, what I learned as a member of Mars Hill while traveling with certain Acts 29 leaders in Africa, was that the Indian pastors were given a monthly stipend to assist them. If my memory serves me correctly, it was about $75 per month per pastor.

So if Mars Hill is being consistent, which they claim, then prior to 2012 they supported no more than 33 Indian pastors at a cost of about $2,475 per month. In 2012, Sutton Turner attracted Mars Hill to support Ethiopian pastors, and 40 evangelists are being supported. To be consistent, they would also get a monthly stipend. So perhaps from 2012 to 2014 the total Indian and Ethiopian ministers being supported totaled 73, which at $100 per month amounts to $7,300 per month.

For us non-accountants, here is the bottom line. Less than 1% of donations went to Ethiopia and India. 1 stinking percent!

Given the “confusing” but otherwise blatant implication that donors are giving to the poor, needy Africans in Ethiopia, it would be a shocking truth to discover that after the preponderance of money spent locally buying U.S. buildings and paying U.S. salaries, the remainder that went to India and Ethiopia was less than 1%.

My advice? Stop giving your money to some of these churches and donate the money directly to groups who actually care about the mission field as opposed to pastors's salaries (estimated to be in the $1 million range), fancy buildings, and ridiculously expensive sound systems. There is much more to this story and I recommend that you follow Rob Smith and Warren Throckmorton to keep abreast of developments.

The 4th of July

Jonathan Merritt penned What many Christian get wrong on July 4th.

He looks at the issue of American exceptionalism.

This July 4th, like every other I remember, I’m going to a birthday party for a nation. But what makes this party unique from others is that the birthday girl—America—thinks she’s the fairest of them all. According to a 2013 Rasmussen poll, 59 percent of likely U.S. voters believe the United States is more exceptional than other nations. Just 27 percent disagree.

He makes a provocative statement.

What does he mean?

Many conservative Christians have long held that America has somehow achieved special standing with God. Working on a fundamental belief that obedience to God brings blessings and disobedience brings curses, these thinkers believe we’ve earned God’s blessings through historical obedience. This is rooted in several false beliefs, such as America being founded as a “sacred Christian nation” and the misapplication of Biblical passages addressing Israel to America.

…I love America, and I wouldn’t live anywhere else. But I also recognize the many difficulties in our country that aren’t so exceptional. We maintain a relatively high murder rate for an industrialized nation, and we have a high rate of prisoner execution. Our educational system is failing to compete with other nations, and continues to work against disadvantaged children in poor communities. An ideology that is constantly used as a tool to quiet those who want to deal honestly with our problems is a broken one.

He ends with a call to humility and a reminder of unmerited favor.

Accepting that America is exceptional due to God’s unmerited favor breeds the virtues of gratitude and humility. But a belief that America is the recipient of divine favoritism, on the other hand, breeds arrogance and triumphalism—an arrogance that robs one of any claims to being truly exceptional.

This July 4th, celebrate with gratitude, not with boastful entitlement. Let’s light fireworks, gather our friends and family, throw hot dogs on the grill. And most importantly, let’s bow our heads in humble gratitude to the grace-giver.

Thank you to all who have served our country in the military.

TWW reminds our readers that we support The Wounded Warriors Project. The following is a video of our wounded heroes, set to Carrie Underwood's "I'll Stand By You."