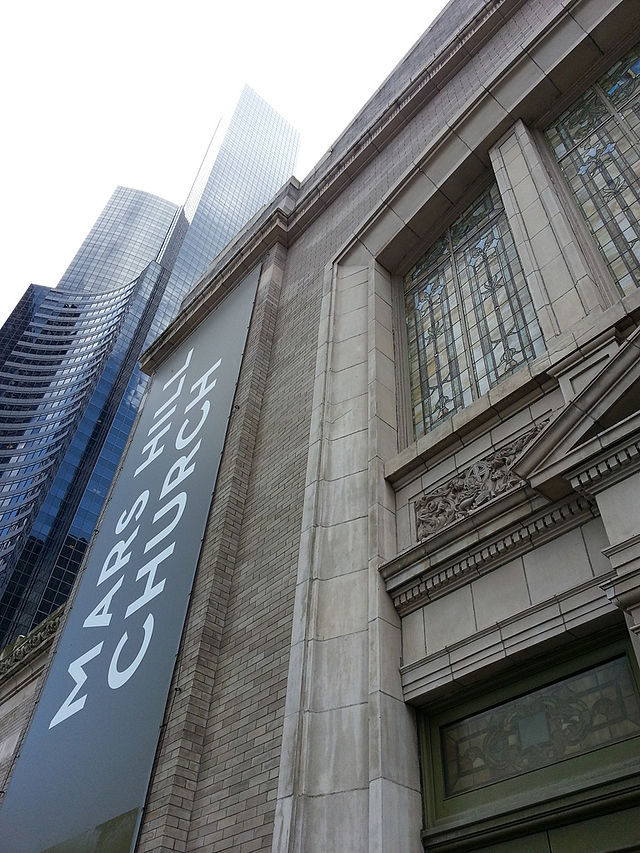 In case you haven't heard, Mars Hill Church will soon be hosting college and seminary classes at its Bellevue campus.  The church posted the following announcement last December:

We are excited to announce that we have agreed to terms with Corban University to host a one-year certificate in Biblical Studies, and with Western Seminary to host a Master of Arts and Master of Divinity program at Mars Hill Church Bellevue. Classes will start in the fall of 2014.

Corban University was founded in 1935 in Phoenix, Arizona. It later relocated to Oakland, California and then in 1969 moved to its current location in Salem, Oregon.  The name changed to Corban University in 2005. "Corban" is "a Hebrew word adopted into the Greek of the New Testament and left untranslated. It occurs only once (Mark 7:11) … and means a gift or offering consecrated to God."

Western Seminary began in 1927 at a church in Portland, Oregon and in 1944 it relocated to a slope on Mt. Tabor, where it currently remains.  According to the seminary website:

the Portland Campus has the highest student enrollment of any seminary in the Pacific Northwest, thanks to Western’s hallmark efforts to train working students who live in the Oregon, Washington, and far beyond.

These are some Western Seminary alumni whose names you might recognize — Mark Driscoll, Bruce Ware, Tim LaHaye, Stu Weber, and Bruce Wilkinson.  And here are the names of some of those who teach at the Portland campus:

Don Carson, Ray Ortlund Jr., and Tom Schreiner (all adjunct and visiting faculty), along with Gerry Breshears, who has written several books with Mark Driscoll, including:

Hopefully, all of these books have been properly footnoted since a seminary professor co-wrote them…

Over the years, Western Seminary has expanded with campuses in San Jose, Sacramento, and Seattle (starting in the fall).

As Mark Driscoll stated in the video:

Here are the details.  Mars Hill is officially hosting a teaching site for Western Seminary. The Northwest Commission on Colleges and Universities have given their blessing and approval, so it’s all finalized for accrediting.  That means that as of now you can earn a 1 year graduate studies certificate here in Mars Hill Bellevue where I’m standing today or you can take up to 28 credits of core Bible, Theology and Ministry Skills that will apply toward a fully accredited degree at Western Seminary.

Ever since we read the testimony of Darlene Lopez (posted on the We Love Mars Hill website), we have been wondering the very same thing.  Please take time to read Darlene's account of what happened at her church, which became the first out-of-state satellite campus for Mars Hill Church.  It provides some insights into how Mars Hill Mark's Hill operates.  We were flabbergasted when we read this portion of Darlene's testimony:

A couple months passed and then she of the blue said, “I don’t want to be your friend. I went to a demon trial”. Apparently, the elders were doing demon trials on members or anyone who had oppression in their life. Mark Driscoll wrote this whole procedure on how to summon, and then put on trial the demons that are oppressing the believer. It all sounded strange to us. I asked her why she couldn’t be my friend and she said my name was brought up in a demon trial.

Say what?!?  A demon trial?  Things must be getting really kooky over at Mark's Hill…

We looked at what Driscoll had written regarding this topic and found a lengthy treatise on Spiritual Warfare published in 2008 on the Mars Hill website.  We are assuming that 'demon trials' have been part of the 'Martian' culture for quite a while.  Here are screen shots of instructions (from Step #10) that we found especially bizarre: 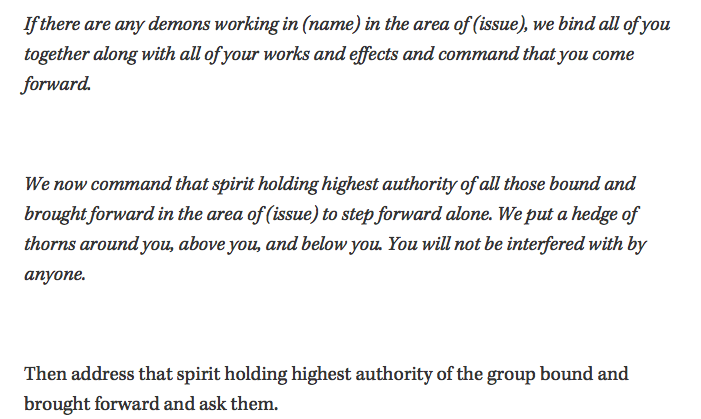 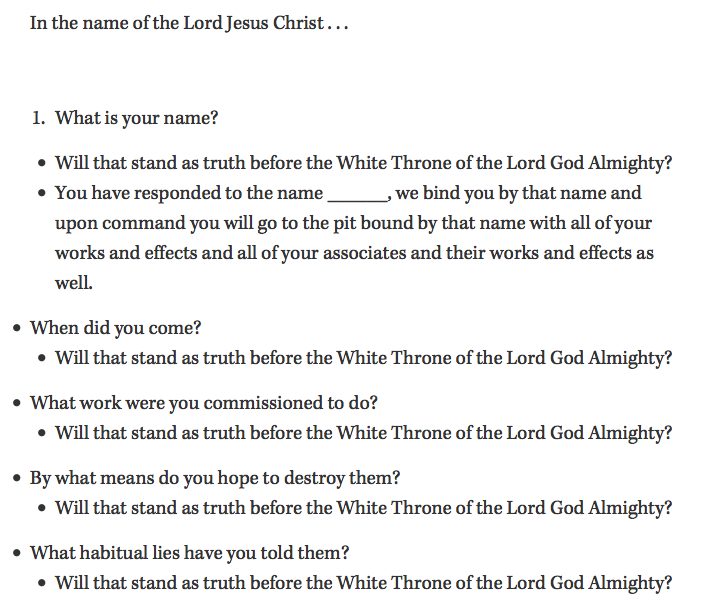 Seriously, we're not making this stuff up…

Blogger Tim Fall, whose website is cleverly called 'Just One Train Wreck After Another', has written an excellent post challenging the false doctrine of the Mars Hill demon trials.  We especially appreciated this section of his post: Taking Down Demon Names – who made that one up?  Tim provides a link to a post written by Dr. Warren Throckmorton over on the Patheos website.  In that post, Throckmorton writes:

You too can read about the procedure to conduct a demon trial on the Mars Hill website (how long will this remain on the site?). It is also a note on Mark Driscoll’s Facebook page. It is too long to reproduce here (go read it while it is still up, but if they take it down I will post a copy)

Over the years, I have seen the damage this approach can cause. People with mental illness, in their desperation, have sought out these experiences only to be worse off afterwards. The stigma against mental illness is a barrier to effective treatment of treatable conditions and management of chronic conditions. Procedures such as described here are certainly part of the problem.

Getting back to the demon trial as described by Mark Driscoll, he warns that one must be careful not to overlook any demons during the trial, which seems to indicate that Driscoll believes the demons are hiding and need to be exposed…

It appears that pop culture believes the very same thing.  As evidence, here is a song with which you are no doubt familiar.

You might be interested to know that there is a parody of this song called Where My Diamonds Hide.  Check out the sped up version, along with the normal version.

When it comes to Mark Driscoll and Mars Hill Church, truth really is stranger than fiction…

Just remember, 'it's all about Jesus'. 😉