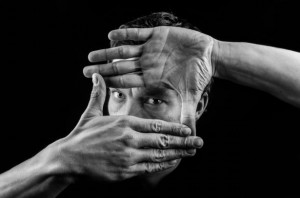 Shortly after all of this transpired, Dr Lewis went silent. It appears that her remarks on the matter might not have been well received by BJU. Allegedly, they were quite concerned about the post at TWW. It is alleged that BJU may have decided contact her current employer, North Greenville University.

It is vital to understand that BJU is IFB (Independent Fundamentalist Baptist.) In general they think (or at least used to think) that the SBC is too liberal! You read that right. They are a totally separate denomination from the SBC.  But it appears that BJU has some clout in the Greenville, SC area and it also appears that they also hold some sway over the SBC. Please read Dr Lewis' original post for some background.

Now imagine that! The SBC is cooperating with the IFB! Could it be that the rightward lurch of the SBC makes them more palatable to the IFB or are they making alliances because both have had questions raised about their commitment in dealing with sex abuse within their communities?

It would seem to this observer that NGU would proudly hold up Dr Camille Lewis as an example of just how serious the SBC is in dealing with sex abuse. But, they didn't. So, what does that have to say about both the IFB and the SBC when it comes to this issue? In my opinion, transparency does not seem to be in the cards. I truly that hope I am wrong.

I did call the media department at NGU for a comment but have not heard back from them. If I receive any statement, I will update the post.

TWW wants to applaud Dr. Lewis for her courage in dealing with the issues surrounding sex abuse and Christian universities. She has done so even though she knew this might put put her career on the line. In so doing, she is a hero! The IFB and the SBC needs more like her. Too bad that they do not seem to see it that way.

Please join us in praying for the Lewis family during this time.

In Some Dark Corner in our Land, You Gotta Let Your Little Light Shine

One such quality of significant important was the area’s dependency on home distillation and the widespread violence that resulted from the practice. . . . One violent measure that was prominent in the Dark Corner, but relatively unseen in other areas of the State, was the blood feud. The independent nature of Appalachian residents, the isolation of the culture, and the major emphasis on the ties of one’s family set the stage for the birth and the continuation of many generational feuds.

Joshua Beau Blackwell, Used to Be A Rough Place in Them Hills, Moonshine, the Dark Corner, and the New South

Have you heard the one about the difference between a Baptist and a Methodist? A Methodist says hello to you in the liquor store.

I get that joke now.

I live in South Carolina’s Dark Corner. John C. Calhoun gave us the name because ours is the only voting district in the state which did NOT support his 1832 Act of Nullification. “The bright light of nullification will never shine in that dark corner,” he said. For the following generation of Southerners, this “corner” became the prime spot to escape conscription in the Confederate Army. Those draft-dodgers and their kin hung around to put their corn (can’t grow cotton in these hills) to the best monetary use they knew: moonshine.

We have our own folk hero here, our own Robin Hood — “Major” Lewis Redmond. He got his name during the Civil War, not because he was an actual major. No, he was a little kid who hung around the army camp, and like most Southern titles, at least the ones that mean anything around here, he was given that nickname by his cohorts. He grew up to be a symbol of ruthless vigilante justice. When US Marshall Duckworth arrested him for illegal moonshining, Redmond pulled out a hidden Derringer and shot him in the throat. The marshall’s collar button traveled into his gullet ahead of the bullet, and the marshall stumbled to a fresh water spring. As he struggled to get a drink, water gushed out of the bullet hole. Duckworth died, of course, and Redmond was sentenced to execution by hanging. But President Arthur pardoned him . . . if he promised to make ‘shine for the federal troops in South Carolina.

Now some of those draft-dodging, marshall-killing mountain folk got rich on that ‘shine. And when you get rich, you want roots. And roots need nurture or, in other words, education. So the moonshiners built a high school which became a Junior College and then a University.

Right there, at the foot of Glassy Mountain — where the mountain’s oldest church is known for its blood feud back in the day — right there is where the moonshiners built their school, all proper-like, for their kin. Right there is North Greenville University.

Redmond’s great-great-great-great grandson was in my public speaking class last semester at North Greenville University. He told that story for his informative speech. He started by holding up a Mason jar full of clear liquid. He pointed at it and said with that lovely mountain lilt, “This? . . . Well, this is water.”

The class burst out laughing. It was the Dark Corner code he was exposing. And the students all knew it.

They knew it organically. And I’m getting it, slowly.

I looked around and giggled. I have a Mason jar above my fridge just like that. It’s unopened, a gift from I-don’t-know-who. Like a mountain “fruit cake,” homemade and label-less. It’s much more hipster than the bathtub gin my grandfather sent my 4yo mother to get from the neighbors on Lyford Street in 1933 Detroit. “I want some hooch” she remembers saying after she tapped on the basement window.

But you know, every one of my students’ parents probably has a similar jar of ‘shine in a dark corner in a cabinet. We all do. That’s the joke. That’s the code.

NGU doesn’t hide the fact that moonshiners built their campus. But it’s part of that code. “We’re here because the moonshiners started us, but doncha drink, ya hear?”

But everybody does it. And nobody talks about it.

I was raised a teetotaler. In my family in Detroit abstaining was a personal sign of moral fortitude. Alcohol itself did real physical and emotional damage to my mother’s family. Abstaining from it is like abstaining from saturated fats or high-fructose corn syrup. Based on my historical research, I think that’s how Frances Willard presented Temperance back in the day too.

Last February 28, the Wartburg Watch published my article about life at Bob Jones University, another Greenville county religious institution of higher learning about 15 miles from the Dark Corner. The day after the article was published someone in that Dark Corner approached NGU President Jimmy Epting saying that I was gossiping about the Jones family. This was the last in a long line of complaints about me, as I understand it. There had been 3-4 anonymous phone calls and another identified caller: the Bob Jones University Public Relations Director and former South Carolina GOP darling Randy Page.

Randy Page called some NGU administrator to say that because I was “attacking BJU” and I worked for NGU, NGU was, therefore, attacking BJU. Vice President for Academics, Randall Pannell proposed to me on March 4 that I “take a pause” while I was in NGU’s employ. And I did. I paused my scholarship and my media interviews and even my “likes” on Facebook and my commenting here at Wartburg Watch until May 5th after turning in my final grades at 5:05pm.

I have published quotations from that March 4th meeting, if you’d like to see them.

But the curious part to me is that he compared my public “pause” to the alcohol restriction for employees at NGU. He compared my speaking from my academic expertise and speaking out about the ongoing sexual abuse investigation by GRACE to consuming alcohol. His exact words were:

Maybe I can use this alcohol thing a little bit more as a possible thing. I do know and I’ve had people say with some of our adjuncts, “Well, I do occasionally like to have a glass of wine or something like that, but when I am teaching for North Greenville, I will not. Is that okay?” And we say, “Well, we don’t say that you never, ever have, just that you can’t.” . . . the metaphor [between speaking out and consuming alcohol] is very similar.

Putting on my rhetorician’s hat for a second, the grammar of that metaphor is as follows: speaking out is like drinking alcohol. We write it like a math problem:

Then we rhetoricians look at the other ideas that collect around those terms. We “round it out” to discover the “terministic screen.”

Adding in the fact that anonymous phone calls were made and unidentified (to me) people were targeting me specifically as the problem, we can continue to round out the grammatical analysis:

We could go on. In this ethic, however, there is no moral problem with anonymous phone calls and whispering campaigns. Institutional policy can be forged from them. Gossip really isn’t the problem either. Being public is the problem. Speaking “out of turn” is the problem. Being alone is the problem.

And silence, the ethic assumes, is the solution.

So that’s what teetotaling means up here. That’s the code. And it’s no joke.

Silence is what keeps this corner dark.

The February 12th New York Times article prompted BJU’s spokesman Randy Page to call NGU. The Times was reporting on Bob Jones University’s firing of their sexual abuse investigators, Boz Tchividiian’s G.R.A.C.E.That was the catalyst. I was talking publicly about sexual violence, so the PR man talked secretly to my employer.

Kathryn Joyce also interviewed me a week before my gag order and published her fine analysis in the American Prospect just hours before my silence was done.

Joshua Beau Blackwell wrote his master’s thesis on the Dark Corner. He initially explains the “blood feud” code of conduct.

The folk interpretation of Appalachia holds that the feud tradition is a remnant from the colonial settlement of the Scots-Irish and the English. However, the blood feud and inter-personal violence can also be viewed as a supplemental quasi-law in areas where the court system was weak or nonexistent. This was usually a manifestation of what the offended perceived as right and within the moral order. . . . the use of extreme violence lasted longer in the Dark Corner than in other portions of the State.

Violence keeps the “peace.” Or more precisely, a quiet and dark violence maintains a veneer of peace.

It’s no different than that August 1891 gun fight at Glassy Mountain’s Mountain Hill Church, the climax of a blood feud between the Gosnells and the Howards after Howard’s employee beat up Gosnell’s daughter the prior Sunday.

Did you catch that? A woman was beaten by her family rival’s employee, and the result was a shoot out at Sunday morning worship.

God help us in this Dark Corner in the middle of a county burned-over by the fires of “revival.”