Imagine yourself as a living house. God comes in to rebuild that house. At first, perhaps, you can understand what He is doing. He is getting the drains right and stopping the leaks in the roof and so on; you knew that those jobs needed doing and so you are not surprised. But presently He starts knocking the house about in a way that hurts abominably and does not seem to make any sense. What on earth is He up to? The explanation is that He is building quite a different house from the one you thought of – throwing out a new wing here, putting on an extra floor there, running up towers, making courtyards. You thought you were being made into a decent little cottage: but He is building a palace. He intends to come and live in it Himself.”   ― C.S. Lewis, Mere Christianity link 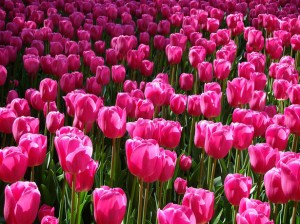 Why Jesus Understands Those Who Have Been Abused By the Church

On Good Friday, my family and I attended the Tenebrae service at Duke Chapel. Here is a link for those of you who have never seen this magnificent structure. Since it bills itself as a intradenominational church, I was curious to see how they would handle the saddest event in the history of the world. I believe that it was the finest Good Friday service that I have ever attended. The music, the Scripture readings, the darkening of the chapel, the 33 sad bells remembering the 33 years of the life of Jesus, were awe inspiring.

The sermon, given by The Rev. Luke Powery, Dean of Duke Chapel, hit me between the eyes. He said that we need to contemplate the body of tortured Jesus as much as we ponder His last words. As part of that examination, we must realize that wounds on His body were caused, in part, by the religious leaders. He looked out at the filled chapel and said that he knew there were those present who had been deeply wounded by religious leaders. He wanted to let us know that Jesus gets it.

Imagine my surprised this morning when I read a post on Religion News Service, written by Boz Tchividjian, titled Survivors and the Sufferings of Jesus which was posted on Good Friday. In this post, Tchividjian says:

This week I have found myself moved by how the sufferings of Jesus are tragically similar to the sufferings of so many who have been abused.   These similarities are no coincidence and for some reason they have been a source of comfort to me during this important week in the Christian faith.

He lists the pain surrounding the suffering experienced by Jesus. He was:

Abused and mocked by the Church "I have encountered too many survivors who have been dehumanized by a Church that mocks them and demands their silence. After being arrested, Jesus was immediately taken before Caiaphas the high priest.  In the place where one might hope that the Son of God would be loved and served, Jesus was mocked, slapped, spit upon and silenced.

Betrayed  "Over 90% of victims are abused by someone they know and trust" Jesus was betrayed by Judas who was part of His inner circle.

Abandoned: "Survivors are often abandoned when those they hope will walk alongside them fall asleep or flee." Remember the disciples that fell asleep in Jesus' darkest hour.

In the article, ​Boz uesed this phrase over and over again.

And then, in typical Boz fashion, he brings us to tears.

As I write this, I weep thinking about all those who feel so lost and alone on a dark road that seems to have no end.  You are an amazing soul and are not alone.

May this bring some hope and peace to those of you who have or are suffering.


Chick-fil-A's Dan Cathy Retires From the Culture Wars and Is Called a "Coward" By Tony Perkins: Why I Think This Is Not About Money.

Today, The Christian Post reported on a story in USA Today Chick-fil-A Wings In a New Direction. USA Today apparently believes that this is motivated purely by money.

About two years ago, Cathy made headlines after conceding to being "guilty as charged," in confirming Chick-fil-A's support of the traditional family. Both ardent supporters and angry picketers showed up at stores. While Cathy's comments didn't hurt short-term business — and even helped it — Chick-fil-A executives recognize that the comments may have done longer-term damage to the brand's image at the very time it was eyeing major growth outside its friendly Southern market.

Cathy drew the ire of same-sex marriage advocates in the summer of 2012 when he told The Biblical Recorder that the company "was supportive of the biblical definition of the family unit." In another interview he charged that America was "inviting God's judgment on our nation when we shake our fist at Him and say we know better than you as to what constitutes a marriage."

Recently, according to the Post, Cathy has changed his approach.

Last month he told The Atlanta Journal-Constitution that all of that was a mistake.

"Every leader goes through different phases of maturity, growth and development and it helps by (recognizing) the mistakes that you make," said Cathy. "And you learn from those mistakes. If not, you're just a fool. I'm thankful that I lived through it and I learned a lot from it."

While his position on the traditional definition of marriage has not changed, Cathy explained in a USA Today interview that his company's socially conservative agenda, which led them to donate millions to opponents of same-sex marriage in the past, has been tempered.

USA reports that Cathy told them

"All of us become more wise as time goes by," he says, apologetically, in a rare, one-hour sit-down interview. "We sincerely care about all people."

(He) derided business leaders like Cathy who temper their positions on same-sex marriage in the name of business.

Call me naive but I think that Cathy has undergone a change of heart. Here is the background. In 2013, TWW posted What RC Sproul and Ed Young Could Learn From Dan Cathy and an LGBT Activist

Dan Cathy, Chick-fil-A and Shane Windemeyer, LGBT activist, show us a way.
In today's increasingly contentious debate, we must go out of our way to acknowledge the problems in our camp as we point out the problems on the other side. In a remarkable story Dan and Me: My Coming Out as a Friend of Dan Cathy and Chick-fil-A  Link, we meet Shane  Windemeyer, an LGBT activist who helped organize the Chick-fil-A protests. But, an unlikely friendship developed between Dan Cathy and him. Both had every reason to distrust one another. If they can do it, so can Calvinists and non-Calvinists. Please read the whole story. You will not be sorry. Here are some excerpts.

Yes, after months of personal phone calls, text messages and in-person meetings, I am coming out in a new way, as a friend of Chick-fil-A's president and COO, Dan Cathy, and I am nervous about it. I have come to know him and Chick-fil-A in ways that I would not have thought possible when I first started hearing from LGBT students about their concerns over the chicken chain's giving practices.

For many this news of friendship might be shocking. After all, I am an out, 40-year-old gay man and a lifelong activist for equality. I am also the founder and executive director of Campus Pride, the leading national organization for lesbian, gay, bisexual, transgender (LGBT) and ally college students. Just seven months ago our organization advanced a national campaign against Chick-fil-A for the millions of dollars it donated to anti-LGBT organizations and divisive political groups that work each day to harm hardworking LGBT young people, adults and our families. I have spent quite some time being angry at and deeply distrustful of Dan Cathy and Chick-fil-A. If he had his way, my husband of 18 years and I would never be legally married.

… Dan and I shared respectful, enduring communication and built trust. His demeanor has always been one of kindness and openness. Even when I continued to directly question his public actions and the funding decisions, Dan embraced the opportunity to have dialogue and hear my perspective. He and I were committed to a better understanding of one another. Our mutual hope was to find common ground if possible, and to build respect no matter what. We learned about each other as people with opposing views, not as opposing people.

…During our meetings I came to see that the Chick-fil-A brand was being used by both sides of the political debate around gay marriage. The repercussion of this was a deep division and polarization that was fueling feelings of hate on all sides. As a result, we agreed to keep the ongoing nature of our meetings private for the time being. The fire needed no more fuel.

…Even as Campus Pride and so many in the community protested Chick-fil-A and its funding of groups like Family Research Council, Eagle Forum and Exodus International, the funding of these groups had already stopped. Dan Cathy and Chick-fil-A could have noted this publicly earlier. Instead, they chose to be patient, to engage in private dialogue, to reach understanding,and to share proof with me when it was official. There was no "caving"; there were no "concessions." There was, in my view, conscience.

Listen very carefully to Shane in this closing comment.

In the end, it is not about eating (or not eating a certain chicken sandwich). It is about sitting down at a table together and sharing our views as human beings, engaged in real, respectful, civil dialogue. Dan would probably call this act the biblical definition of hospitality. I would call it human decency. So long as we are all at the same table and talking, does it matter what we call it or what we eat?

Has that friendship continued? Yes, according to USA Today. Here is what they report.

One past critic has even become an unlikely fan. "Dan and I have an ongoing friendship," says Shane Windmeyer, executive director of the gay rights advocacy group Campus Pride. "I am appreciative for the common ground we have established in treating all people with dignity and respect — including LGBT people."

So, is it about money or has something changed? Cathy still believes in traditional marriage. At the same time, it appears that he has made a good friend in a gay activist and is now viewed as a "coward" by evangelical culture warriors.

You can never do enough for culture warriors. You either toe each and every line or you are out. I find this response by Perkins despicable. Cathy has always been public with his belief in Christianity. He defied the naysayers with his decision to close all of his stores on Sundays. Chick-fil-A has now surpassed Kentucky Fried Chicken in domestic sales.

I, for one, am glad that he appears to be extricating himself from the stranglehold of never satisfied "Christian" pundits. Good for him!