"I would imagine that if you could understand Morse code, a tap dancer would drive you crazy."
Mitch Hedberg link 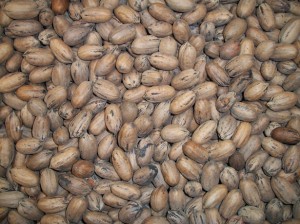 TWW is convinced that the gender debate is escalating due to radical complementarians. Did that make you sit up? Did you think that the names mentioned in the title of this post are not known for being radicals? Do you think we are exaggerating? This post is intended to prove our point. It is not based on old material. The statements that we are highlighting are recent and, in our opinion, concerning. It appears that, unless you are complementarian, you are not to be trusted, or even included amongst the ranks of" gospel"© Christians.

1. John Piper: The Bible allows for women prophets which proves that prophets must be fallible.

On Desiring God, November 16,2013 link, Tony Reinke wrote a post which was supposed to highlight John Piper's response to John MacArthur's Strange Fire Conference. Apparently, John Piper had been criticized for not offering more support for charismatic gifting. Piper appears to support a certain number of these gifts within his theological construct. That post appears to be an attempt to clarify his position.

And Piper seeks to obey those texts himself. “I pray for the gift of prophecy almost as often as I pray for anything, before I stand up to speak.”

So far so good. Now here is where it gets whacky. Piper is an advocate for the gift of prophecy within the context of the church. But Piper encountered a problem and attempted to resolve it. Most theologians have long advocated that the test of a true prophet would be that his/her prophecies were proven to be true. If they are not proven to be true, then their claim to speak for God is not true because God always speaks the truth.

Piper concluded the prophets must be fallible because women are allowed to be prophets!

Third, 1 Corinthians 11:4–5 encourages prophecies from women in the church. Said Piper, “I don’t see how women prophesying in the assembly fits with an infallible Scripture-level authority when Paul forbids that kind of authority to be exercised over men by women in the church in 1 Timothy 2:12. So the fact that women are encouraged to do this, and yet women are told not to exercise authority over men, says to me that we have got something going on here besides what is Scripture-level authority.”

His apparent belief in specific gender roles appear to be driving his theology. John MacArthur calls him to task on this matter in this post at Cripplegate by Mike Riccardi.

A. He disagree with Piper's conclusion that prophecies from true prophets are fallible.

But isn’t that precisely what we see in the Old Testament—God commanding His people to test those who spoke with infallible, inerrant, Scripture-quality authority? Whether someone predicted falsely (Deut. 18:20–22), or predicted truly and yet prescribed falsely (Deut. 13:1–5)—if what he spoke was not in accord with God’s previously revealed words—God commanded the people to judge him as a false prophet and condemn him to death. So, does the command to test and judge Old Testament prophets imply they could legitimately deliver fallible prophecies? Absolutely not. . . . To assume, as Piper does, that being told to test New Testament prophecies implies a brand-new category of “fallible prophecy” is baseless.

B. MacArthur, who is a complementarian, then disagrees with Piper due to Piper's views on women prophets.

But again I ask: Is the only legitimate answer to infer such a radical redefinition of the gift of prophecy, especially without a single explicit comment from any New Testament author? Is there another interpretation, which fits all the biblical data, does not depend on inference, and requires less explaining away of explicit prohibitions? Indeed, there is a still more excellent way.

…MacArthur goes on to offer those very interpretations in the rest of the post. Strongest amongst his three points is the observation that the existence of Old Testament prophetesses (like Miriam [Exod 15:20 ], Deborah [Jdg 4:4 ], and Huldah [2 Kgs 22:14 ]) prophesying with infallible, Scripture-level authority (since all agree that was the only kind of prophesy in the OT) did not undermine biblical gender roles. If Piper’s argument is that women exercising infallible prophecy doesn’t square with complementarianism, he’s either got to argue that the Old Testament was egalitarian or he’s got to abandon his objection.

Here is a direct link to John MacArthur's full response at Grace to You.

C. My conclusion: It appears that Piper is saying that, if women are involved in any authoritative way, there will have to be mistakes!

2. Owen Strachan/CBMW believe that any view except complementarian thought is non-Christian.

Dr. Strachan is Assistant Professor of Christian Theology & Church History at Boyce College in Louisville, Kentucky. He is a contributing writer for The Gospel Coalition, a blogger at Patheos, a blog columnist for Credo magazine, and a fellow of the Society for the Advancement of Ecclesial Theology

What his biography fails to include is the fact that he is the son-in-law of Bruce Ware, the chief advocate for the controversial doctrine called ESS: The Eternal Subordination of the Son. This doctrine includes that belief that Jesus will be subordinate to the Father in eternity. Ipso facto, women will be also subordinate to men in eternity. You can read Wayne Grudem's "proof" here. This argument has serious implications for the church.

For example, recently, CBMW reposted an article which claimed that gender roles will continue in heaven with, of course, the gospel boys being in charge and women hanging onto their every biblical command. You can read about it here. Here is a quote from that article.

So, one can be sure that Strachan will lead CBMW rigidly down the road of exacting gender roles. It is, after all, the family business. In spite of his obvious passion for this subject, the following statement came as a surprise to me. In an article for CBMW here, Strachan praises the complementarian views of Tim and Kathy Keller. Look how he defines non-Christian thought.

Any time a leading Christian resists the pull of *non-Christian thought* in the area of gender and sexuality, I rejoice.

It is vital to note that unless you view gender roles in precisely the same way as Strachan, you have fallen into the trap of non-Christian thinking. How long do you think it will be before Strachan declare that everyone who disagrees with his conclusions are probably "non-Christian?" In fact, are we really that far away from calling complementarianism the only gospel© position? Or have the gospel© boys already accomplished that mission?

I bet some of you are thinking that Dee is making a mountain out of a molehill? Well, let me lower the boom.

3. David Platt believes that we must defend complementarianism with our very lives for the sake of the gospel!

Bob Allen of The Associated Baptist Press reported on the following statements made by David Platt at Southern Seminary on March 20, 2014.

Brothers and sisters, this is one of the areas in our day where the word of God comes up totally against the patterns of our culture, and we’re forced to make a decision,” Platt said. “Are we going to believe the Bible or not?”

“Spiritual darkness engulfs the picture of marriage in our culture,” he explained.

“So let’s give ourselves to his design,” Platt urged students. “Let’s let this moment drive us to revive our marriages across the church so the gospel of God on display in marriage might be all the more clear in and through his church in the middle of this culture.”

The Christian faith has a long history of martyrdom. Those martyrs went to their deaths proclaiming the truth of Christ's death and Resurrection. It now appears we must also go to our deaths to defend gender roles. I, for one, will die to proclaim the truth of Christ. However, I will not go to the death to defend all male elder boards. I.Will.Not.Do.It. Nope, not a chance.

I see the absolute confusion as to what constitutes proper gender roles within the leaders of this group. Mary Kassian (the self proclaimed inventor of the term "complementarianism) says that the female gender role has nothing whatsoever to do with housekeeping, child raising or working outside the home link and link. Yet, Owen Strachan calls men who stay at home to raise the children "male fails." The members of this movement are not convincing others because they cannot define it themselves. (Digression: you know who are real male fails? Guys who are afraid to take comments on their blogs.)

Platt claims that we must be complementarian in order to to make the gospel© clear. I have news for Platt, Piper, Strachan. and Kassian. You have failed, and failed miserably. I am a well versed Christian who has traveled and lived all over the country. I have never once, let me repeat, never once, heard anyone say something to the effect of "Gee, now I get the gospel. Fred and Mabel are perfect examples. Mabel submits like Christ and Fred rules like the Father. Yep-now it all makes sense. Can I be spontaneously baptized?"

In order for something to be a clear picture, it must be able to be clearly defined and observed.The simplistic answer "I know what it looks like for me, not for anybody else," is absolutely useless. If marriages is held up as a clear example of the "gospel©," then it must be able to be defined. It's not. Wayne Grudem attempted to do this with his 83 rules and it was an embarrassment. That may be why no one else has tried.

In my obviously fallible, female opinion, there is no reason to try because we have all been given the real picture of the Gospel. It is the birth, life, death and Resurrection of Jesus Christ who did just fine without being married. Paul didn't do so bad himself.

Let me leave you with the main points summarized in case you have forgotten. Please don't forget. It is time for all of us to point out the craziness which is infecting the church.