Contrary to what the politicians and religious leaders would like us to believe, the world won't be made safer by creating barriers between people.
Michael Palin link 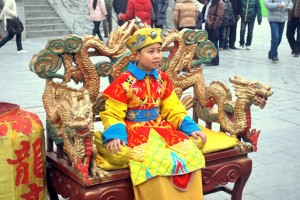 I have found the whole complementarian ( to be aka "comp") debate confusing. However, I have come to the conclusion that my confusion is not due to my lack of study and contemplation. It is possibly due to what appears to be a hidden agenda on the part of some so-called complementarians. On the surface, it appears that the basic belief structure of this movement is:

1. Only men as pastors and elders
2. Men as the head of the family with the tie breaking vote.

We were criticized by one pastor who said, from the pulpit, that we "do not believe in male leadership in the family." This was most confusing to us since the two of us have been married for decades and we have lived what many would think are traditional lives. In fact, I would be happy to put my family life up against any supposed complementarian marriage and ask the observers delineate the differences. I would predict that they would have difficulty since I subscribe to the "servant to one another" model.

I have asked complementarians of all sorts to give me examples of what makes them complementarian and different than me. The usual response is "I can only tell you what it looks like in terms of my family." This is a problem because it says that there is no model for such behavior that is recognizable. It is ethereal and unable to apprehended but simple examples. If we cannot show it then how do we do it?

I believe it is difficult because the examples by men like Piper and other pastors are often times almost silly. For example, Piper's advice for women to avoid becoming muscular link. I recently received an informative email from a reader who shared some documents from his well-known church. This example is another strange way to show "submission." No wonder many are loathe to give examples.

Women are not to initiate important conversations. They must wait until the husband brings them up.

The self identified founder of the complementarian movement, Mary Kassian, laid out, along with Dr. Dorothy Patterson link, what the comp movement is not:

As her husband fired Sherri Klouda at SWBTS, Dr. Dorothy Patterson, under her husband's covering and wearing her hat link, implemented a degree program in homemaking at SWBTS link.

Mary Kassian tried to "pooh pooh" the idea that "Mrs" Patterson's demeanor was anything more than a gentile gesture of a Southern lady, but she is either wrong or obfuscating link.

(I call her “Mrs” because she’s a Southern Belle—and the venerable Steel Magnolias of her generation who were raised in the post-war 40s and 50s have some pretty strong opinions about proper titles, matching shoes and purses, silverware patterns, and things like that.

Also, she takes pains to "nuance" a quote by Dr. Dorothy from the 1990s link.

(Dr Dorothy writes) “Keeping the home is God’s assignment to the wife—even down to changing the sheets, doing the laundry, and scrubbing the floors.” (p. 23) “We need mothers who are not only family-oriented but also family-obsessed.” (p. 178)

Kassian claims to be irritated that  that Rachel Held Evans used 20 year old material written by Patterson  but kind of forgets” to remind her audience that CBMW republished the article in 2006 in the Recovering Biblical Manhood and Womanhood Book! “Link

“Mrs. Patterson told me that she would nuance the first quote by clarifying that “though she may not do these chores herself, she senses the responsibility to see that her home is kept in order.”  (Ed. note:No nuance needed back in 2006 but seems to be needed now).

So, are they just "naive" or are they jumping through hoops to obfuscate the trajectory of contemporary complementarianism.   Why do I say this? Read this comment by Kassian.

My complementarian colleagues do not embrace the term"patriarchy." And like you, I am gravely concerned about some of the abuses and oppression of women arising from that ideology."

Once again, is Kassian a grossly misinformed "leader of the comps" or is she purposely muddying the waters? She has given us contradictory information and then seems frustrated when women like Rachel Held Evans do not understand. But, the fault sits squarely at their feet. They are giving us confusing information. Let's look at her colleague in gender confusion.

I am beginning to think that there is a group of men (and the women who love and follow them) who are dedicated to reducing the role of women in any sort of leadership role within evangelicalism, and in particular, the SBC.  Last Friday, we discussed the fact that female professors are leaving (or being encouraged to leave) Cedarville University. Are the issues at Cedarville and the issues of the ERLC connected? If they are not, then there is a huge coincidence occurring.

“Russell Moore is the dean of the School of Theology and Senior VP for Academic Administration at Southern Baptist Seminary. He is also an apologist for complementarian relationships but here is what he has to say about the word complementarian:

If complementarians are to reclaim the debate, we must not fear making a claim that is disturbingly counter-cultural and yet strikingly biblical, a claim that the less-than-evangelical feminists understand increasingly: Christianity is undergirded by a vision of patriarchy. This claim is rendered all the more controversial because it threatens complementarianism as a “movement.”

Not all complementarians can agree about the larger themes of Scripture—only broadly on some principles and negatively on what Scripture definitely does not allow (i.e… women as pastors). Even to use the word “patriarchy” in an evangelical context is uncomfortable since the word is deemed “negative” even by most complementarians. But evangelicals should ask why patriarchy seems negative to those of us who serve the God of Abraham, Isaac, and Jacob—the God and Father of Jesus Christ.”

Russell Moore is a hardcore patriarch in his own words. He also says this link.

What I fear is that we have many people in evangelicalism who can check off “complementarian” on a box but who really aren’t living out complementarian lives. Sometimes I fear we have marriages that are functionally egalitarian, because they are within the structure of the larger society. If all we are doing is saying “male headship” and “wives submit to your husbands,” but we’re not really defining what that looks like . . . in this kind of culture, when those things are being challenged, then it’s simply going to go away………If complementarians are to reclaim the debate, we must not fear making a claim that is disturbingly counter-cultural and yet strikingly biblical,

Russell Moore is afraid. He also believes that most complementarians are not living out "real complementarian" lives.  Uh, oh… Something is about to change.

What is the goal of ERLC link?

The ERLC is dedicated to engaging the culture with the gospel of Jesus Christ and speaking to issues in the public square for the protection of religious liberty and human flourishing. Our vision can be summed up in three words: kingdom, culture and mission.

Since its inception, the ERLC has been defined around a holistic vision of the kingdom of God, leading the culture to change within the church itself and then as the church addresses the world.

The Ethics & Religious Liberty Commission exists to assist the churches by helping them understand the moral demands of the gospel, apply Christian principles to moral and social problems and questions of public policy, and to promote religious liberty in cooperation with the churches and other Southern Baptist entities.

Did you know that only pastors are qualified to determine issues of ethics and religious liberty?

Promoting religious liberty sounds like a broad category. Applying Christian principles to moral and social problems sounds fairly broad as well. However, this group immediately seeks to restrict the membership in the group that oversees its activities. For some reason one must have been a pastor in order to serve on the Council.  Why is this necessary for the broad goals as defined by the mission statement?

What is the Leadership Council link?

The ERLC Leadership Network Council is a collection of SBC pastors and leaders who serve as an advisory council for the Network and receive intentional investment from the ERLC team. During their annual term, these council members enjoy equipping through conference calls and events while providing direction for the Network and occasional content for erlc.com. From coast to coast, from mega church to country church, and from a variety of backgrounds, these pastors and leaders represent a cross section of evangelicalism in general and the SBC in particular. All Leadership Council members either currently are or have previously served in pastoral ministry.

How to marginalize women without having to say "no women allowed".

The reason for the restriction seems rather clear. Women are not allowed to serve on the Leadership Council link

The Leadership Network is the broad group that the Leadership Council serves. The ERLC Leadership Network Council is a collection of SBC pastors and leaders who serve as an advisory council for the broader Network and receive intentional investment from the ERLC team. While any like minded Christian can choose to be a part of the Network, the Council is an annual invitation-only opportunity for SBC pastors and leaders. The reason there are no women on the Leadership Council is because a requirement for membership is that members have previously served or are currently serving in pastoral ministry.

Why was it necessary to make service on this council restricted to those with pastoral experience?

Think about it. Christian women in public life and service are not qualified to serve on a council that determines SBC public policy. Why are women not equipped to speak to issues to public policy? I thought that the SBC supported the role of women in the public arena. Many of them supported Sarah Palin's run for vice president (this is for example only, not for a discussion of politics) for example. Yet, the ERLC has established guidelines which would limit the role of women in this area.

Will future committees only appoint those in pastoral roles in order to freeze out women?

Could it be that this will be the method with which the uber-complementarian/patriarchy crowd will eliminate women who serve in leadership roles within the SBC? This could have far reaching consequences. Will other organizations take a lesson from this group and start using "pastoral experience" as a qualification to serve on any national or local committee?

I believe that this is just the beginning of increasing efforts to freeze out women from any positions of influence within the SBC. The patriarchs have arrived… One thing is certain. This sort of maneuvering will lead to more people are getting the heck out of the SBC.

PS: I know that "anyone" can join the Network. The Council is limited to appointed men and  many of them have connections to SBTS link. What a surprise!