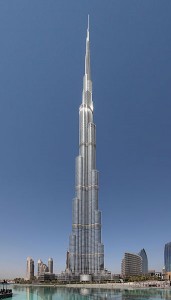 Yesterday, we discovered a highly disturbing video with what could be perceived, by some, as threatening language.

We do not know who is in charge of the Cross Conference ( a new Reformed student missions conference link ) but we know our readers will make sure this gets to them. We are sorry to break into our series on an Acts 29 church but we feel this is an emergency. We are not exaggerating.

What would most Americans think if a Muslim imam stood in front of the Sears Tower in Chicago, speaking about the pillars of Islam, and then said: "We will take this tower and city down!" Obviously, there would be an outcry of mammoth proportions.

We are not questioning John Piper's motives. We know he is talking about a spiritual dimension. However, can you imagine how it could be viewed by the people in the United Arab Emirates? Please, for the sake of the Message, remove this video now!

The above quote takes place in the first 20+ seconds.